91mobiles.com
Home News Around 40,000 mobile phone stores could close within the next six months:...
Highlights 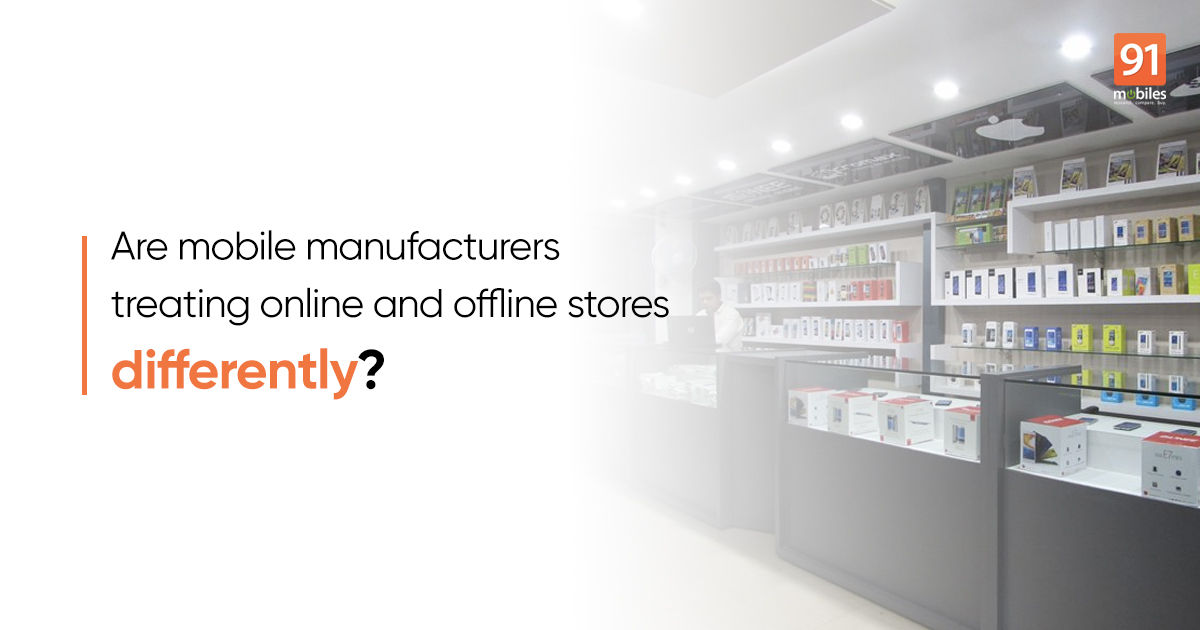 Offline smartphone retailers have been at odds with online platforms for a while now. Retailers have been hit hard as smartphone OEMs are looking to e-commerce platforms for sales of new devices, leaving offline stores with low stock and very little profit margins. If our sources are true, about 35,000 to 40,000 retail shops may shut down in India within the next 6 months. Many offline mobile store owners are struggling to make ends meet owing to limited supply of smartphones and competition from the online sector. The COVID-19 pandemic has reduced production and has lowered stock of phones, but experts believe that the phone-makers are also to be blamed here. “Mobile manufacturers are giving different treatment to online and offline stores,” said Arvinder Khurana, National President of All India Mobile Retail Association (AIMRA) exclusively to 91mobiles.

“It is true that smartphone production is not at its 100 percent due to the virus outbreak, but whatever is being produced is sold through online channels, while the offline retailers are kept waiting,” Khurana added. This is because selling smartphones via e-stores help brands save margins, thereby increasing their profitability.

“We have not received any stock from what you call the number one smartphone brand for the last 3 months,” said one Delhi-based mobile retailer to 91mobiles. “It is not that their people do not come. They (Xiaomi) give us Mi 10 instead of Redmi Note 9 Pro and other popular smartphones in the category. High demand phones are being sold online.” The Xiaomi Mi 10 is a premium smartphone, likely to sell in fewer numbers compared to more popular, affordable phones like the Redmi Note 9 Pro.

“It’s not just Xiaomi but other brands including Realme are also doing the same. The retail stores are preferring online stores over offline,” the retailer added. A similar experience was shared by a retailer in Karol Bagh, who sells both Xiaomi and Realme smartphones. “Today I don’t have any devices, but at Gaffar market next door, smartphones purchased online are being sold in black. So it is true that many mobile shops are facing closure.”

A Rajasthan-based retailer, on the other hand, added that they are being forced to sell unpopular smartphones. “Things are starting to get worse. Smartphones that are in demand are not available to us. We’re being forced to sell unpopular smartphones, which have no takers.” He did appreciate Vivo, saying that it’s the only company that’s saving offline stores. The condition of retailers seems to worsening day by day, and if the situation doesn’t change soon, a large number of offline stores are likely to shut in the next six months.

~ With inputs from Mukesh Singh