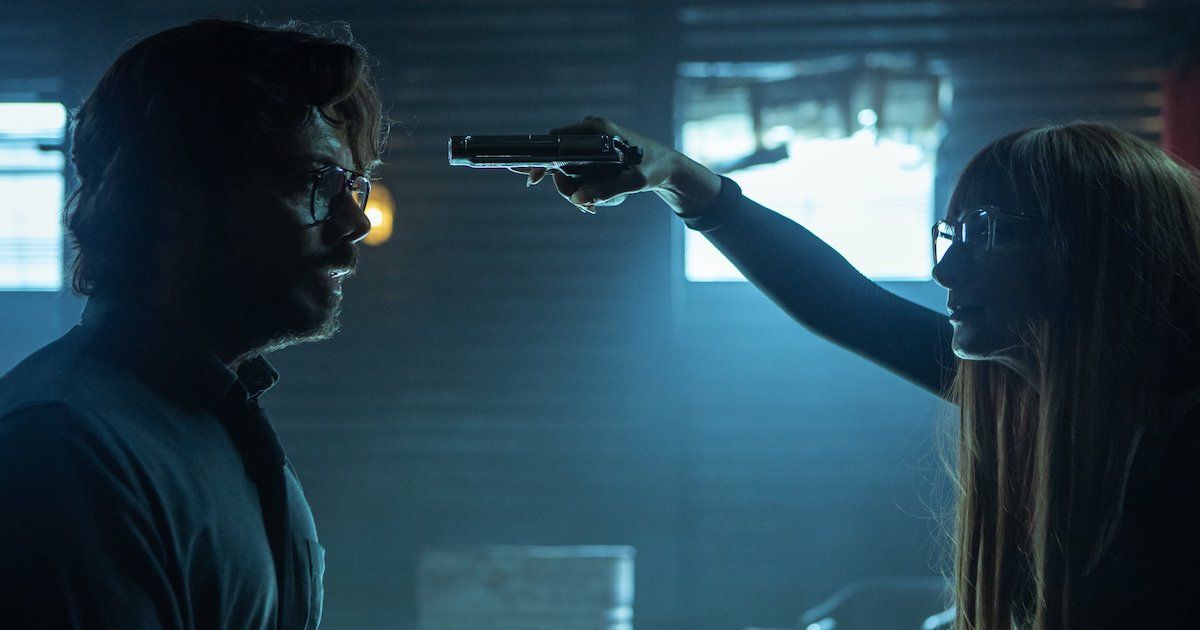 Money Heist Season 5 has been released in India, and the story picks up from where it left in the last season, with Professor being captured by Sierra. Meanwhile, others have been stuck in the bank for 100 hours now, and their darkest hours are upon them now. Well, if you’re one of those dedicated binge-watchers, then you might have binged all five episodes of Money Heist Season 5 Volume 1 by now. Volume 2 releases only in December and you might be looking for Money Heist-like shows on Netflix. Now, if you’re looking for Money Heist-like shows to watch on Netflix, here are some recommendations with lots of drama, twists, and thrill. 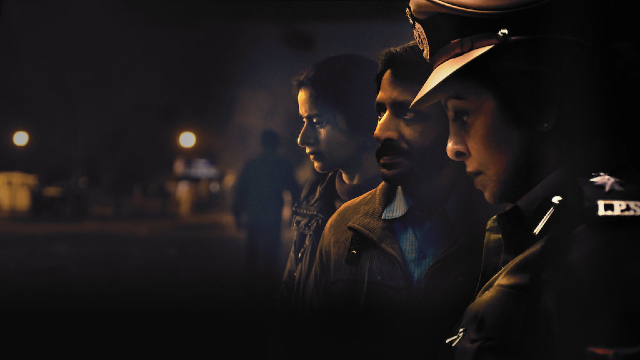 Delhi Crime is based on the real events of the Nirbhaya gang-rape case, trying to capture the aftermath of the incident. It is a seven-episode series of around an hour each. The series follows a special Delhi Police task force led by DCP Vartika Chaturvedi (Shefali Shah) to hunt down six culprits. The first takes you back to the winter of 2012 when the Nirbhaya gang-rape case shook the country. Then it follows a no-nonsense DCP, Vartika Chaturvedi, overcoming several hurdles to find the culprits behind the heinous crime. The series takes a very realistic approach to the whole story and brilliantly showcases what happened in 2012 and what the special task force went through during the investigation. The show has also won the best drama series honour at the 48th International Emmy Awards. 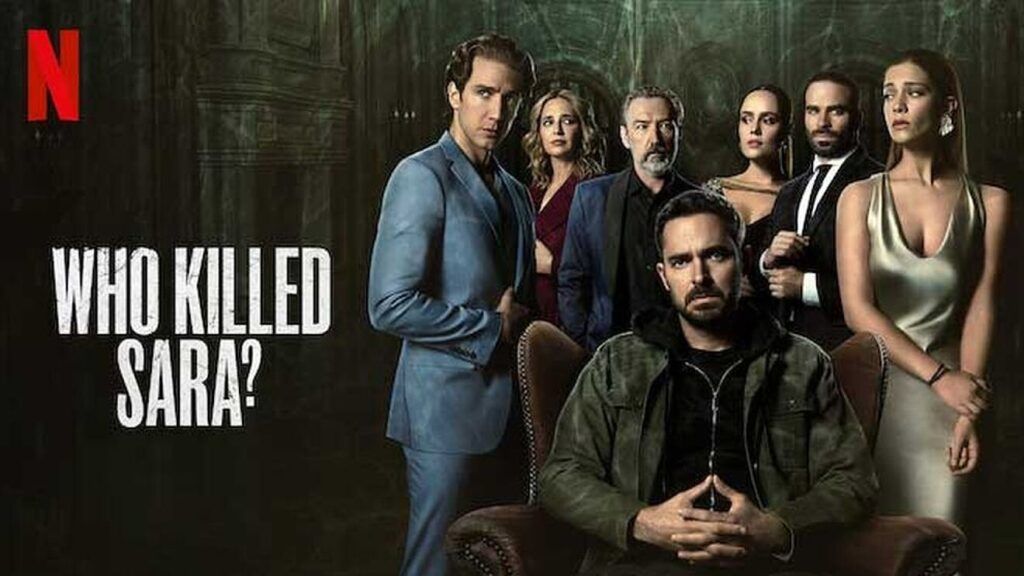 The question here is evident, Who killed Sara? The series starts with Sara’s brother Alex being framed for his sister’s murder. After spending 18 years in prison, Alex goes on to find the real culprit behind his sister’s mother. The series has two seasons, and a third season is said to be under development. If you’re looking for a compelling murder mystery with a pinch of revenge, then Who Killed Sara? could be a great next watch for you this weekend. 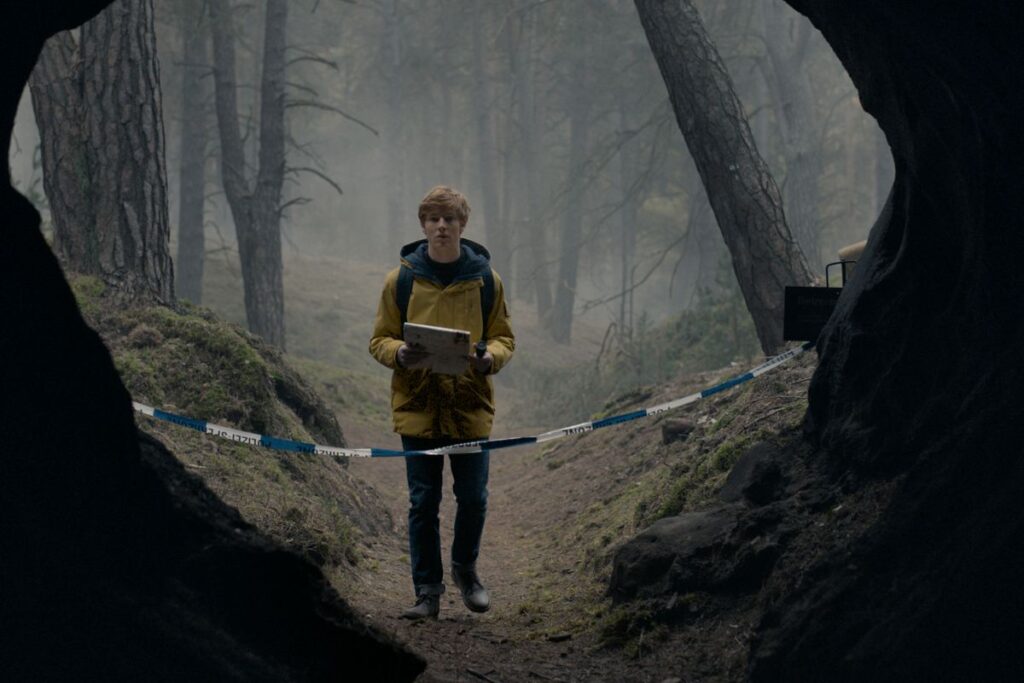 Dark is one of the most thrilling TV show to come out in a while. It follows a family based out of Germany but with a twist of a supernatural backdrop. The series is based in a small town in Germany where two children go missing, and then the story takes a surprising twist while their families search for them. The Dark has is a three-season long series with a total of 26 episodes. It could be a great watch if you want some family drama with some science fiction twists. 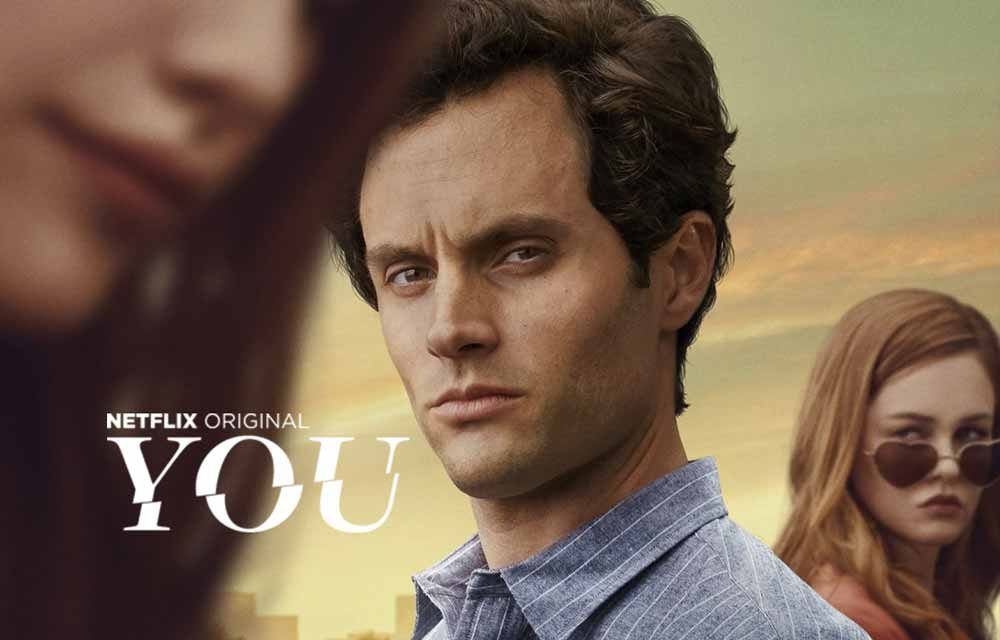 You start with an important question, “What would you do for love?”. The series is all about answering this question. The show tells the story of Joe Goldberg, a bookstore manager, who crosses the path with an aspiring writer, and Goldberg becomes obsessed with the writer. Well, this obsession turns into stalking, and he gets hell-bent on getting close to her even if he needs to kill people. Then what follows is an interesting turn of events and Joe’s answer to “What would you do for love?” 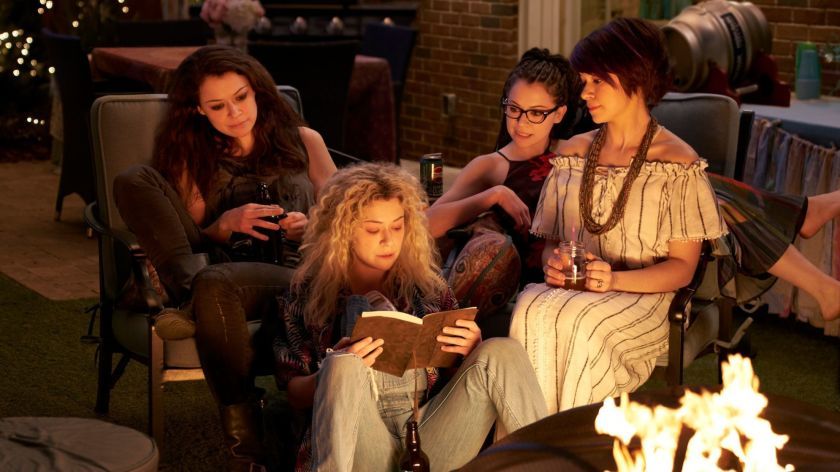 The Orphan Black is a Canadian thriller TV series. It tells the story of Sarah, who assumes the stranger’s identity after her suicide, but later, she learns an uncanny truth, that she and the stranger are clones. As Sarah begins searching for answers, she gets into a muddy situation, where an assassin is killing more people like her. The series is a perfect blend of mystery, thrill and sci-fi, with some elements of comedy blended into the story. So, if you’re looking for some thrill and suspense this weekend, then you should hit that play button showing up on your screen. 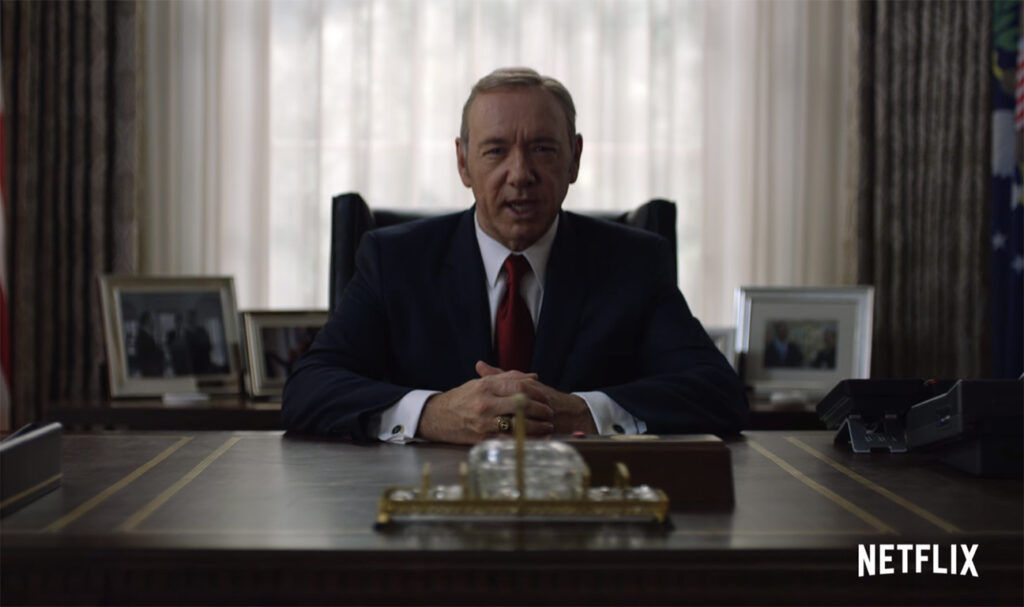 The story is set in the present time, following the story of Frank Underwood, a Democrat from the House Majority Whip, who goes on to win the House by any means possible with the help of his wife, Claire. House of Cards is not your typical thriller, but the drama ensures you don’t leave your seat until the last second. So, if you’re up for some political drama, then House of Cards should be next on your list. 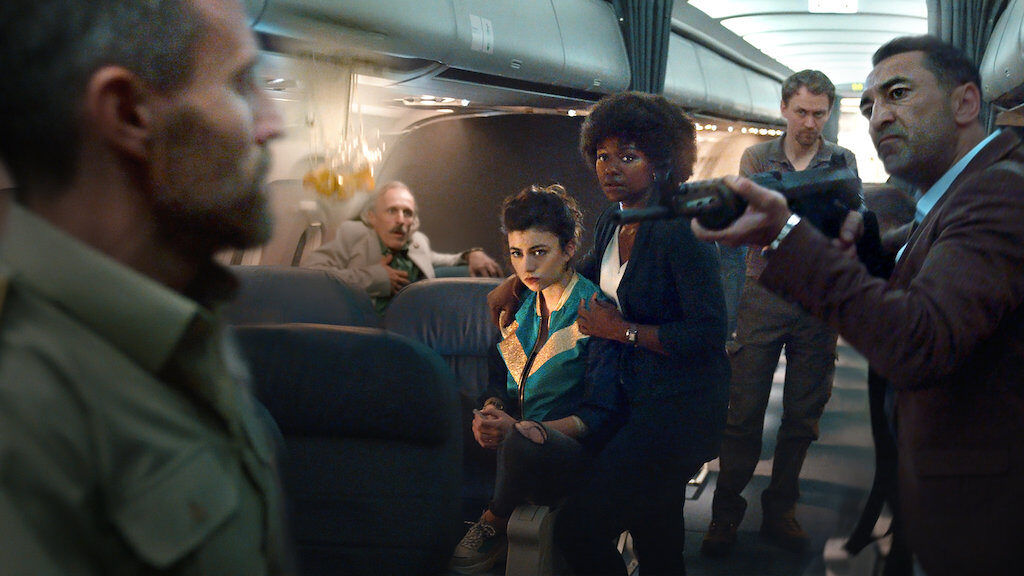 The TV series revolves around a group of people whose plane gets hijacked, and they fight against time to run away to the west into the night as the sun suddenly starts killing people. To reach an underground military bunker, the group must overcome different problems such as fuel and food, hidden agendas. Into the Night is based on a Polish science fiction novel, The Old Axolotl, by Jacek Dukaj. The series includes 6 episodes, and it is a good mix of drama, thrill, and sci-fi. 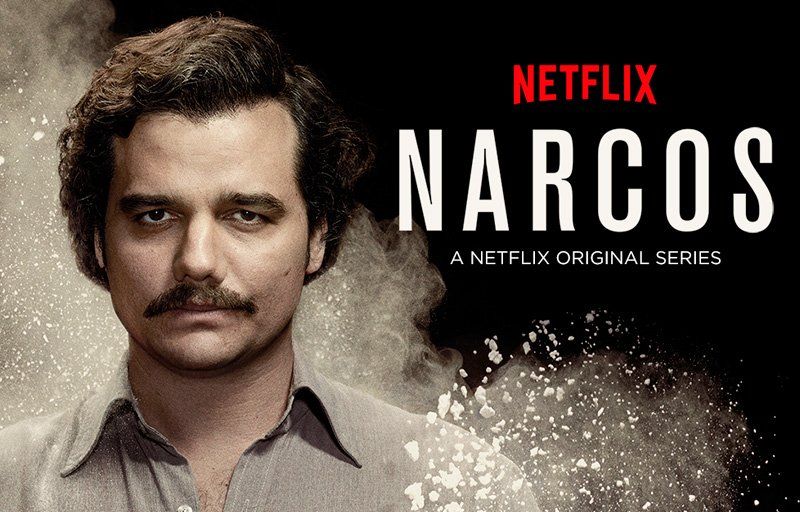 Unlike every other show in this list, Narcos is based on the real story of Colombian drug lord Pablo Escobar. The series covers Pablo’s journey on how he rose to power by producing and distributing cocaine while tackling other drug kingpins, DEA, and opposition until his death. The series ensures a gripping crime thriller with lots of drama until the end. So, Narcos could be a great watch if you still have adrenaline left inside you. 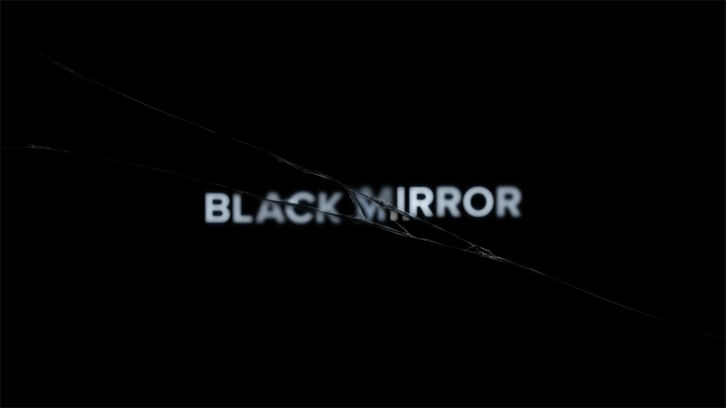 Black Mirror is a British anthology series that covers a twisted and high-tech universe where humanity’s greatest innovations and dark fate collides, resulting in chaos. The series includes 5 seasons with a total of 22 episodes revolving around the dystopian future questioning humanity’s morality. The series has received several accolades during its run on TV and Netflix. It also has a special interactive episode dubbed Bandersnatch, where the story proceeds according to the viewer’s choices. The series covers various genres ranging from crime, psychological horror, romance, comedy, drama and post-apocalyptic fiction. So, if you want to go on a weekend full of surprises, then Black Mirror should be a must-watch for you. 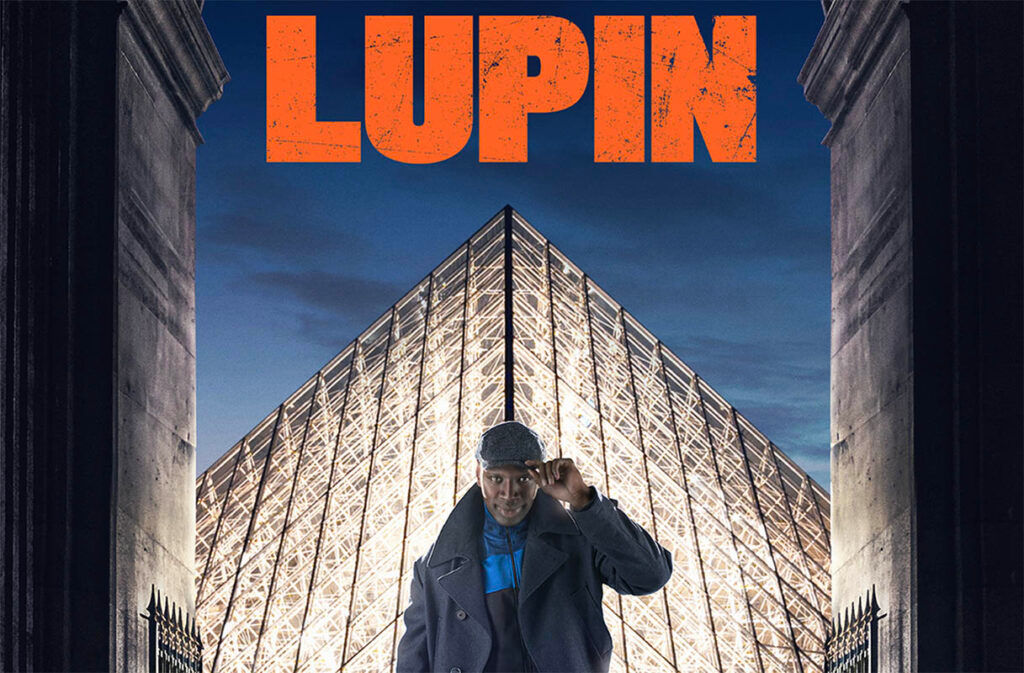 Lupin is a French TV series very similar to Money Heist. It revolves around the Assane Diop, who learnt the craft of stealing from Maurice LeBlanc’s Arsene Lupin from the books of Gentleman Thief. After working for himself for quite a while, Diop exacts revenge from the family responsible for his father’s death. The series has lots of heist elements in it, but this time, it has emotional ties attached to them. So, Lupin would be a great watch for you if you are still not over the Heist fever.

We think this many series would suffice for the upcoming weekends to come, but if you get over the list, you can also look at Peaky Blinders, Sacred Games, and Designated Survivors. These TV series promise a fair share of suspense and drama. So, until next time.