Home Android The most anticipated smartphones of 2017 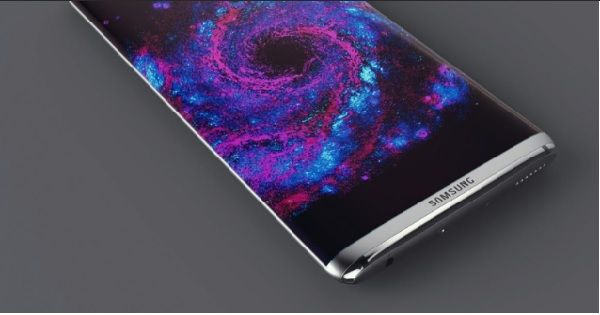 “From the next Samsung Galaxy to the 10th-gen iPhone, here are the most anticipated smartphones of 2017”

In the past 12 months, we’ve witnessed a host of enticing smartphones with features like dual cameras, dual screens, curved displays, modular accessories and what not. It’s time we bid adieu to 2016, and take a look at what 2017 might have to offer. Flagships from Samsung, Apple and Google, or bezel-less phones like the Mi MIX, there’s a lot waiting for us. So without further ado, here are the most anticipated smartphones from 2017. 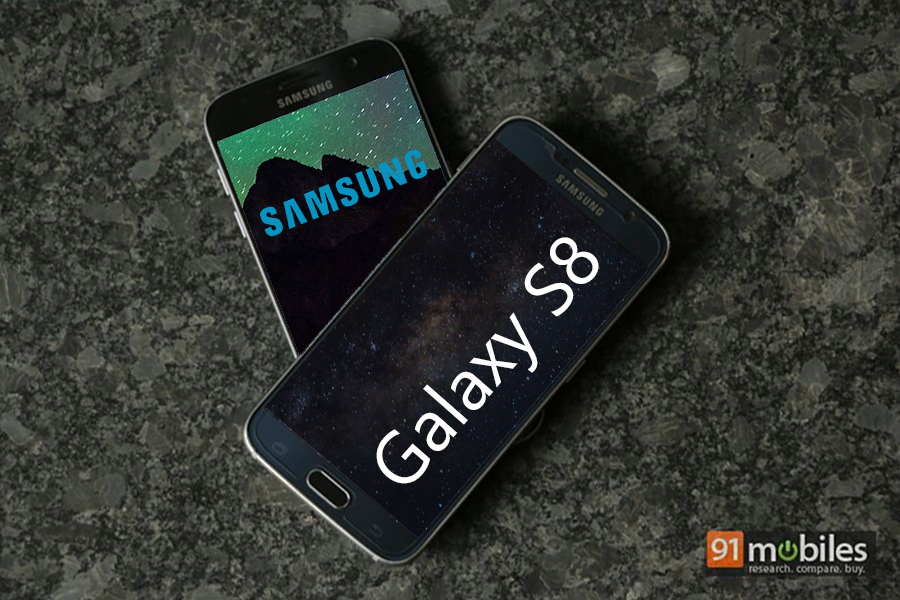 Despite numerous reports claiming that the Korean giant might launch the next Galaxy flagships earlier than usual this time around, we still believe that the Galaxy S8 and S8 edge would be made official at MWC, just like their predecessors. The rumour mill has been quite generous for these two devices, giving out a plethora of information about what is to come. For starters, both the devices are rumoured to be equipped with pressure sensitive, 4K displays that utilise the company’s Super AMOLED display technology. Other hardware specs are also bound to get a boost, including the shift to a Snapdragon 835 SoC, 6GB of RAM, and up to 256GB of internal storage. While the design of the smartphones is not expected to change much, there is a possibility of the brand using a superhydrophobic coating on the glass back to prevent fingerprints and smudges. Whether the company will ditch the 3.5mm headphone jack or not is still anyone’s guess. 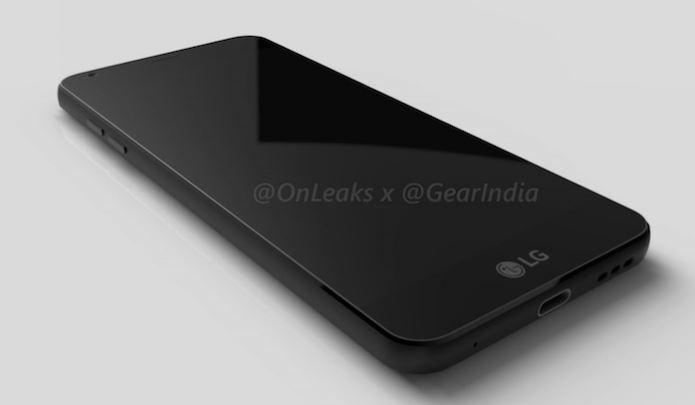 With the G5 (review), LG took a different route altogether towards the concept of modularity. The smartphone had all the hardware specifications, a metal design, and a gimmicky but interesting modular take on smartphones, yet it failed to gather the attention of the masses. Seeing this response, it is expected that the company will drop the modular “Friends” accessories for the G6. What’s expected to carry forward however, is the dual camera setup at the back, which allows you to take wide-angle shots when needed. Other rumoured features of the device include a 5.3-inch QHD display, a Snapdragon 835 SoC, 6GB of RAM and Android 7.1 Nougat. 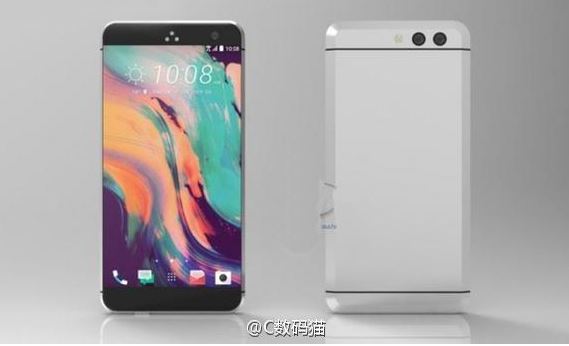 HTC did almost all things right with the 10 (review), but it failed to deliver that wow-factor to turn heads its way. The upcoming HTC 11 is purported to come with a 5.5-inch curved QHD display, surrounded by extremely thin bezels on the sides. Other key specifications are rumoured to include a Snapdragon 835 SoC, a mammoth 8GB of RAM and a 12MP / 8MP camera combo on the back and front respectively. The smartphone is expected to be fuelled by a 3,700mAh battery and is rumoured to be unveiled at a dedicated event following MWC 2017. 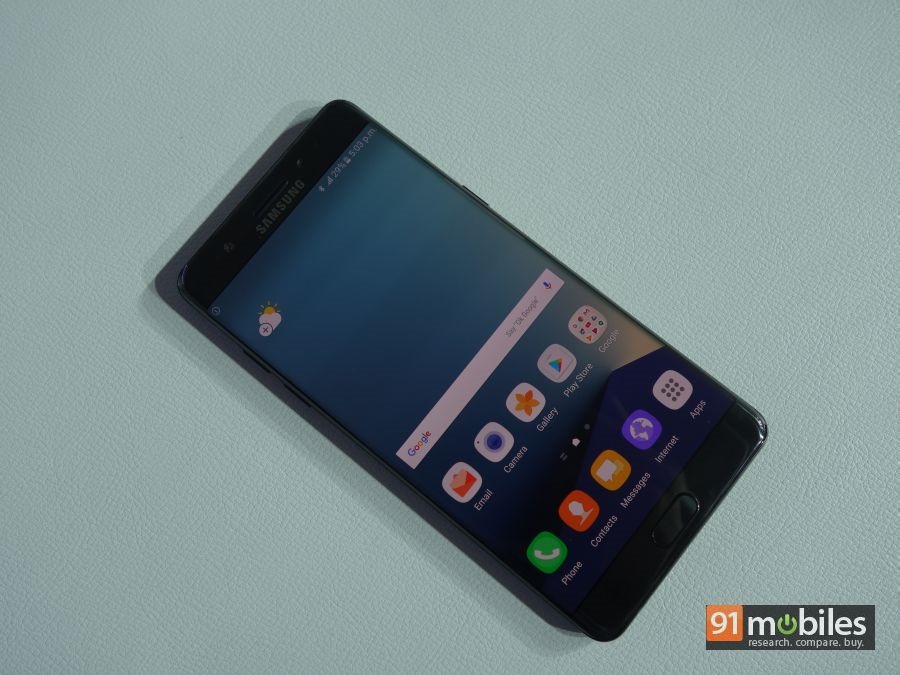 The Galaxy Note7 (first impressions) fiasco left the smartphone world with a void which only a Note series smartphone can fill. For years, the Note lineup has been the absolute leader in terms of productivity, thanks to the brand’s well implemented S-Pen stylus. While there is not much known about the upcoming device, it goes without saying that it would be stuffed with the best hardware available in the market, alongside batteries that won’t explode spontaneously. It’s still uncertain whether the iris scanner or the headphone jack would make a reappearance on the next Note. 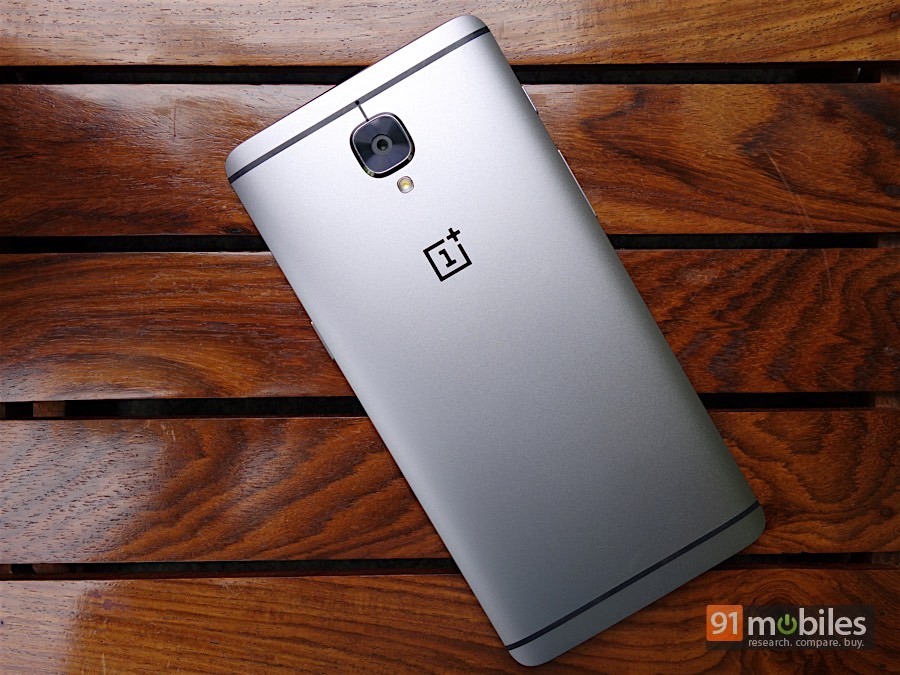 The OnePlus 3 (review) was only recently upgraded with the introduction of the OnePlus 3T (first impressions), yet the major changes are expected to arrive only next year with the OnePlus 4. Initial rumours suggest that the smartphone might come with a tweaked design with slimmer bezels and less weight. Apart from this, the brand might finally make a jump to QHD resolution, while also improving the camera prowess of the device. The OnePlus 3 is rated as the best Android smartphone of 2016 by many, and it will be tough for its successor to live up to that claim. As per the launch, we expect the device to go official sometime in June 2017.

Even before the iPhone 7 and iPhone 7 Plus (review) became official, the interwebs were flooded with rumours about the 2017 iPhones, speculated to be dubbed as the iPhone 8 and 8 Plus. The tenth-generation iPhones are rumoured to bring major changes including an all-glass design with almost no bezels, and no home button. Moreover, the company is expected to shift to OLED displays and finally bring in support for wireless charging. A recent report also pointed towards exclusive dual-SIM variants for China. But given the launch is still quite far, all these can change by that time. 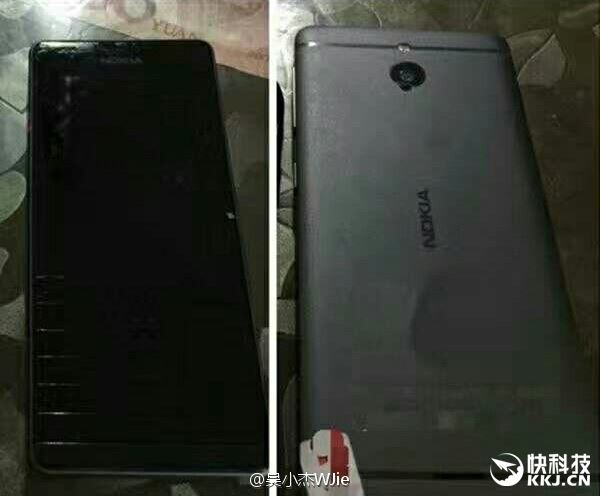 The Finnish brand is said to make a re-entry in the smartphone world with the launch of multiple Android handsets in 2017. However, in reality, the phones would be just “Nokia-branded” and would actually be made by HMD Global. The flagship Nokia smartphone would purportedly be dubbed as the Nokia P, and come with a premium metal unibody design. Initial leaks suggest that the device will come sporting a Snapdragon 835 SoC, 6GB of RAM and a 23MP rear camera with a Carl Zeiss lens. These specs should be taken with a pinch of salt, as until the device goes official, all we can do is speculate. 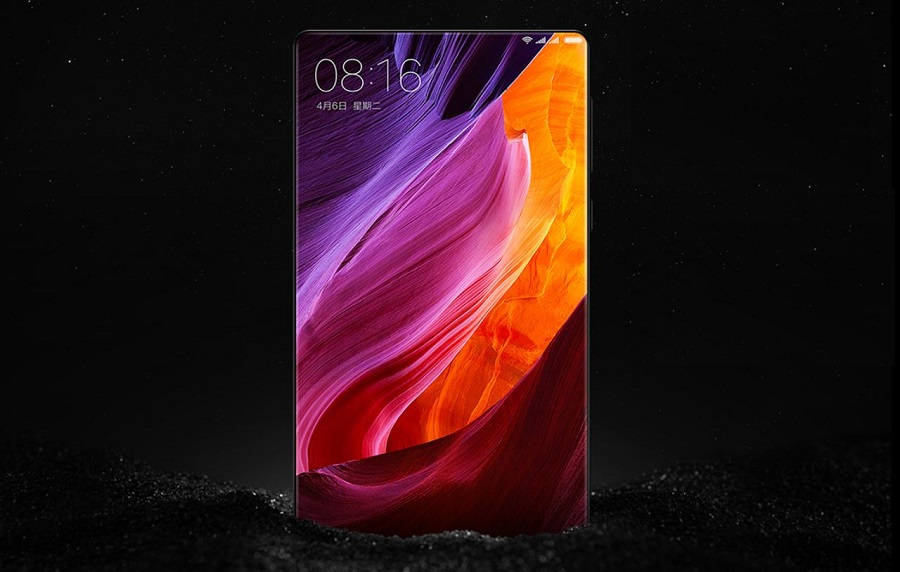 Xiaomi’s concept smartphone, the Mi MIX, was one of the hottest topics in the tech world in 2016. With a nearly bezel-less design and innovative workarounds for the earpiece and proximity sensor, Xiaomi almost pulled out a rabbit out of their hat. Perhaps, the first thing that one would want from the successor to the Mi MIX would be wider availability outside China. There’s not much known about the Mi MIX 2, or if it will ever be official. But we’re as excited about this device as you are, and are hoping it sees the light of day sometime in 2017. 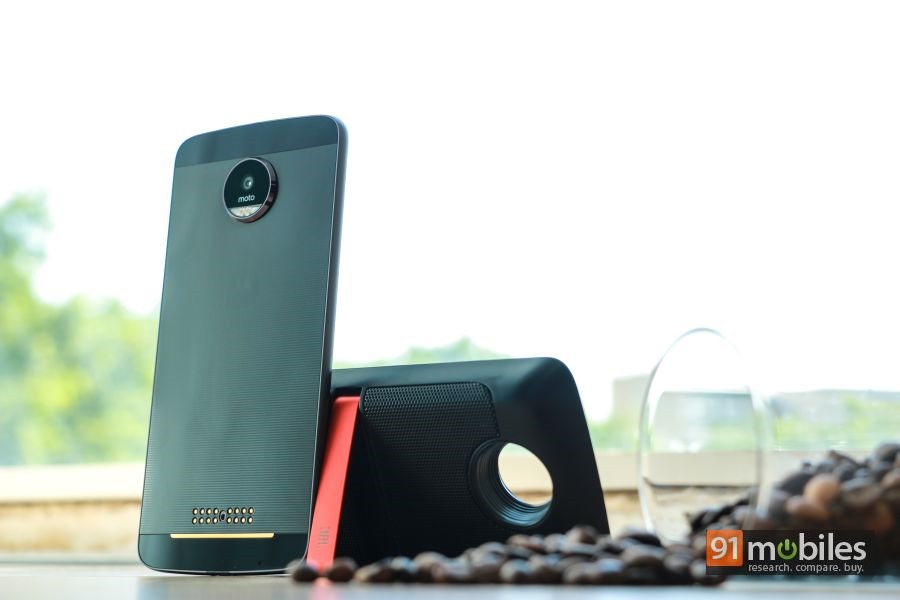 The Moto Z (review) was one of the most intriguing smartphones of 2016, owing to its moto mods which added a bunch of additional functionalities to the smartphone. It is expected that the Moto Z (2017) will carry forward this modular proposition with even more modules. While the original Moto Z couldn’t make place for a 3.5mm headphone jack due to its slim design, we don’t expect this to change anytime soon. 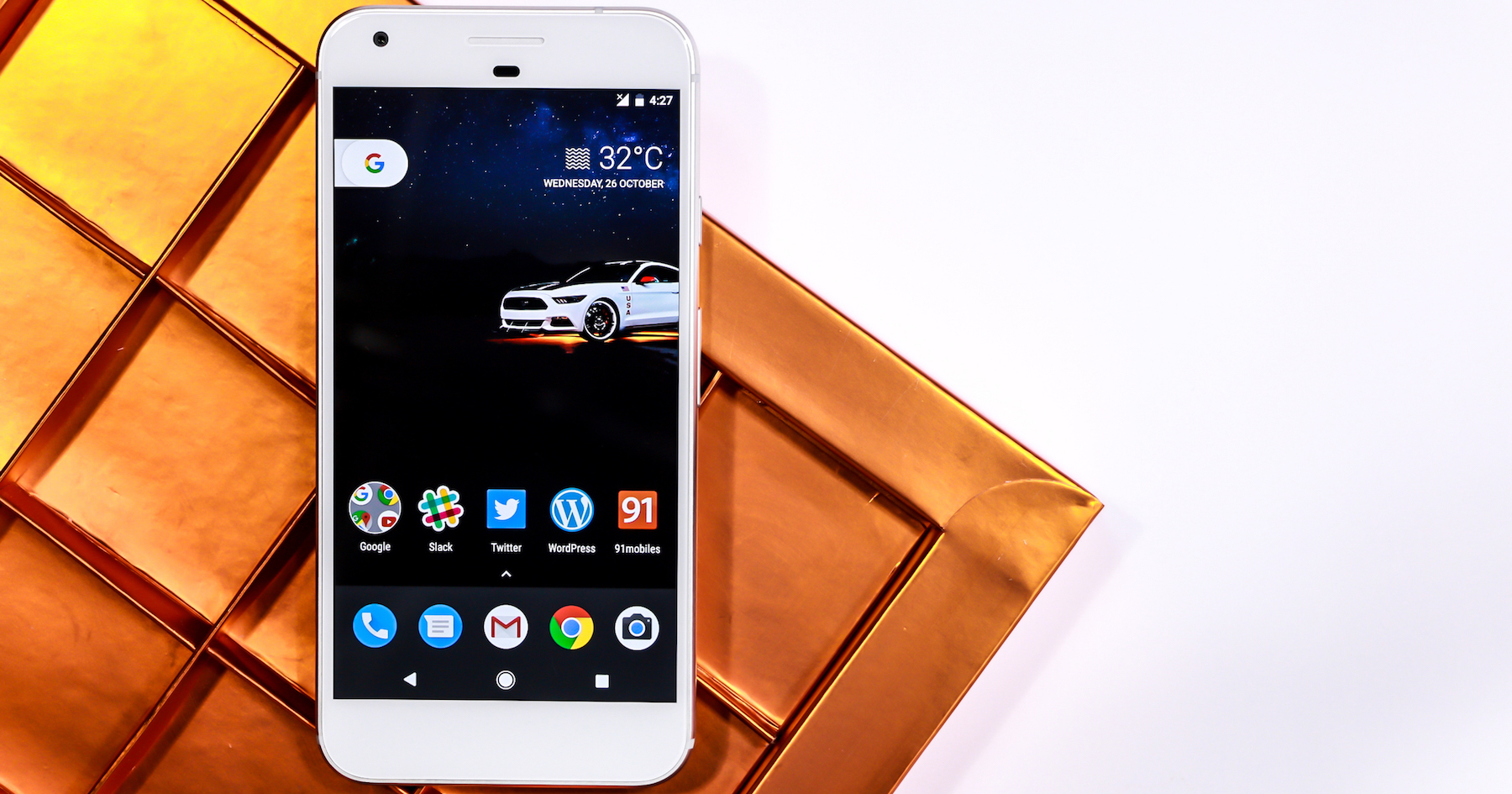 From the ashes of the Nexus smartphones, rose the two new “made by Google” smartphones – the Pixel and the Pixel XL (review). Both devices offered decent screens,  afantastic camera experience and a lag-free stock Android experience. The second-gen Pixel devices are expected to improve on all these aspects, and come with a much more appealing design. Moreover, they are expected to ship with a much more improved version of Google Assistant, alongside the next version of Google mobile OS, Android M.

Rumours about the purported Microsoft Surface Phone have been doing the rounds since ages now, but 2017 might be the year when the device finally goes official. Rumours suggest the device would come with top-of-the-line specifications including a Snapdragon 835 SoC, 4GB of RAM and a premium aluminium build, complete with support for the Display Dock. 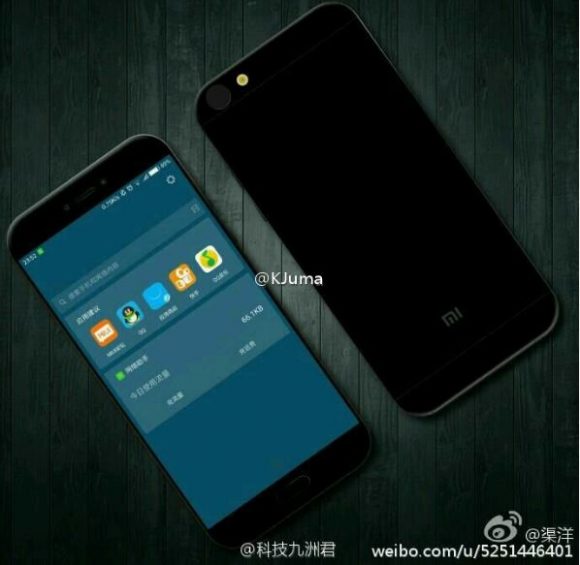 Speculated to be released on Valentine’s Day, the Xiaomi Mi 6 is expected to come with a Snapdragon 835 SoC, 4GB and 6GB RAM variants and up to 128GB of internal storage. The company is not expected to make major changes to the design aesthetics of the smartphone. 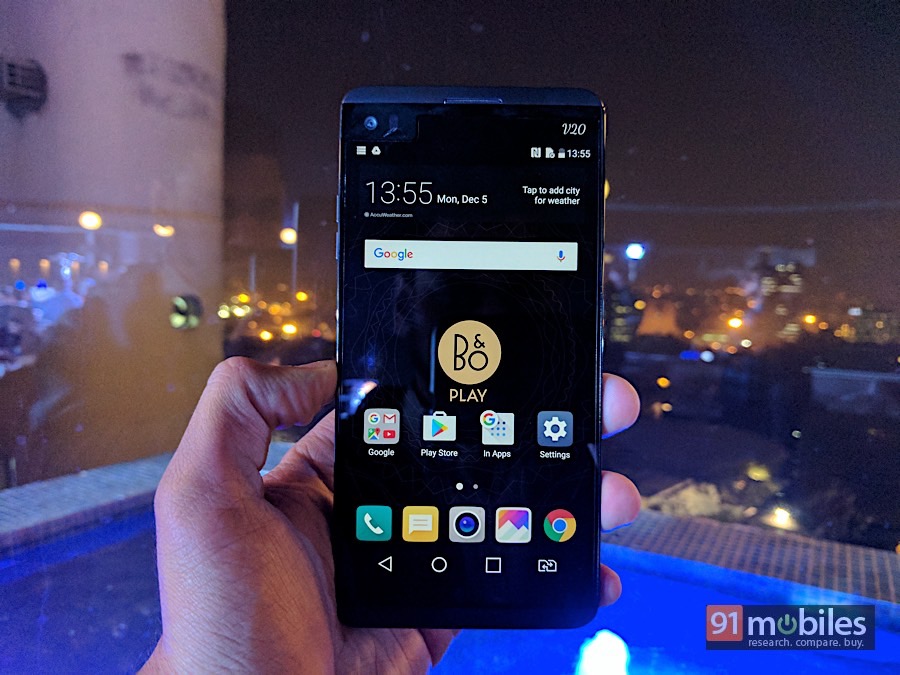 The LG V30 is expected to make an appearance towards the latter half of 2017. While not much is known about the device, one can expect the company to make better use of the dual screens on offer in addition to improvements in the overall UI and design of the smartphone.

So which of these smartphones are you most excited for? Do let us know in the comments below.

Apple may soon manufacture all new iPhones in India, after ministry approval: report