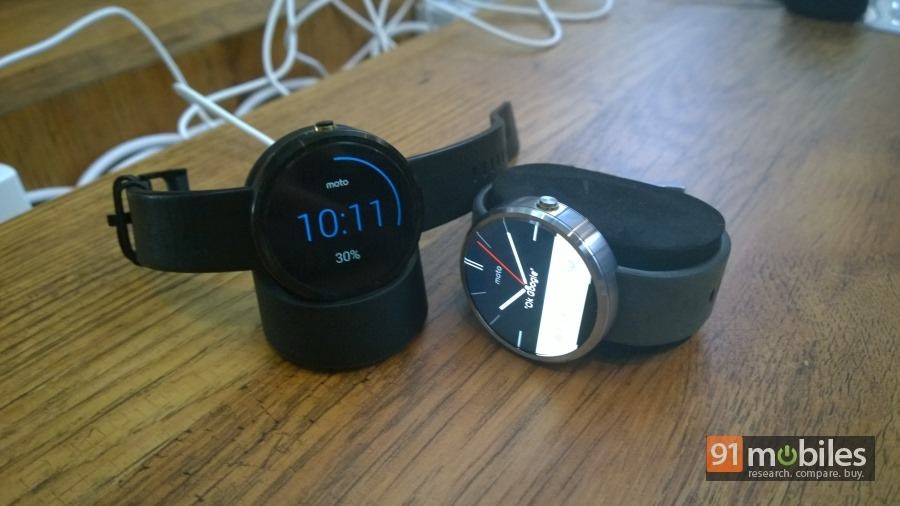 Motorola is offering a discount of Rs 5,000 on its first smartwatch, the Moto 360 in India. The device is available via the brand’s online retail partner Flipkart for Rs 12,999. The 360 variants with metal bands are now being offered for Rs 14,999. The company hasn’t announced how long the deal will last. 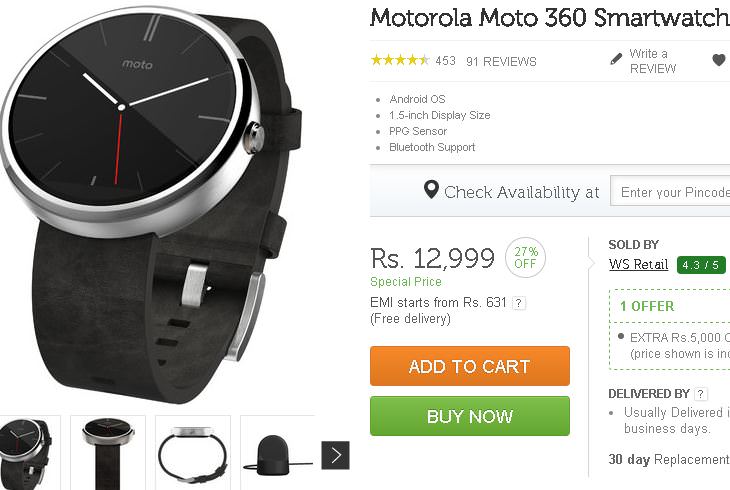 The offer on the Moto 360 came soon after the company launched the new models with metal bands in the country. The accessory (first impressions) runs Android Wear and pairs with a smartphone via Bluetooth 4.0. It’s powered by a TI OMAP 3 CPU, coupled with 512MB of RAM. Other features include a pedometer, a heart-rate monitor, and water resistance. The device is now receiving a major Android Wear update, which brings in support for Wi-Fi connectivity, gesture controls, hand-drawn emojis, always-on apps, and more.

In related news, Motorola recently dropped the price of the Moto G 2nd-gen (review) smartphone in India. The phone got a price cut of Rs 2,000, and is now available on Flipkart for Rs 10,999. The vendor also offered the Moto X 2nd-gen (review) at a discounted price tag of Rs 26,999 for a short period.
ShareTweetShare
Share