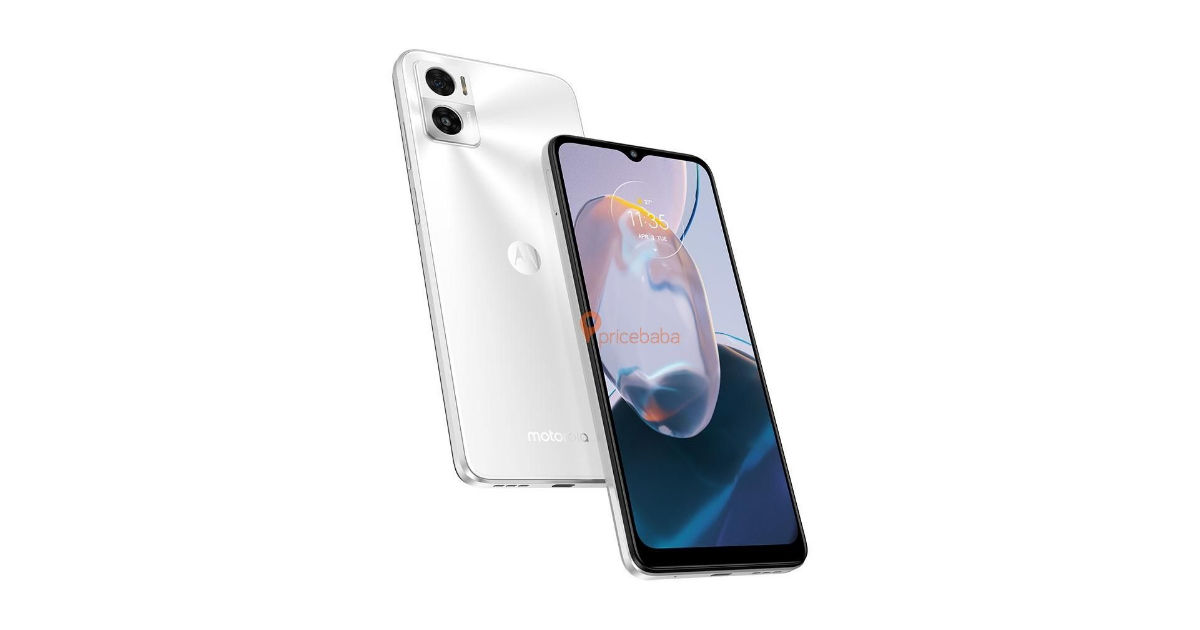 Motorola yesterday launched its latest Moto Edge 30 Ultra and Moto Edge 30 Fusion flagship smartphones in India. Now, the Lenovo-owned brand is said to be bringing its budget offerings next – the Moto E22 and the Moto E22i.

According to a report in Pricebaba, quoting tipster Paras Guglani aka Passionate Geekz, the Moto E22 is likely to make its global debut on September 16. Being a budget offering, the smartphone is expected to be priced between Rs 10,000 – Rs 15,000 in India. Apart from this, the tipster has also shared render images of the upcoming budget Motorola offering in three colours – white, a shade of light blue, and a shade of navy. Earlier, 91Mobiles Hindi had shared renders of the Moto E22, showing the smartphone in a grey colour.

The Moto E22 is expected to come as a budget offering. Not much is known about the smartphone so far, but it is said to come with a 6.5-inch IPS LCD display with a 90Hz refresh rate. Further, the Moto E22 may be powered by a MediaTek Helio chipset, and have a 5,000mAh battery in place, according to previous rumours. The smartphone is likely to come with Android 12 out-of-the-box. The Moto E22 may also come with a 3.5mm headphone jack, along with support for Dolby Atmos.