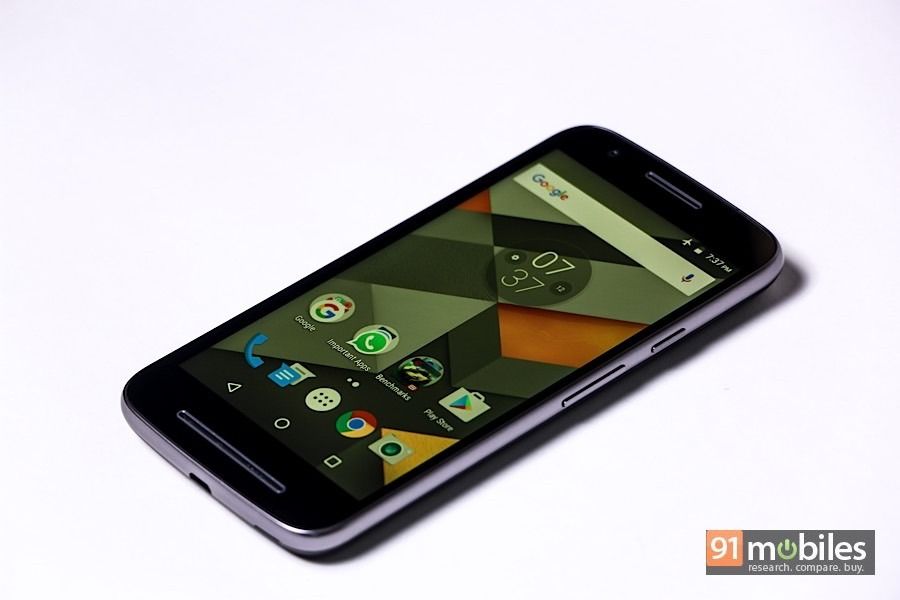 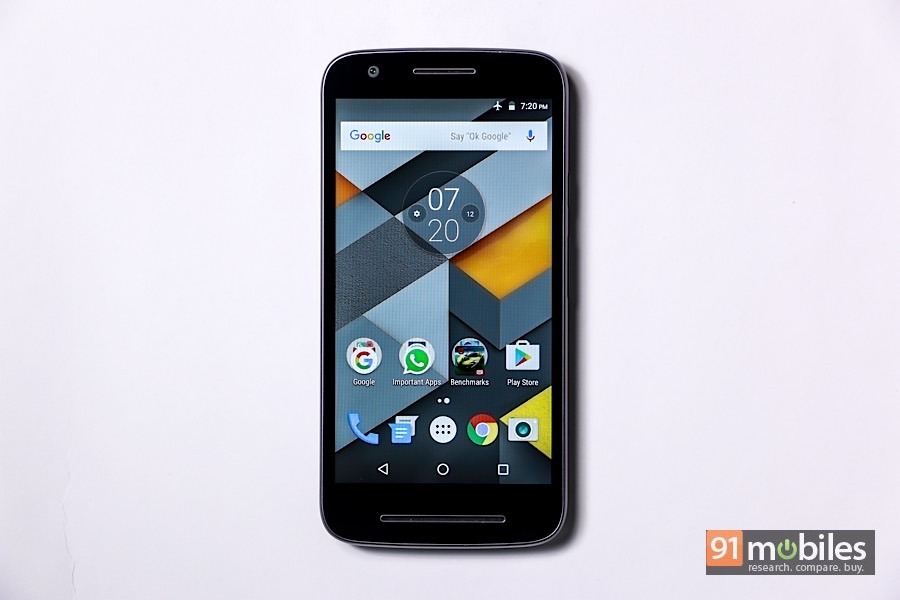 Motorola’s autonomous run of making Android smartphones — where it had control over the hardware and the software — was cut short abruptly when the company was made a wholly-owned subsidiary of Lenovo. During that run, Motorola’s Android line-up used to consist of the flagship Moto X (review), the budget-friendly Moto G (review), and the affordable Moto E (review). All these phones were critically acclaimed and achieved a fair bit of success with the consumers as well.

With the G and E series, Motorola went above and beyond to offer a different class of budget smartphones which created a revolution in the mid-range category, and it looks like Lenovo is now trying to capitalise on the momentum by offering not one but two Moto E devices this year dubbed the Moto E3 and the Moto E3 Power (review). With the company officially unveiling the Moto E3 Power, we rounded up some of the most common queries a consumer might have regarding the device before they go ahead and add it to their cart. Here are the FAQs about the Moto E3 Power.

Can you recap on the Moto E3 Power’s specifications? How is it different than the Moto E3? Lenovo is bringing its own flair to the Moto E lineup. As far as specs are concerned, the Moto E3 Power packs a quad-core MediaTek MT6735P processor under the hood along with 2GB of RAM for multitasking. The phone sports a 5-inch HD resolution (720 x 1,280) display and ships with 16GB of internal storage, which can be expanded up to 32GB via a microSD card. The Moto E3 Power is equipped with a pair of 8MP and 5MP sensors, on the back and the front respectively. The phone will run Android Marshmallow out-of-the box and is fuelled by a 3,500mAh battery. Moto claims that the phone can offer up to five hours of battery by charging the device for just 15 mins. The regular Moto E3 comes with identical specifications, albeit ships with a smaller 2,800mAh battery unit and just 1GB of RAM.

Does the Moto E3 Power bring any changes in design compared to the Moto E 2nd Gen? 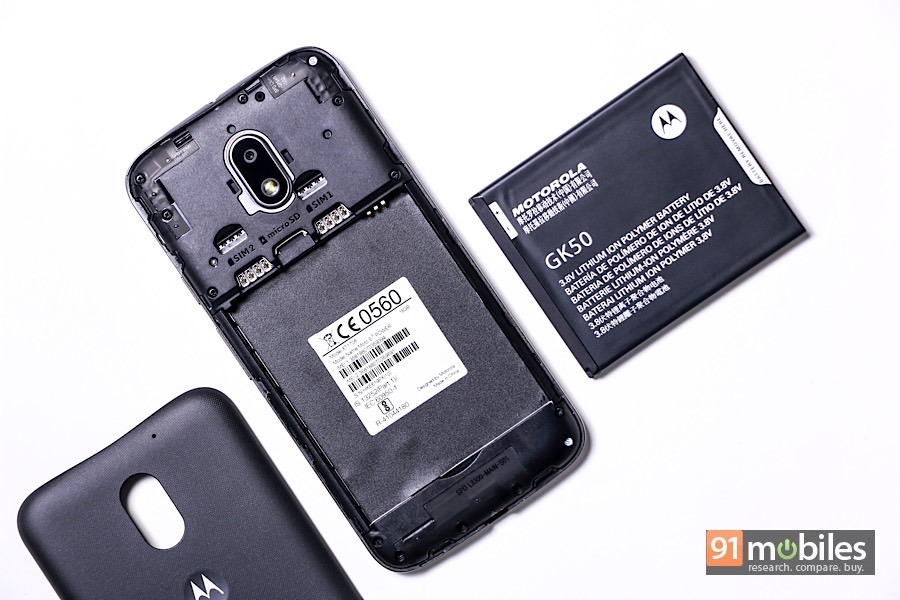 While consumers might have expected a unibody metal design like some of the competition offers, Lenovo has opted to keep the build of the Moto E3 Power primarily plastic like its predecessor. However, this time around, the back panel is removable which lets users access the SIM card tray, microSD card slots and the removable 3,500mAh battery. 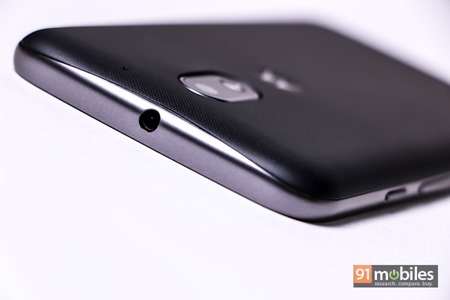 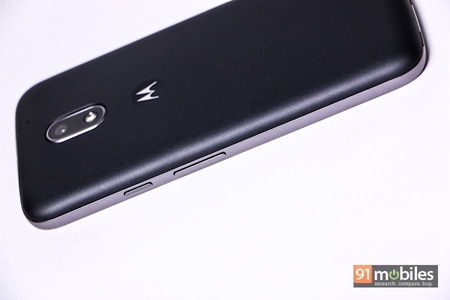 As far as the I/O is concerned, Motorola has opted for onscreen home, back, and multitasking keys with an earpiece, 5MP front facing camera and notification LED placed above the display. The volume rocker and the power button can be found on the right of the device with the top being the home to a lonely 3.5mm headphone jack. 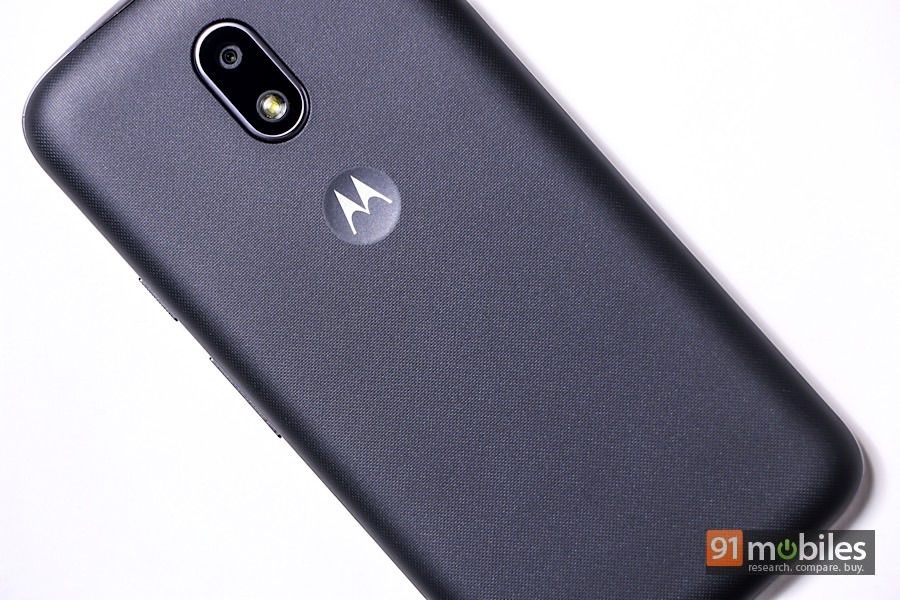 Flipping the phone over, users will be greeted by a minimalistic Motorola logo, above which rests the 8MP primary sensor with LED flash. A Micro-USB port can be found at the bottom along with an indent to remove the back panel. The device does not include a fingerprint sensor, which is a bummer.

Does the Moto E3 Power come with Gorilla Glass Protection?

Yes, the device does come with Gorilla Glass 3 to prevent it from scratches to an extent.

How many SIM cards does the Moto E3 Power support and of what type? 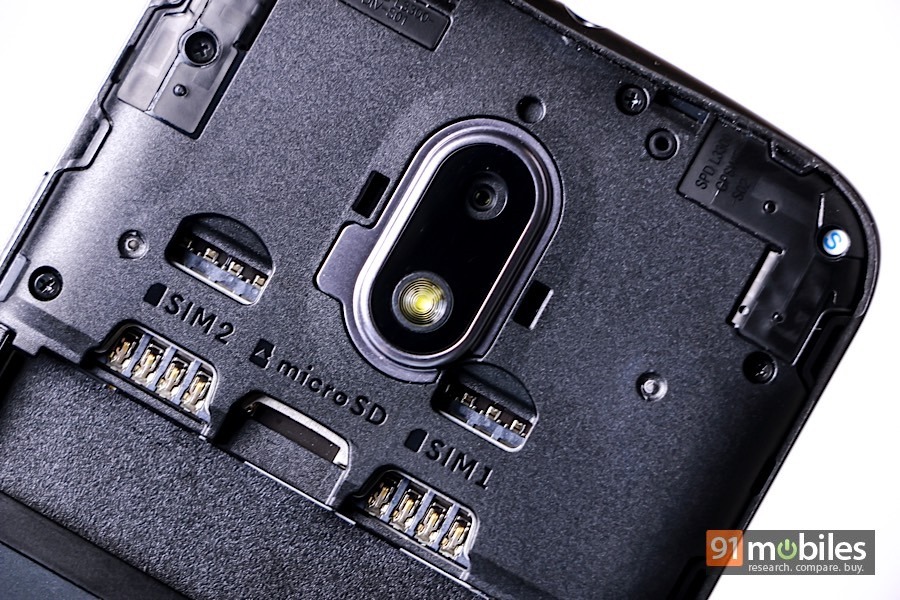 The Moto E3 Power is a dual-SIM smartphone with both the SIM slots allowing micro-SIM cards.

What connectivity options does the E3 Power feature? Is the device 4G ready?

Along with support for 4G VoLTE, the E3 Power comes with Wi-Fi, Bluetooth, A-GPS as well as mobile hotspot connectivity.

How much storage does the Moto E3 Power come bundled with and is there any way to expand it?

Like we mentioned earlier, the Moto E3 Power comes with 16GB of internal storage out of which, 11.96GB is reserved for the end user. The storage can be expanded up to 32GB via a microSD card.

Does the Moto E3 Power come with NFC capabilities and USB OTG support?

Unfortunately, Motorola has skimped on the NFC support so you’ll have to look elsewhere if it is a deal breaker for you. However, the company has provided support for USB OTG.

What can you tell me about the cameras on the Moto E3 Power? 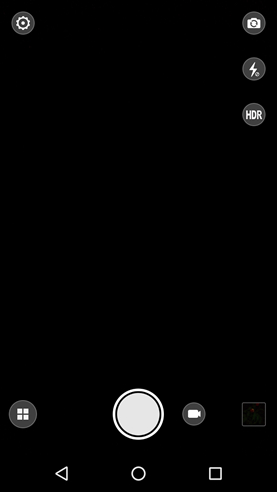 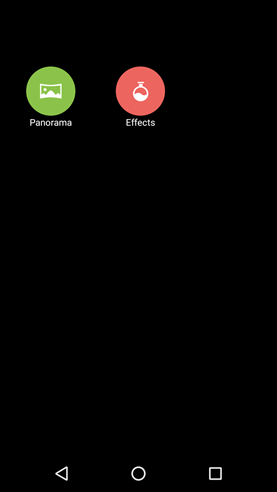 The Moto E3 Power offers an 8MP camera on the back and a 5MP sensor on the front and the camera UI has been kept fairly clean for the most part. The UI will let you switch between panorama and effects mode, with options to switch the cameras and toggle video present besides the shutter button. Towards the top, you also have the option to toggle the HDR mode, and the flash, or the self-timer. Among the shooting modes, you can spot the pro mode that lets you change the ISO, white balance, shutter speed, etc., to capture the moment.

Can you elaborate on the software and its features? 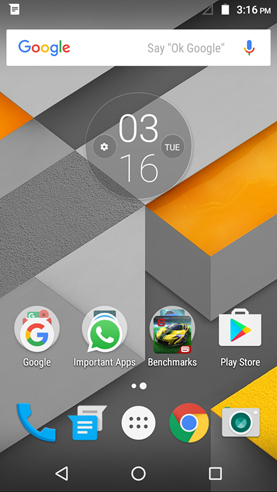 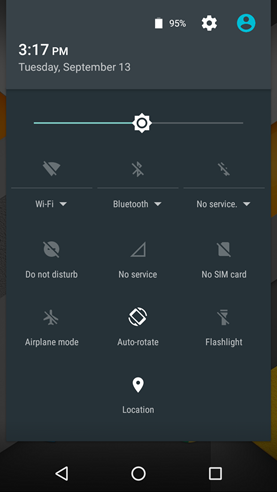 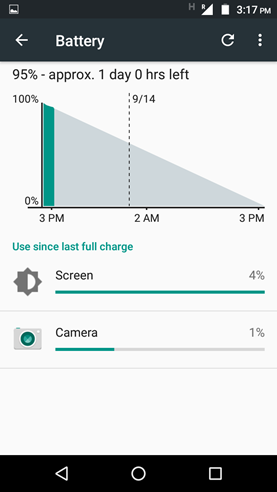 Motorola devices have been known to offer a near-stock Android experience to its users and the company’s acquisition by Lenovo didn’t change that. The phone  ships with almost no bloatware, which was a welcome sight. Even the standard Motorola apps were omitted in this iteration of Moto E. Although the near-stock UI isn’t as feature rich as say, the TouchWiz found on Samsung devices, but it does give the phone a slight bump in performance. Like every other smartphone out there, the device does come with a battery saver mode, which can increase the battery life to some extent.

Are headphones included in the retail unit of Moto E3 Power? Besides the standard documentation, users can expect a wall charger along with a standard microUSB cable. Motorola does ship the phone with a pair of headphones along with a scratch guard to provide additional protection from scratches.

How much does the Moto E3 Power cost and where can I get my hands on one? 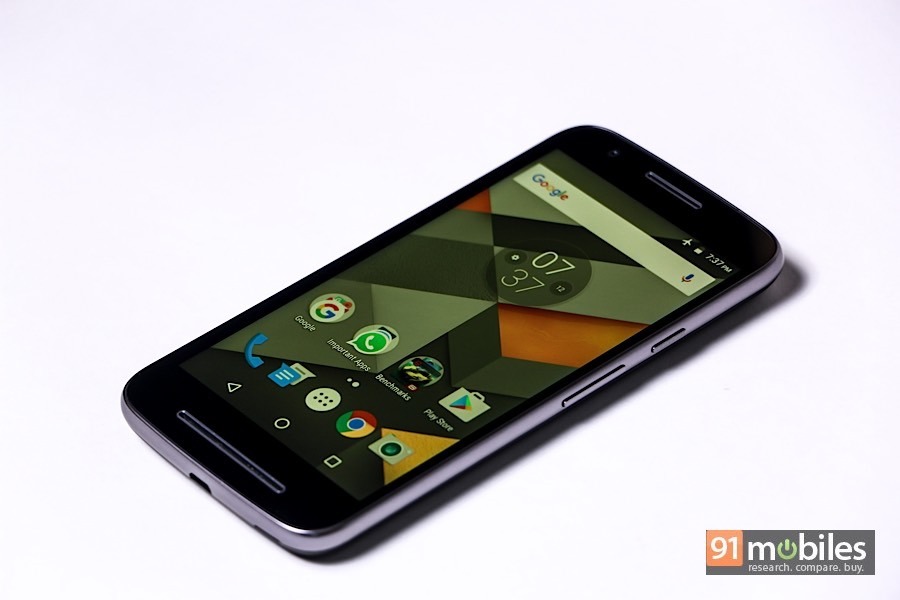 The Moto E3 Power will set you back Rs 7,999 and will be available starting midnight tonight via Flipkart.