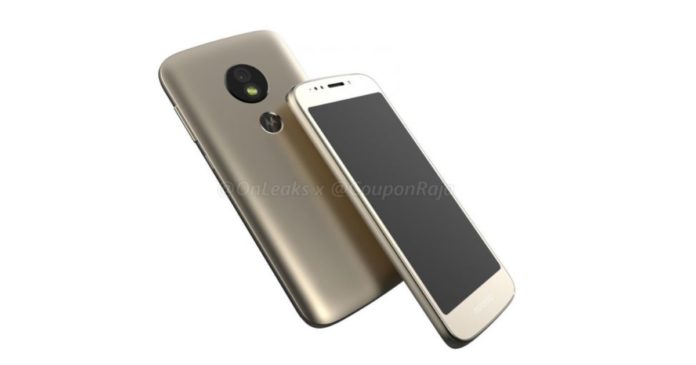 Last year in June, Lenovo-owned Motorola unveiled the Moto E4 and Moto E4 Plus (first impressions) entry-level smartphones. Now, the company is gearing up to launch the successors to these devices called the Moto E5 and Moto E5 Plus. Ahead of the unveiling, the Moto E5’s alleged press render recently hit the interwebs. Now, the phone’s purported 3D renders and a 360-degree video based on CAD design has been leaked online by the reliable gadget tipster @OnLeaks. 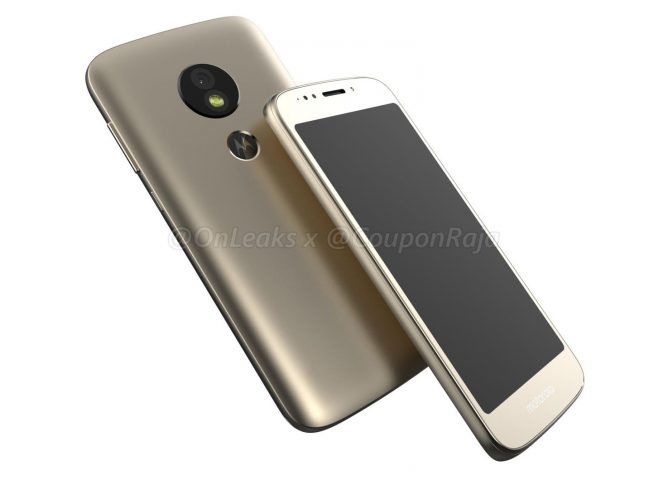 The renders and video suggest that the Moto E5 will come with a circular camera setup with a single shooter and an LED flash. The device’s power and volume rocker keys will be located on the right side. On top, the phone will feature a 3.5mm headphone jack and a microphone, and at the bottom, you will find a micro-USB port and another microphone. The handset will also come with a front-facing LED flash for brighter selfies under low light conditions. The source also mentions that the Moto E5 will measure 8.9mm around the waist.

The Moto E5 is expected to come with a 5-inch display with the standard 16:9 aspect ratio. Unfortunately, not many details about the Moto e5’s specs are available at the moment. However it is expected to come with upgraded innards as compared to the Moto e4The Moto E4 offers a 5-inch HD display with a 2.5D curved glass on top, and boots stock version of Android. The handset ships with a 1.3GHz quad-core MediaTek SoC, aided by 2GB of RAM and 16GB of storage. The other specs include an 8MP rear camera, a 5MP front shooter, 4G LTE and a 2,800mAh battery.

The Moto E5 is expected to be unveiled in the second quarter of this year. Alongside the Moto E5, we can also expect that the Moto E5 Plus will see the light of the day as well.