91mobiles.com
Home Bottom panel Moto E5 Plus unboxing and first impressions: a big phone with a... 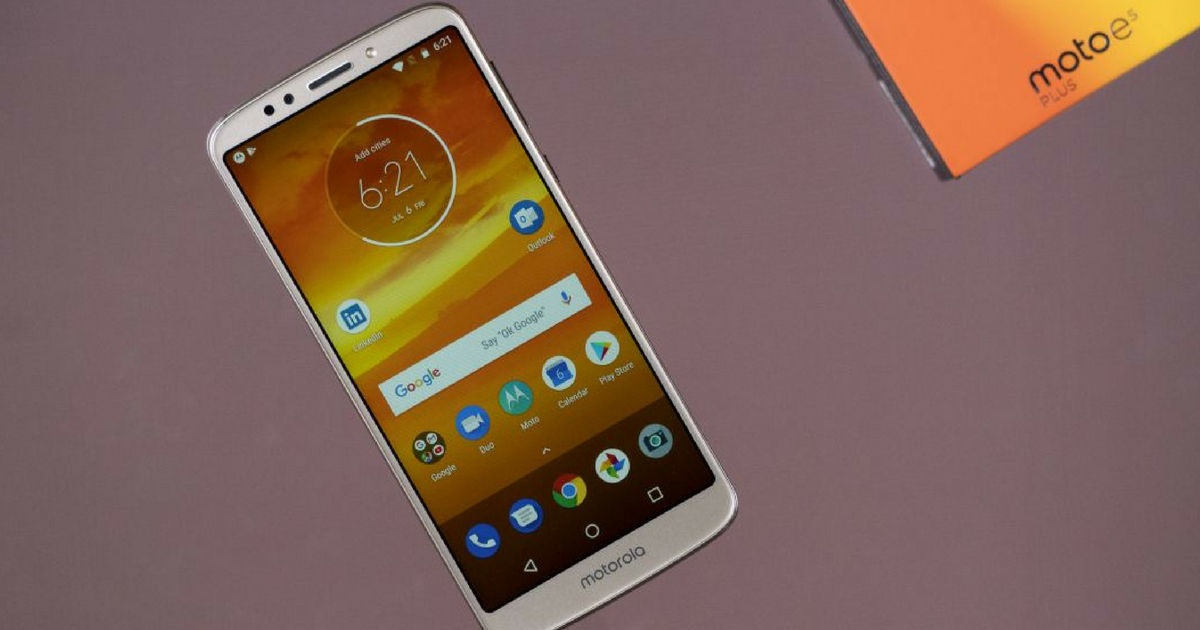 “The E5 Plus is the first smartphone in the series that comes with the taller 18:9 aspect ratio”

Motorola’s Moto E series of smartphones are known for their value-for-money factor. However, the brand changed things last year, when it launched the Moto E4 and E4 Plus (first impressions), which shipped with metal bodies and massive 5,000mAh batteries, which was a first for the range. Now, the Lenovo-owned company has launched their successors in the form of the E5 and E5 Plus. The smartphones continue to offer decent specs and powerful batteries but take things up a notch in the aesthetics department. We managed to get our hands on the retail unit of the Moto E5 Plus, and here are our first impressions. 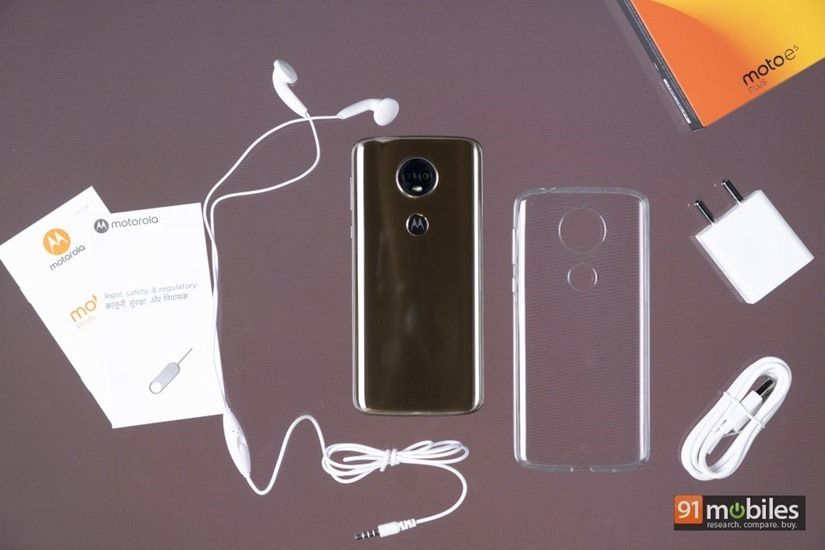 The Moto E5 Plus comes in an attractive orange and black box with branding all around and core specs listed at the bottom. Lifting the lid of the box, you will see the smartphone lying atop the power adapter, a micro-USB cable, earphones, a SIM-ejector tool and documentation. The phone also comes bundled with a protective case. The inclusion of the earphones is also a welcome addition, as most brands choose to give it a miss when it comes to budget devices. 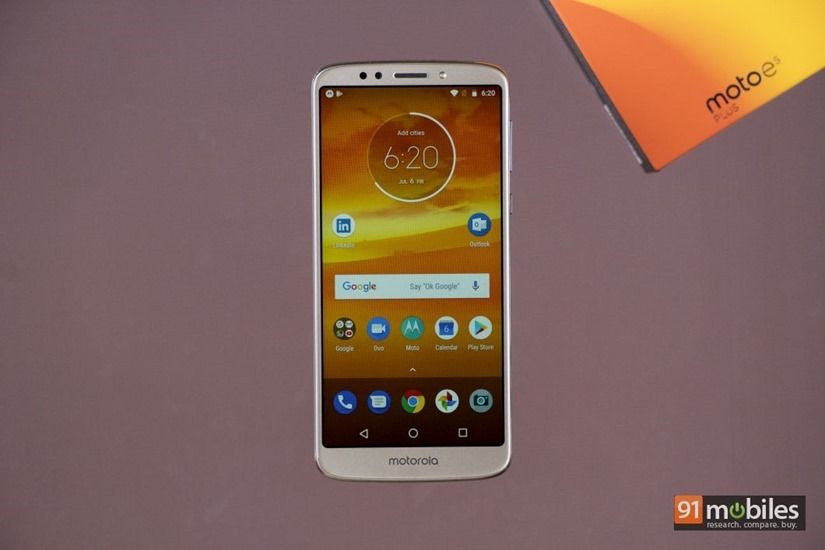 Moving on to the handset, you can see that the E5 Plus draws inspiration from the recently-launched Moto G6 (review) and last year’s Moto X4 (review). However, instead of the actual glass-sandwich design, the Moto E5 Plus uses a glossy 3D polymer glass panel on the rear, which gives an appearance of glass. The rear panel of the smartphone happens to be a smudge fest and that is where the bundled protective case comes in handy. On the front, the Moto E5 Plus flaunts the taller 18:9 display with the earpiece, selfie camera, sensors and LED flash on top, and Motorola branding at the bottom. At the back, there’s the fingerprint scanner embedded in the batwing logo and there’s a circular camera module too, though it only has a single snapper.

Coming to ports and buttons, there is a 3.5mm audio socket on top, a micro-USB port at the bottom and both the volume rocker and power switch on the right edge. The earpiece of the handset also doubles up as the loudspeaker and by the virtue of being front firing speaker, offers good audio output. Take a dekko at the smartphone from all angles in the gallery below.

In terms of the core specs, the Moto E5 Plus gets a 6-inch IPS LCD display with an HD+ resolution. The screen is fairly bright and punchy, although the outdoor visibility isn’t as good. As for the performance, the smartphone is powered by an octa-core Snapdragon 430 chipset, mated to 3GB RAM. Out of 32GB onboard storage, around 26GB is available to users. During our brief stint with the smartphone, it was able to jump from YouTube to Temple Run and other apps quite smoothly. This can also be attributed to the near-stock Android Oreo which comes with signature Moto additions such as Moto Actions and Moto Display. A 5,000mAh battery powers the handset. 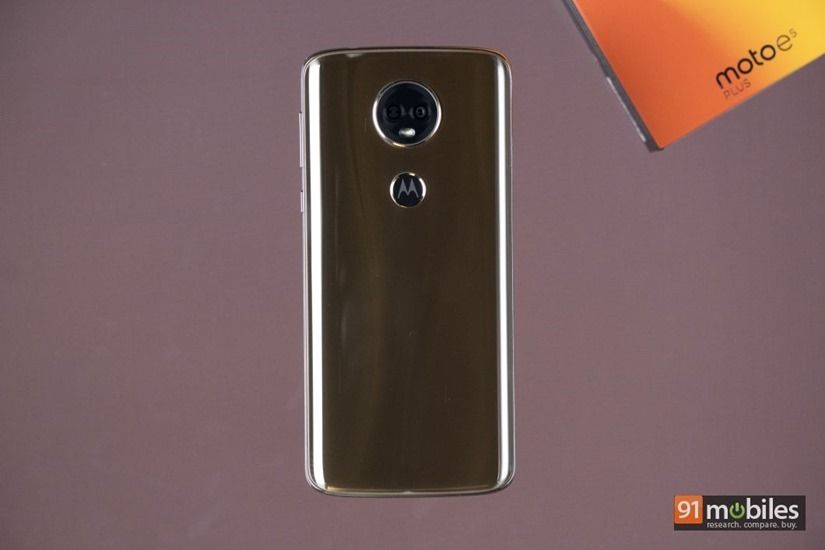 Moving on to the camera, the Moto E5 Plus comes with a 12-megapixel primary shooter with laser autofocus and an LED flash unit. The camera offers various modes like HDR, photo, video, professional, slow motion and panorama. The initial shots taken by the handset offer good details and colours with saturation bumped up a bit, which is pleasing to the eyes. As for the selfies and video calling, you get an 5-megapixel shooter, which again captures pleasing self-portraits. There is also a dedicated LED flash for capturing low-light selfies.

The Moto E5 Plus has been priced at Rs 11,999 and at this price, it faces some serious competition. The Xiaomi Redmi Note 5 (review) and Realme 1 (review) offer full HD+ displays and powerful hardware, while the ASUS ZenFone Max Pro M1 (review) not only offers stock Android and a 5,000mAh battery, but dual rear cameras too.