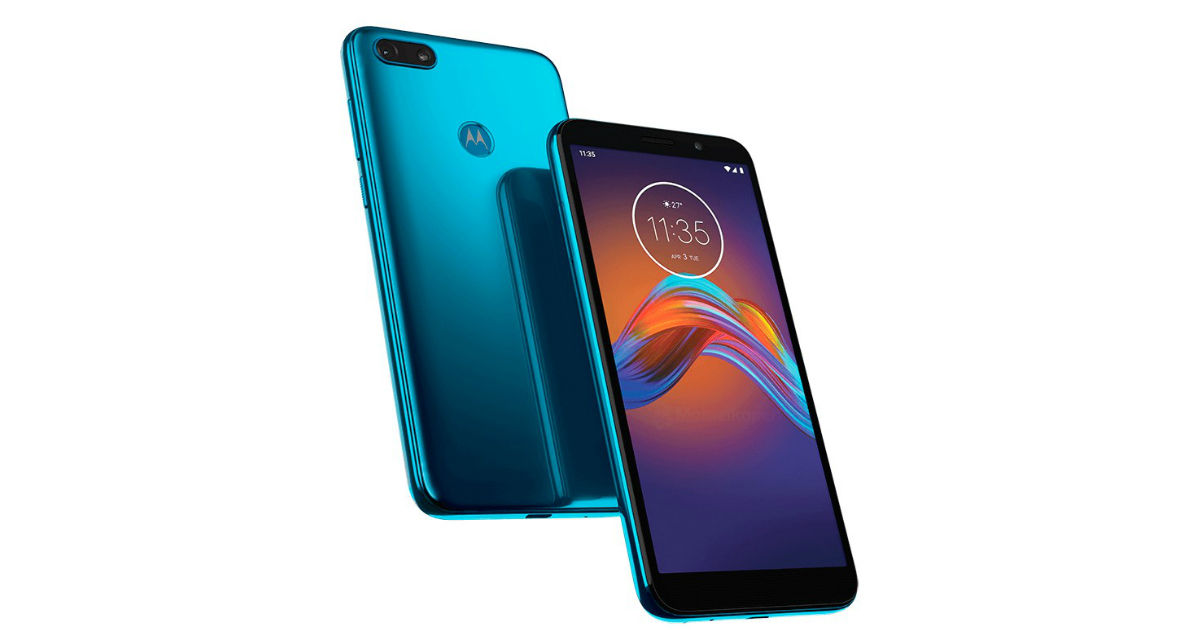 “The Moto E6 Play images show it will have thick bezels above and below the screen, single rear camera, and rear-mounted fingerprint sensor”

It looks like Motorola is readying to launch a Redmi 8A rival on October 24th, when it is also expected to launch the Moto G8 series in Brazil. An entry-level phone, Moto E6 Play has been revealed in renders that have surfaced online. The renders show the Moto E6 Play will come in Blue and Black colour options. These images surfaced online within days of the reports revealing the specifications and renders of Moto G8 Play and G8 Plus leaked.

The new Moto E6 Play renders, published by MobielKopen, reveal the smartphone will feature thick bezels above and below the screen as well as a single camera on the back. Of course, there won’t be a notch as the sensors, the earpiece, and the selfie camera are placed in the thick bezel on the top. It looks like the Moto logo on the back will house the fingerprint sensor. The volume rocker and the power button are present on the right side, while the micro-USB port is at the bottom. The 3.5mm headphone is present on the top edge.

Furthermore, since it a budget offering from Motorola, the Moto E6 Play seems to be made of plastic. It’s likely the handset would run on Android 9.0 Pie out of the box and be powered by the entry-level MediaTek Helio or Snapdragon 400-series chipset. While the display resolution is unknown, it could have an HD+ panel as those have become commonplace even in the entry-level segment. Unfortunately, details regarding the optics, battery capacity, display size and more are scarce at the moment, but since the said October 24th launch is not too far, we should know more details soon.

As mentioned above, the October 24th event will also see Motorola launching the Moto G8 series. Both the Moto G8 Plus and Moto G8 Play feature triple rear cameras, tiny notches, 4,000mAh batteries, and fingerprint sensor in the Moto logo. The former is said to feature a full HD+ display, Snapdragon 665 SoC, 48MP primary rear camera, and 25MP front camera. As for the latter, its specifications reportedly include a 6.2-inch HD+ screen, 2GHz octa-core processor, and 8MP selfie sensor.