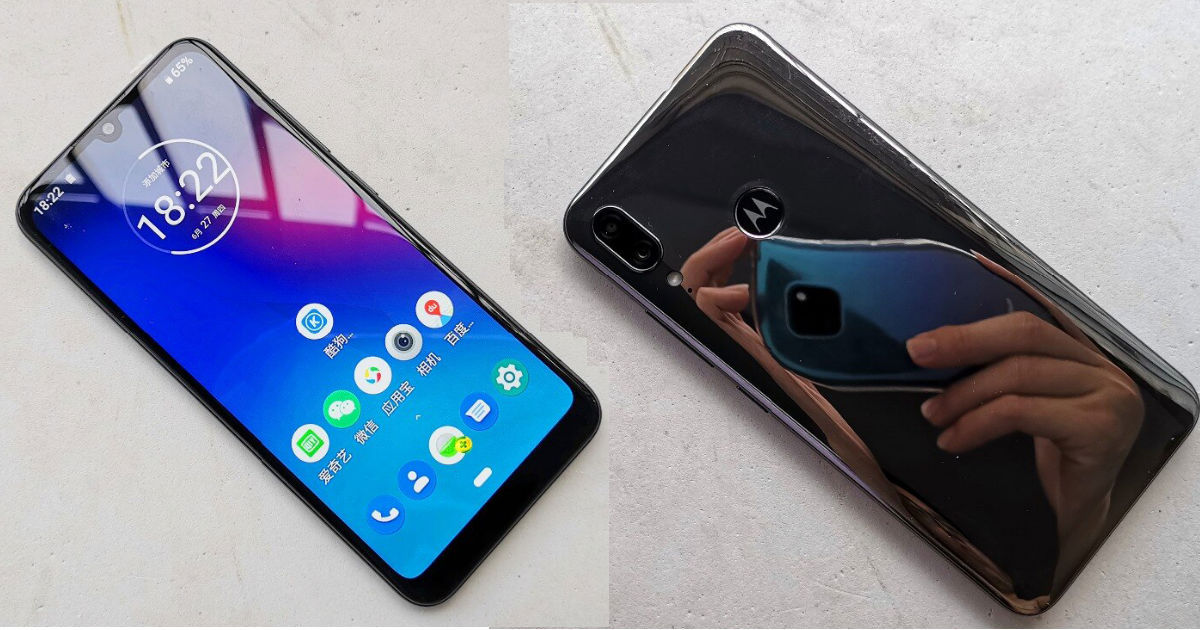 Moto E6 Plus looks all set for launch as the handset’s live images have now leaked on the Internet. The Moto E6 Plus is expected to be a slightly upgraded version of the regular Moto E6 that was launched back in July. As seen from the images, the Moto E6 Plus will pack a near bezel-less display, feature a chin and a dewdrop-like notch up top that houses the front camera. The back panel of the phone seems to sport a glass with dual camera setup at the top-right corner and a fingerprint scanner embedded in the Motorola logo at the center.

The volume rocker and power button are placed on the right spine of the phone. Lastly, a leaked image that shows the settings menu of the handset confirms the Moto E6 Plus moniker and Android 9 Pie OS. Just like other Moto devices, this one is also expected to run stock-Android out of the box.

The specifications of the Moto E6 Plus remain scarce at the moment. However, if the Geekbench listing that was spotted a couple of months ago is anything to go by, then the handset may pack MediaTek’s octa-core Helio P22 SoC. It’s the latest mobile from the chipmaker, meant to power budget smartphones. The chipset will most likely be paired with 2GB of RAM for the base variant of the handset.

The Moto E6 Plus is expected to be a budget offering and come as a successor to Moto E5 Plus smartphone. The latter was introduced last year at a starting price of Rs 11,999 in India. There is no word on the Moto E6 Plus launch yet.