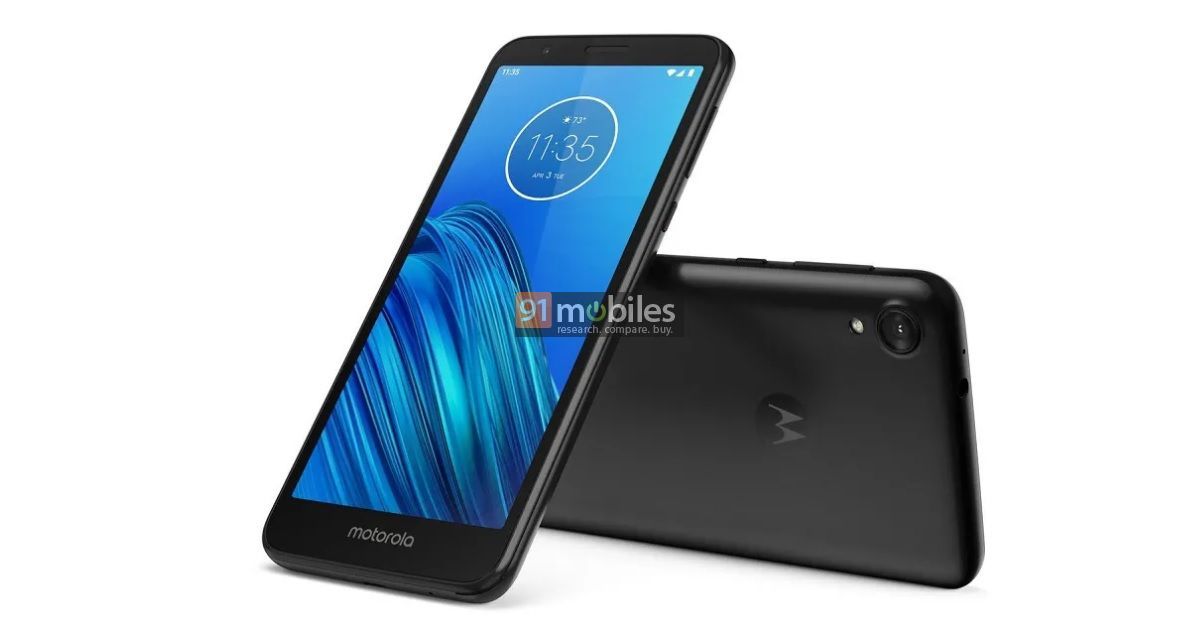 “The Moto E6 is expected to be the new affordable smartphone from the brand, succeeding last year’s Moto E5 smartphone”

A trusted source has shared exclusive renders of the upcoming Moto E6 smartphone with 91mobiles. The handset is expected to be the company’s affordable offering of 2019, succeeding last year’s Moto E5 smartphone. The render shows the next-gen E series phone won’t have the camera hump that we have grown used to over the past few years. It shows the handset with a single rear camera placed at the top-right corner, with LED flash placed just below. The bezels this time around also appear to be thicker than what we saw on the Moto E5. 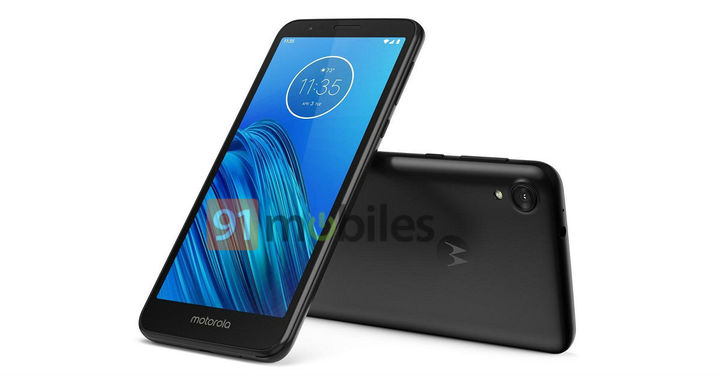 Furthermore, the Moto dimple at the back of the phone won’t have an embedded fingerprint sensor. The slight cut-out at the bottom-edge suggests that Moto E6 will have a removable back panel to insert SIM cards and microSD card. The volume rocker and power button will find its place on the right edge, while the 3.5mm headphone jack will be at the top-edge and charging port (most likely a microUSB port) and microphone at the bottom.

The fascia of the Moto E6 looks more or less the same as its predecessor, thanks to the MaxVision display – a marketing term Motorola uses for 18:9 aspect ratio screen. However, unlike the Moto E5 smartphone, there won’t be a selfie flash atop the E6. Below the display is a hefty chin with the ‘motorola’ branding on it.

While our source did not give the Moto E6 specifications, previous leaks have suggested it could be driven by Snapdragon 430 SoC. The chipset may be accompanied by 2GB of RAM and 16GB/ 32GB user-expandable storage. The phone is likely to feature a 5.45-inch HD+ display, 13-megapixel sensor at the back, and a 5-megapixel shooter on the front for selfies and video calling. Lastly, the handset will reportedly come pre-loaded with Android 9 Pie out of the box and there won’t we any fingerprint sensor whatsoever.