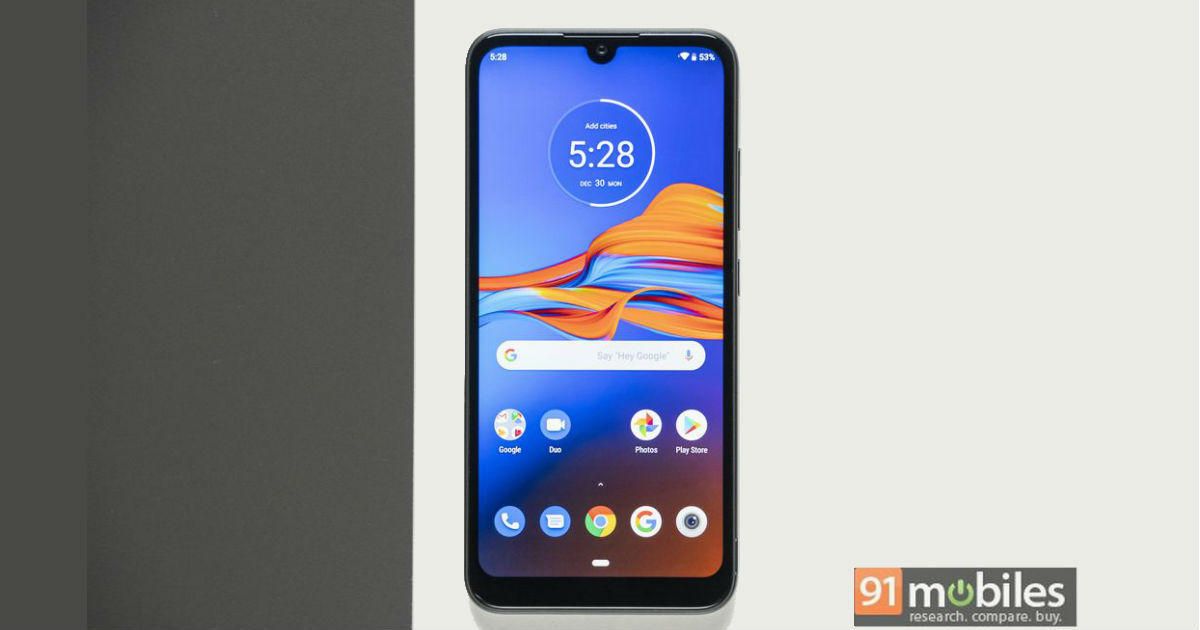 Motorola, of late, seems to be focusing on its newly founded One series, but it’s not leaving behind its ever-popular Moto E-series and Moto G-series that brought the company back to its feet. The Moto E6s is the latest offering in the brand’s budget-centric E-series lineup. We find the handset a unique proposition under Rs 10,000 – at least on paper – as it offers near-stock Android experience, 4GB RAM, 64GB storage, and a fingerprint sensor. But, how does it fare well in real life? Let’s try to find out that in this Moto E6s review. 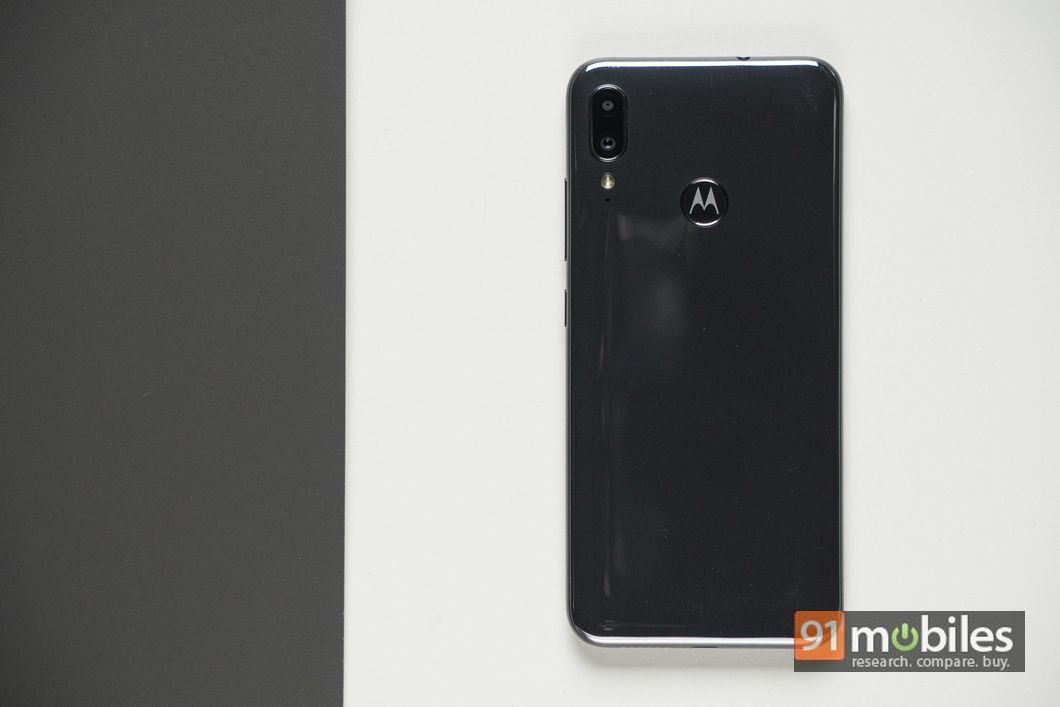 The Moto E6s design is in line with other smartphones in the segment. You won’t find anything unusual here, except for the removable back cover and battery. The fascia of the phone has a dewdrop display with pretty thick bezels, especially on the chin, while the rear panel sports a glossy back, which attracts fingerprints and smudges. We got the rather staid-looking Polished Graphite colour option for the review, but Motorola gives you the option to purchase the Moto E6s smartphone in Rich Cranberry colour variant, which in images look slightly better. 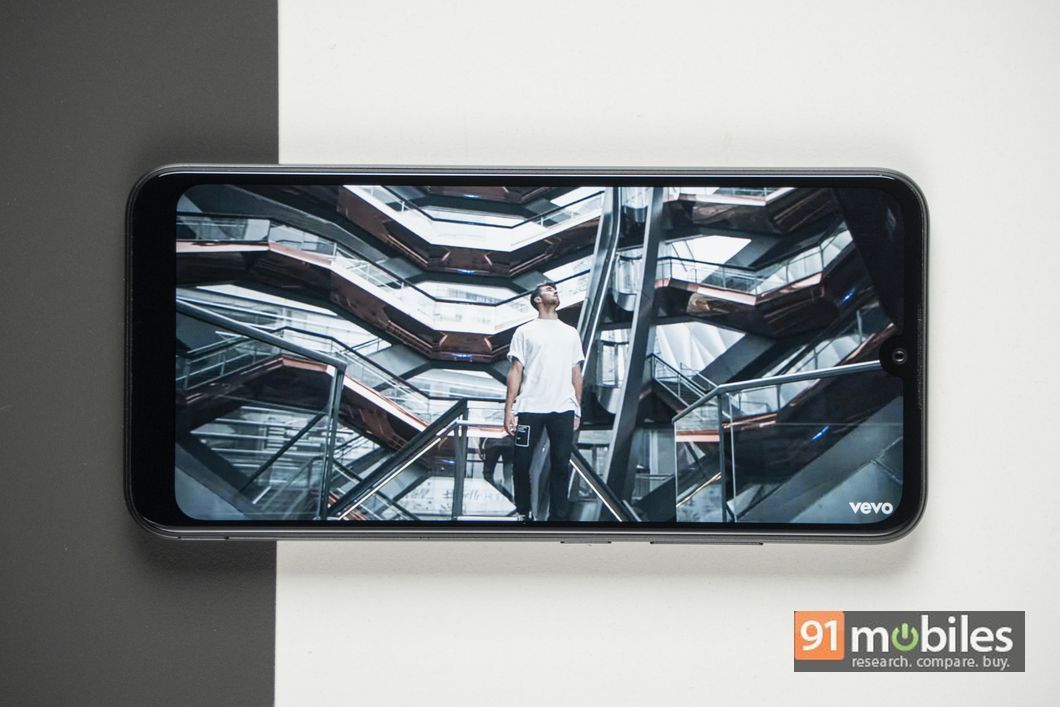 Coming back to the design, the Moto E6s has a volume rocker and power button on the right spine. The buttons don’t have much travel, but they are easy to press and get the job done. The speaker grill along with micro-USB charging port and microphone sit at the bottom edge of the handset, while the 3.5mm headphone jack is up top.

Why pay in full when you get EMIs with 0% interest?
Buy the Moto E6s now and pay later in flexible EMIs!
Know More

Now, there is no SIM-ejector tray on the handset and that’s because it has a removable back cover. The shell snaps off easily, and the Moto E6s accepts a micro-SIM and a nano-SIM. There is also a dedicated microSD card slot to expand the storage. 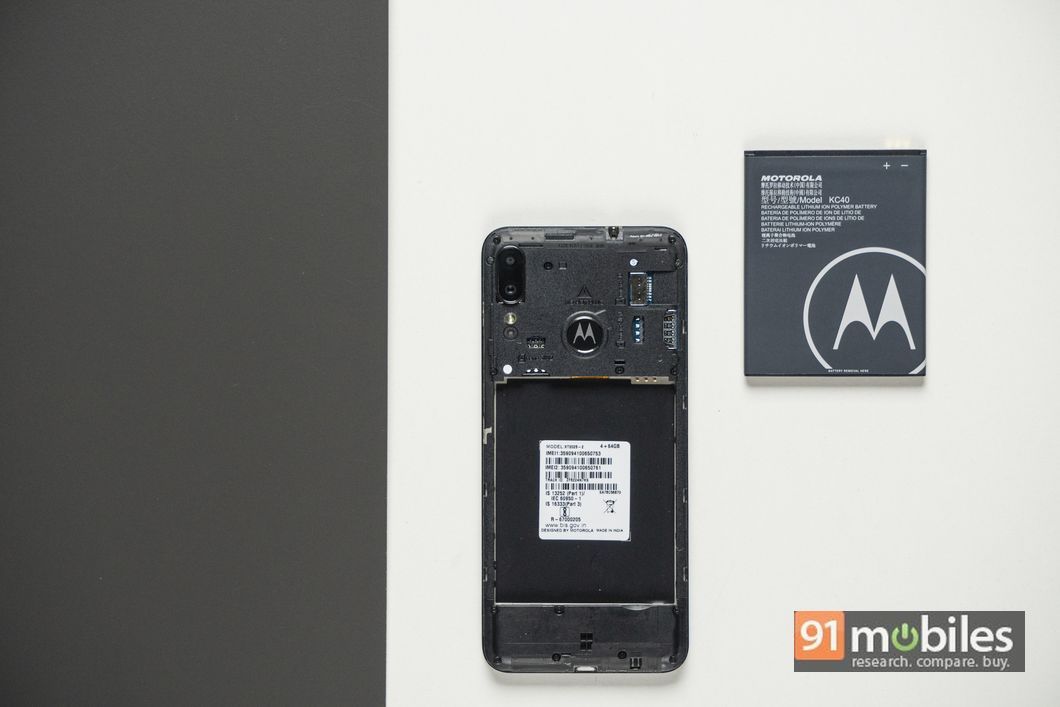 To sum it up, the Moto E6s is a lightweight phone (150 grams, to be exact) that is comfortable to wield. The handset features dual rear cameras on the top-left corner of the back panel and a centre-aligned fingerprint scanner, which works just fine (nothing extraordinary). The fascia of the phone sports a 6.1-inch IPS display that bears HD+ (720 x 1,560p) resolution and 19.5:9 aspect ratio. The display has decent viewing angles and ample brightness to view it under direct sunlight. The colours are a bit off, but you’ve to give in considering its price tag.

The Moto E6s is the first smartphone in the Moto E-series lineup to pack a dual-rear camera setup. The setup comprises a 12-megapixel primary sensor (f/2.0) and a 2-megapixel secondary sensor with LED flash. The front camera of the phone, meanwhile, gets an 8-megapixel shooter for selfies and video calling. The camera app is fairly easy to use, with all the modes – bokeh, camera, video, panorama, and skin tone – at the bottom half of the screen, while flash, HDR, and other options up top. There is support for Google Lens as well. 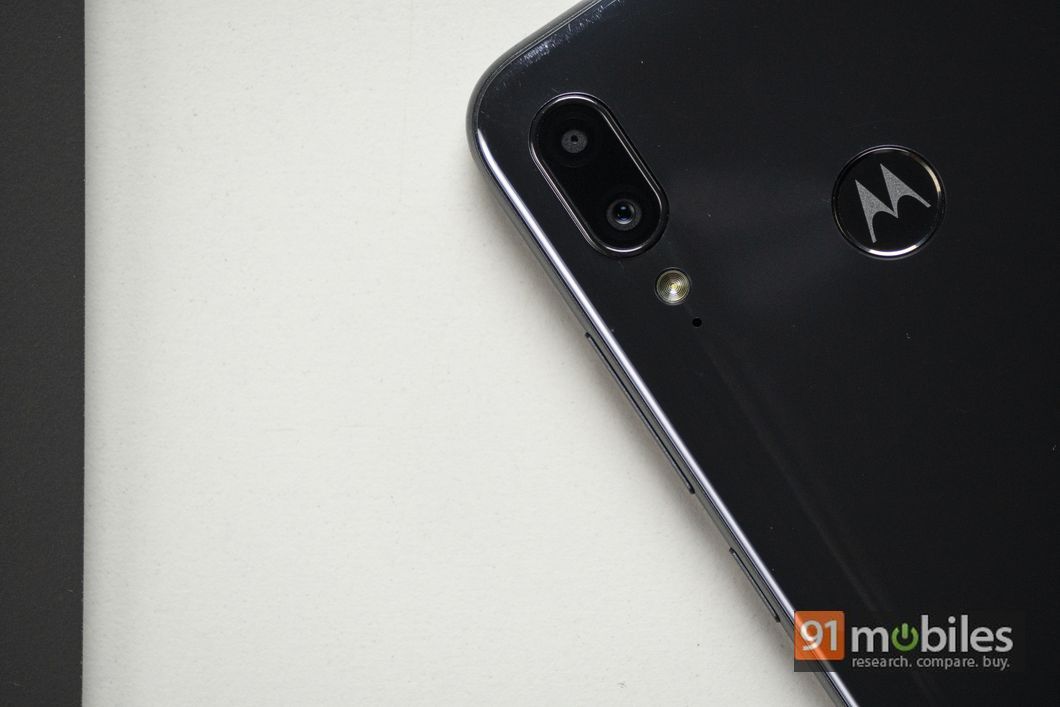 The results from the Moto E6s cameras are good as long as the subjects are in close proximity or in a well-lit ambience. The quality takes a hit in landscapes or images shot in low light environments, with a limited dynamic range, ample noise, and colour accuracy. HDR does help a little, but it can’t hide away the fact that the Moto E6s’ auto-focus is on the slower side. The phone’s portrait mode, meanwhile, does come with an advantage to adjust the level of background blur. The edge detection, however, isn’t accurate despite having a dedicated depth sensor. 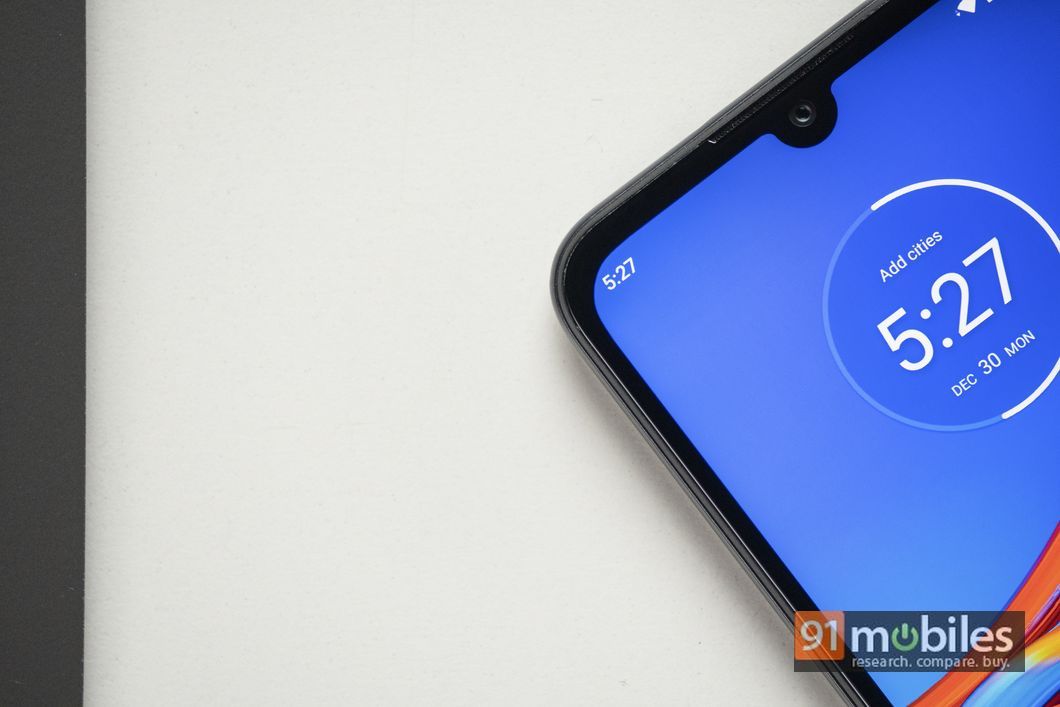 The front camera of the phone offers satisfactory results – again in daylight – but soften the skin tones with post-AI processing. The selfies clicked in portrait mode are nothing to write home about either. The edge detection is off the charts and you’ll notice a lot of difference in photos taken in natural mode or portrait mode. In low light, the screen flash isn’t effective and the quality deteriorates further.

The Moto E6s is powered by an octa-core MediaTek Helio P22 SoC, aided by 4GB of RAM and 64GB user-expandable storage. The chipset does a decent job of handling the usual apps and multitasking with no stutters or lag. If you’re not a hardcore gamer like me, you’ll have no trouble using the device – barring the sluggishness while opening apps and unlocking it with fingerprint scanner and face unlock. 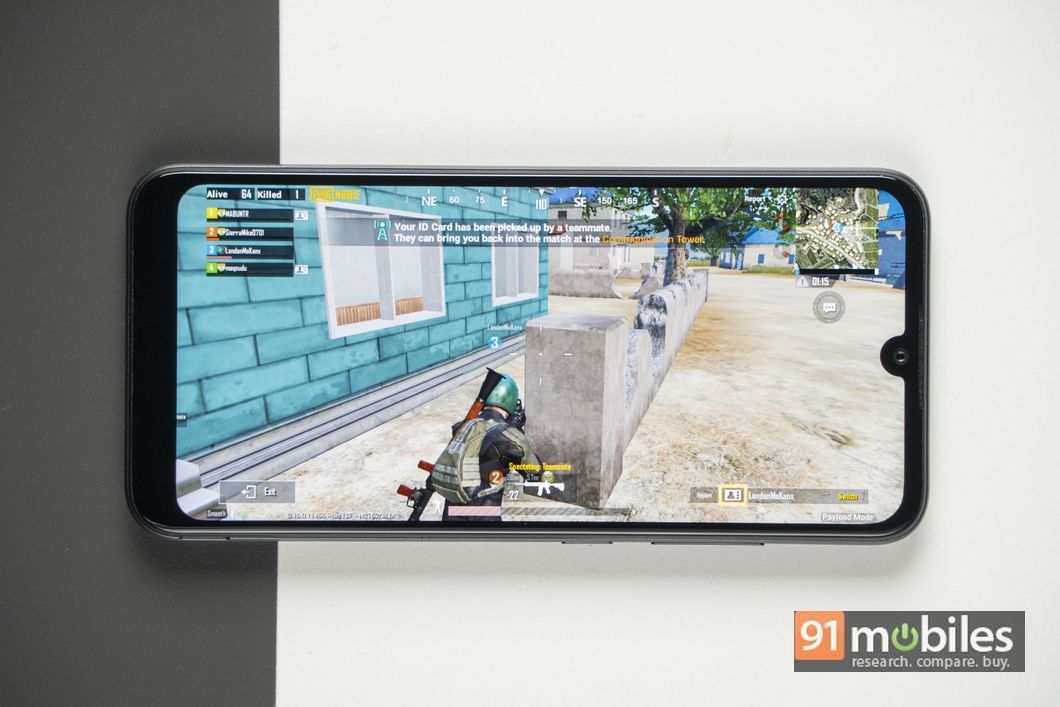 On the gaming front, the Moto E6s takes a hit, especially when asked to run graphics-intensive games such as PUBG. The game loads at low graphics by default, but you have the option to switch to medium or high graphics as well. The Moto E6s struggled miserably during half-an-hour of PUBG, with not so accurate gameplay and lag when the action got intense. The phone’s thermals also shot up, while its battery dropped by 12-13 percent. It’s better to run PUBG Lite or other casual games such as Warrior Legends or Subway Surfer on the Moto E6s. 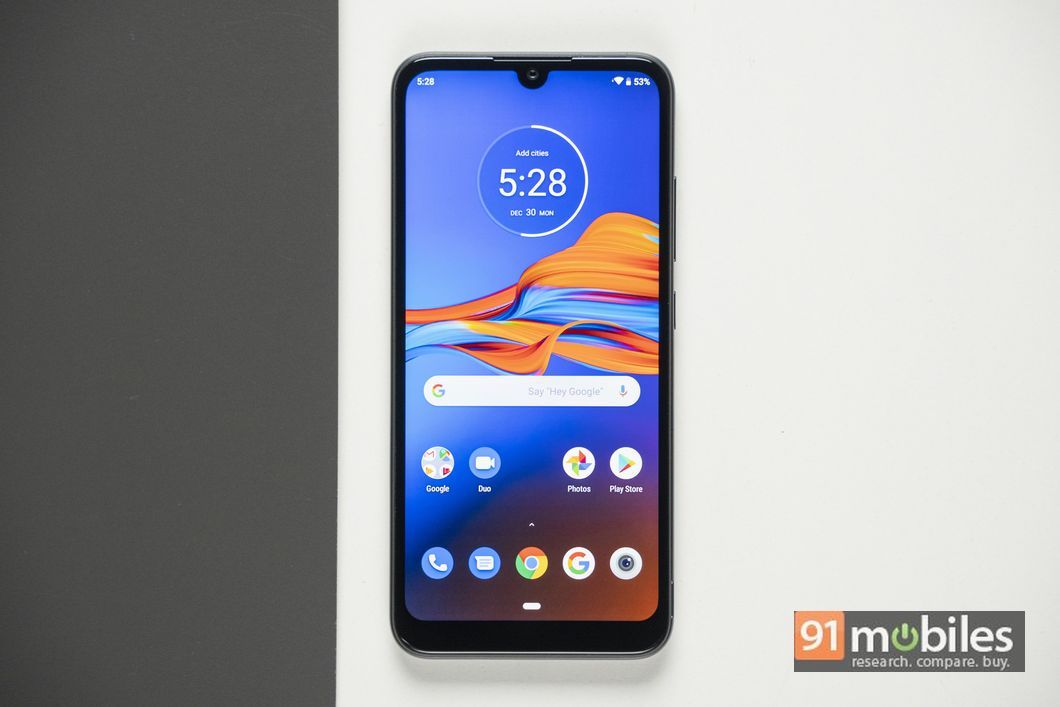 Software-wise, the Moto E6s comes pre-loaded with Android 9 Pie out of the box. The OS offers stock Android experience, with no bloatware or unnecessary notifications to install third-party apps. The phone also packs a few Motorola tricks up its sleeves, including gestures for quickly turning on the camera with a double-tap of the power button. Besides this, you get Google apps such as Sheets, Slides, News, and Files, Digital Wellbeing, and an option for gesture-based navigation. 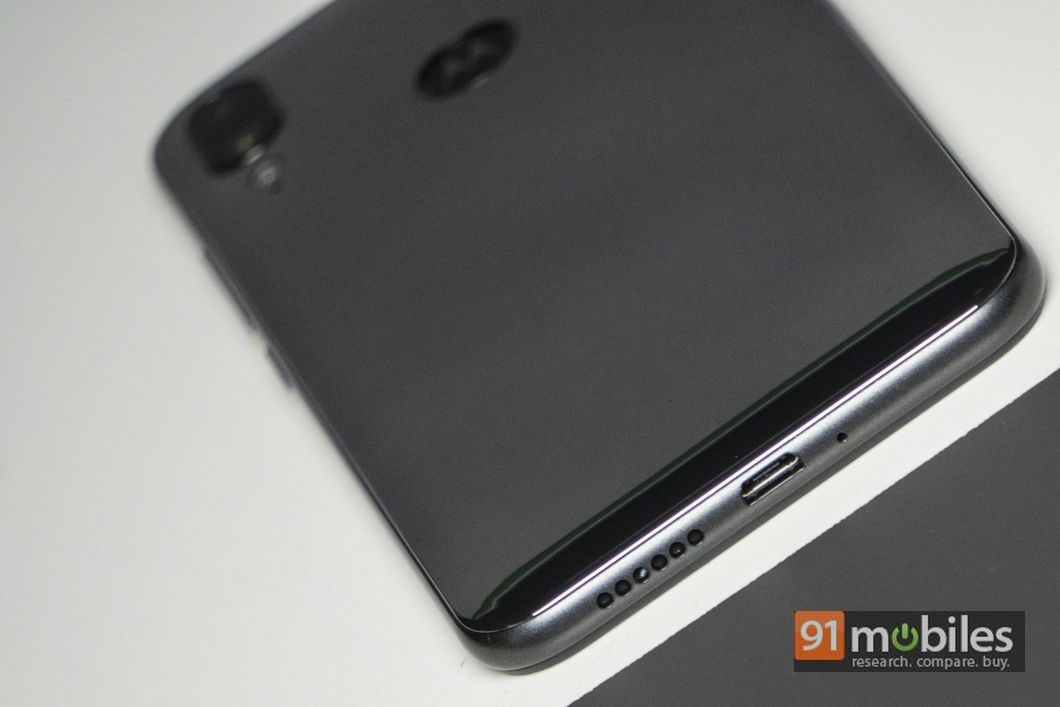 The entire setup is driven by a respectable 3,000mAh removable battery cell that supports 10W charging. The battery is good enough to last an entire day under regular usage, which involves calling, texting, or streaming videos. The phone’s bundled wired charger takes more than 3 hours to juice up the battery from 0-100 percent. 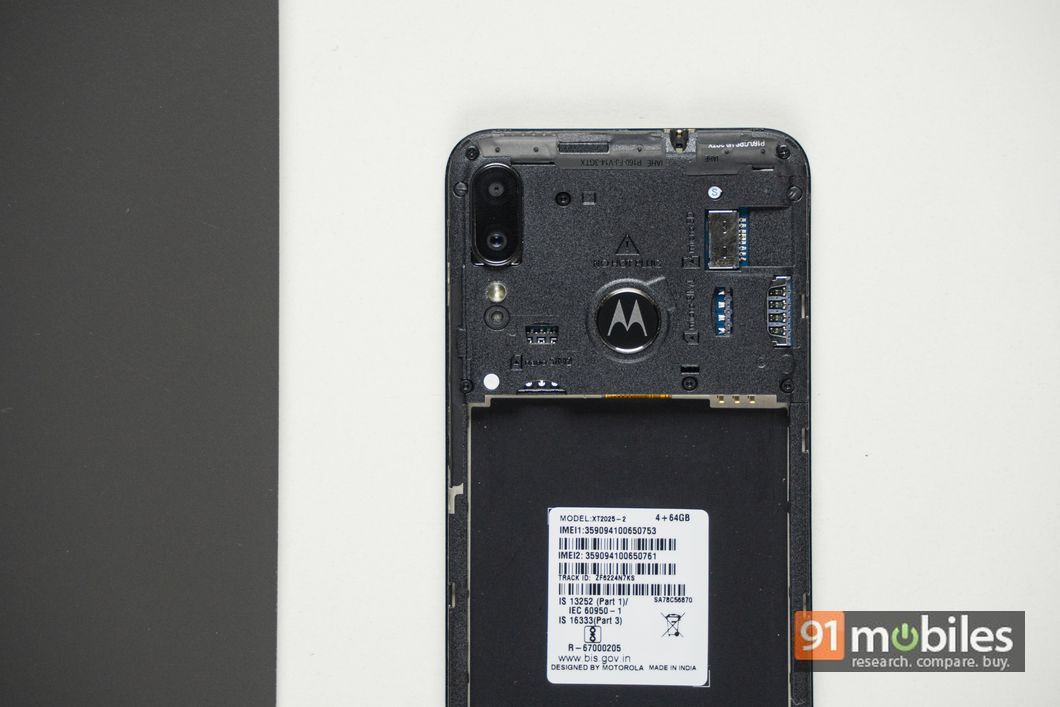 In addition to these, the Moto E6s features decent speakers powered by ‘BesLoudness’ sound enhancement option. In terms of connectivity, the phone rocks Bluetooth 4.2, single-band Wi-Fi, USB-OTG, FM radio, three satellite navigation systems, an accelerometer, an ambient light sensor, and a proximity sensor. The missing gyroscope and a compass, however, sticks out like a sore thumb.

By now, you’d have already made up your mind whether to go for the Moto E6s or not? However, if you’re still confused, let’s sum it up. The Moto E6s comes with a decent display, an easy to use UI, 4GB of RAM, and a battery that can last for at least a day. On the downside, the phone compromises on the performance front, design language, and ability to capture vibrant or social media-ready pictures.

The Moto E6s price in India is set at Rs 7,999, which means it’s up against the likes of Realme 5 (review), Redmi 8 (review), and Samsung Galaxy A10s. While these handsets may not be as easy to use as the stock-Android Moto E6s, they have better hardware to offer in this price range. 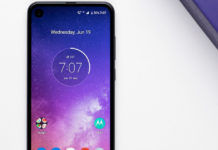 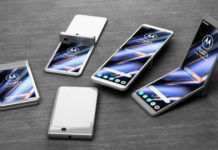 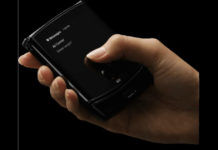 Moto RAZR 2019 renders leave nothing to the imagination 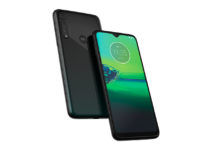 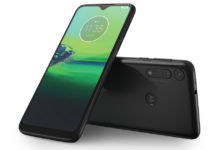 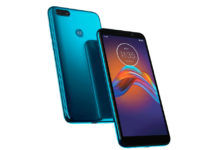 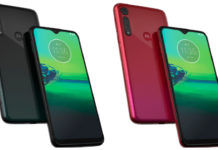 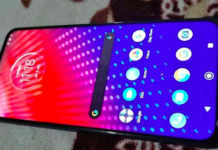 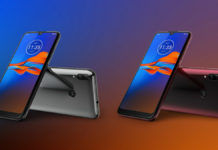 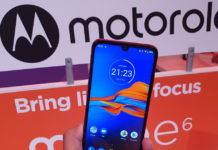