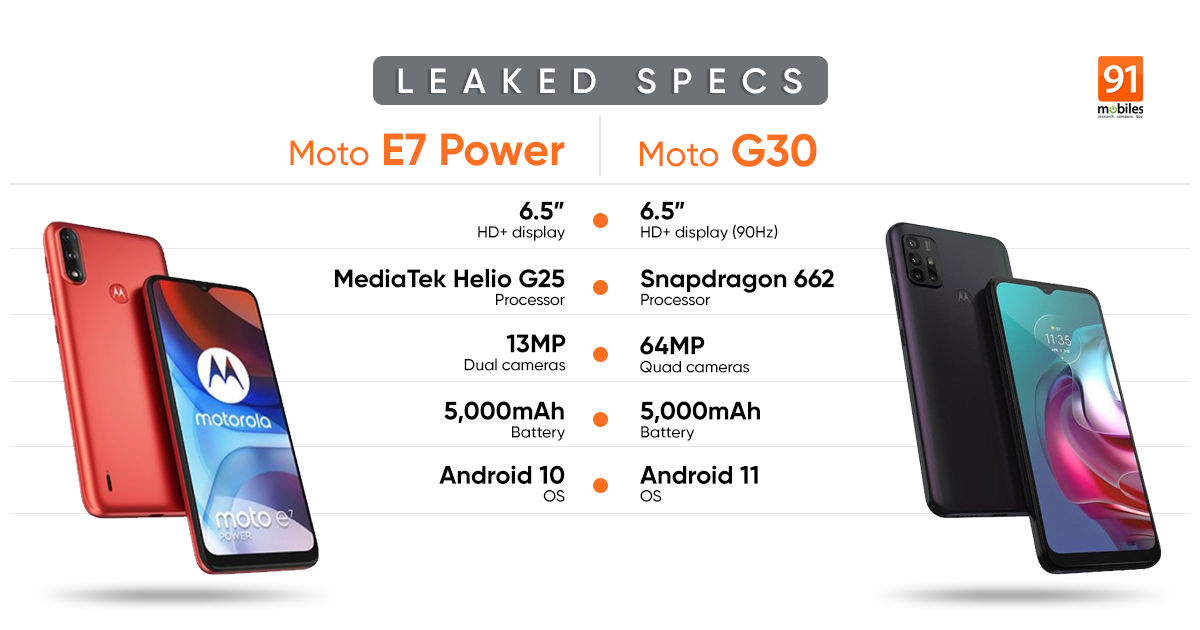 Moto E7 Power and Moto G30 specifications and renders have leaked out this week ahead of their launch. While the Moto G30 specs are on par with previous leaks and rumours, there is a minor tweak in the Moto E7 Power specifications sheet. The next-gen Moto E-series phone, as per a report by WinFuture, will rock the MediaTek Helio G35 SoC instead of Helio P22 chipset. The report also reveals that the upcoming Motorola mobile phone will tout the same 6.5-inch HD+ display with a waterdrop notch atop as the Moto G30. Additionally, both phones will be driven by a 5,000mAh battery. The report also reveals the Moto G30 and Moto E7 Power designs through high-quality renders.

Moto E7 Power specifications will reportedly include a 6.5-inch display with HD+ resolution and most likely standard 60Hz refresh rate. The smartphone will be powered by MediaTek Helio G25 SoC, which is rumoured to be paired with 2GB/4GB RAM and 32GB/64GB storage. The handset, as stated above, will house 5,000mAh battery and run Android 10 out of the box. For photography, the Motorola phone is expected to pack a 13MP primary camera and a 2MP depth camera with LED flash. At the front, the phone may employ a 5MP selfie camera. 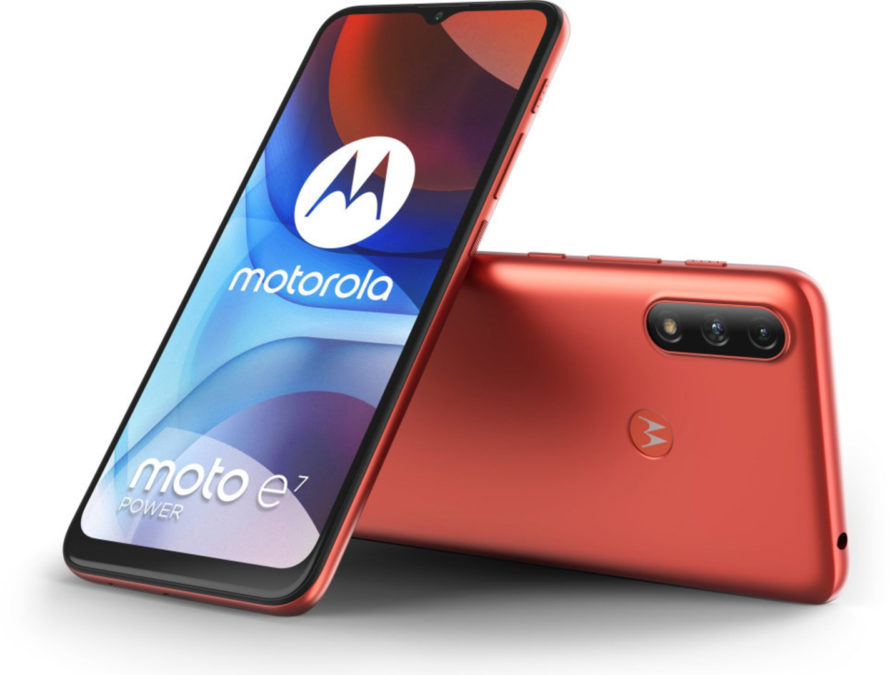 As for the Moto E7 design, it’ll tout a simple design with waterdrop notch and slim bezels around the display. The rear panel is likely to sport vertically-stacked dual cameras in the top left corner, a physical fingerprint sensor embedded in the Moto dimple, and speaker grille. The volume rocker and power button will be on the right spine and a 3.5mm headphone jack on the top edge. In addition to the red colour option (that you see in renders above), the Moto E7 Power could come in Blue colour option as well.

Moto G30 design will have the same waterdrop notch and slim bezels around the display as its younger sibling. However, around the back, it will pack a rectangular camera module. The speaker grill will most likely be on the bottom edge. 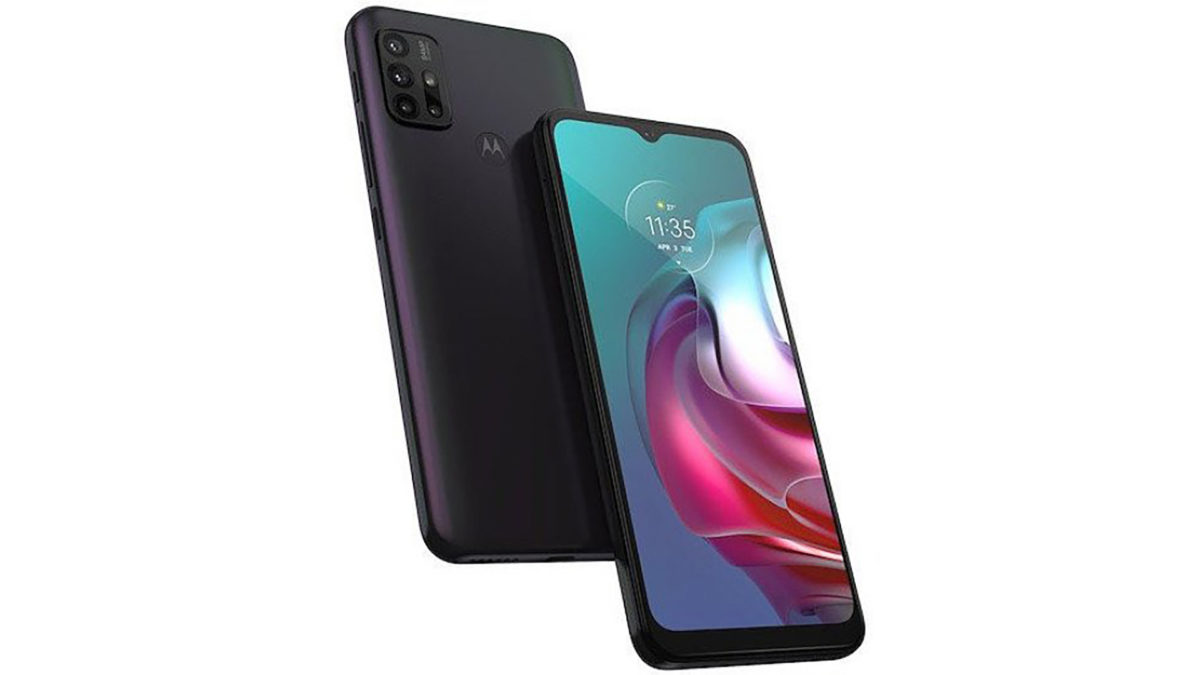 As for Moto G30 specifications, it’s speculated to employ Qualcomm Snapdragon 662 SoC paired with 4GB/6GB RAM and 128GB storage under the hood, quad rear cameras comprising 64MP primary, 8MP secondary, and a couple of 2MP snappers, and 8MP selfie snapper. The smartphone is also expected to sport a 6.5-inch HD+ 90Hz display, a 5,000mAh battery, 20W fast-charging support, and a fingerprint sensor in the Moto logo.

Kia installs India’s fastest EV charger in Kochi, juices up EV6 from 10 to 50 percent in 18 mins