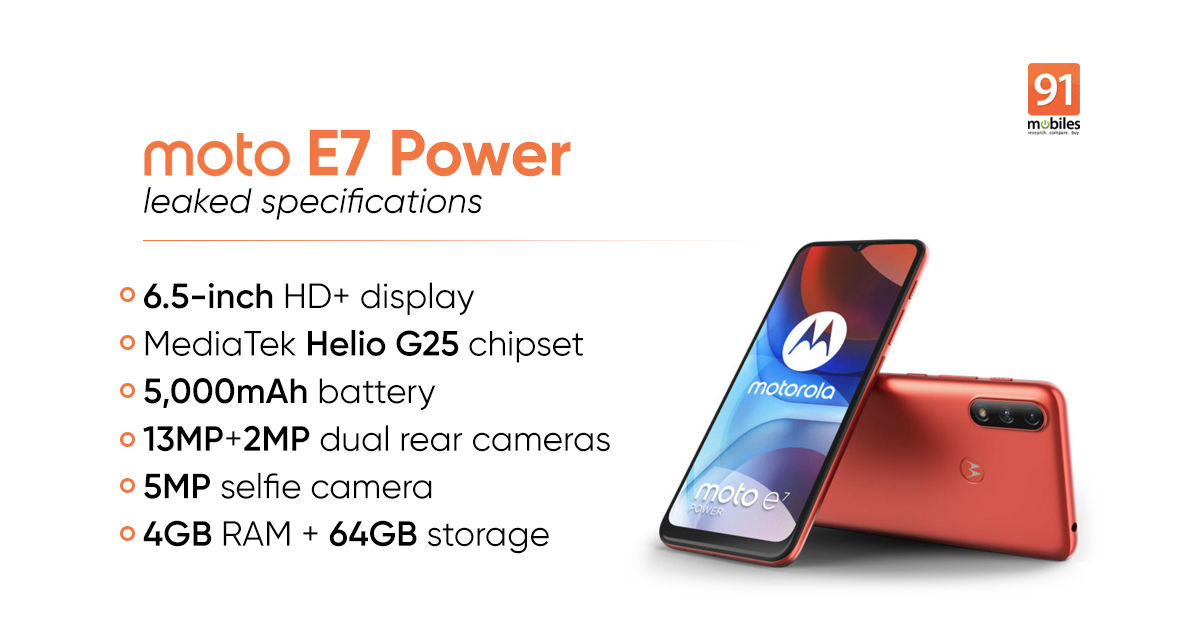 The Moto E7 Power has a waterdrop notch on the front for the selfie camera and slim bezels. The volume rocker, power button, and an extra button, presumably for Google Assistant, are present on the right. On the back, it has a speaker grille, dual cameras, and an LED flash stacked vertically. There is a physical fingerprint sensor embedded in the Moto dimple. The 3.5mm headphone jack seems to be on the top, while the USB Type-C port is on the bottom. 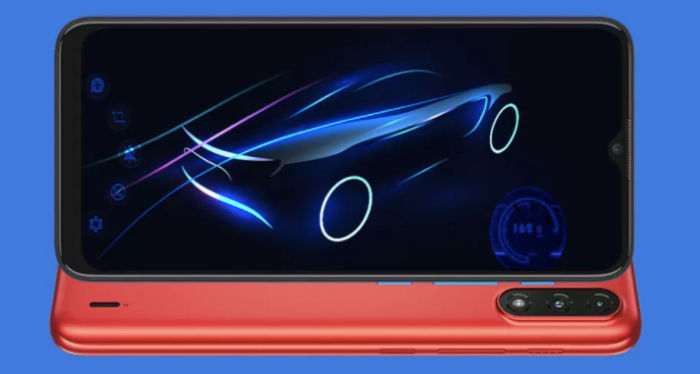 Moto E7 Power specifications include a 6.5-inch MaxVision HD+ display and powered by an octa-core processor paired with 4GB RAM and 64GB storage that is further expandable via a microSD card. The phone boots pure Android skin, packs a 5,000mAh battery, 13MP dual cameras, and 2X2 MIMO Network support. While that’s pretty much everything that is officially confirmed by the company, earlier reports have revealed MediaTek Helio P22 SoC, 5MP selfie snapper, and a 2MP secondary rear camera. We should know the Moto E7 Power price in India and complete specifications when it’s launched later this week.