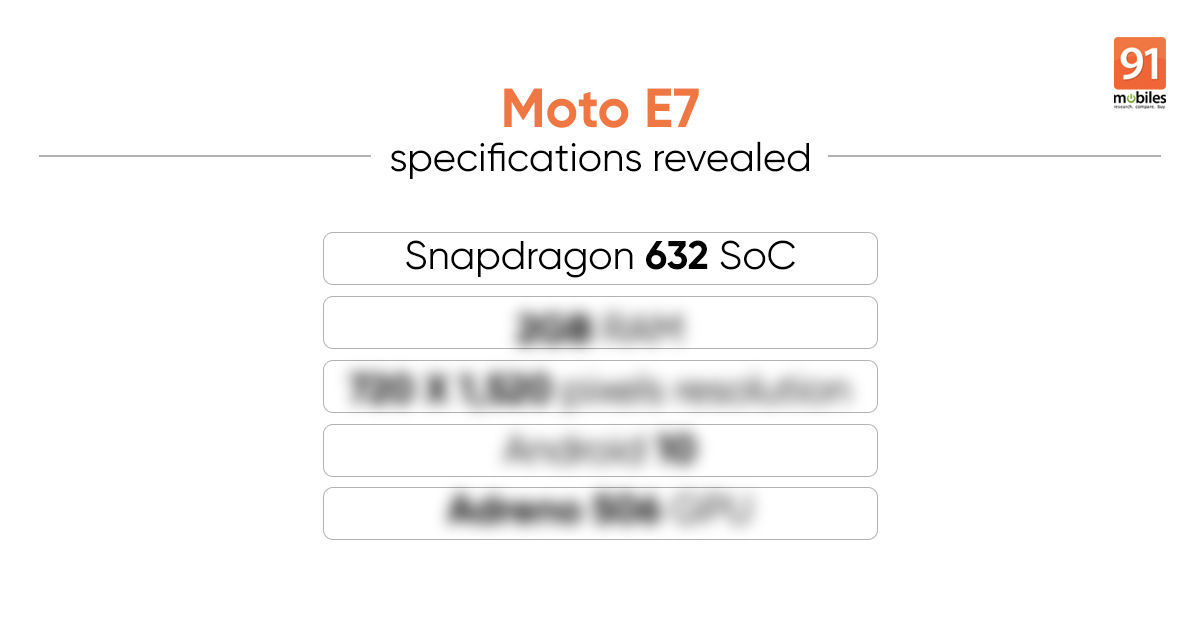 Moto E7 budget offering could be in the works as a successor to the Moto E6 that was unveiled back in 2019. The yet-to-be-launched handset from Moto has now appeared on the Google Play Console and the listing reveals some key specifications including the RAM, the software, display resolution, and chipset details. However, the listing doesn’t include the phone’s render just yet. According to the Google Play Console listing, Moto E7 will be powered by the Snapdragon 632 SoC coupled with Adreno 506 GPU and 2GB RAM, but there could be other variants as well. 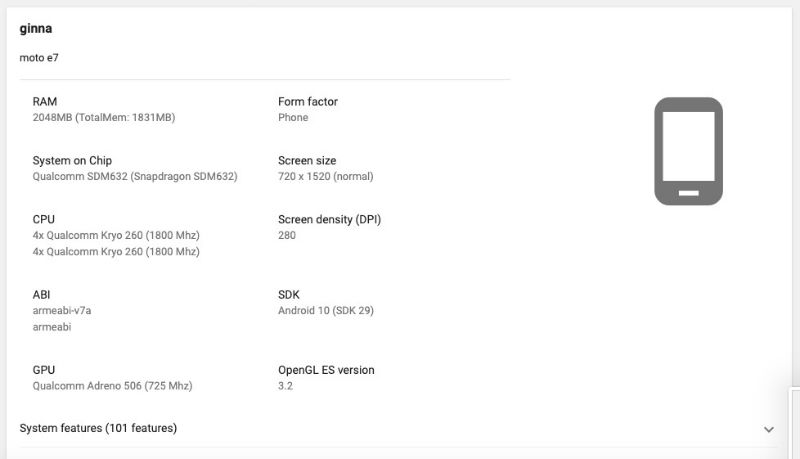 As per the listing, the Moto E7 will sport an HD+ display with 720 X 1,520 pixels resolution and 280 DPI. Lastly, the handset will boot Android OS, probably skinned with near-stock UI. Unfortunately, not much else is known about the Moto E7 at the moment, but the Google Play Console listing suggests the phone’s launch could be right around the corner.

Separately, a mystery Lenovo phone with model number XT2083-1 has bagged the Wi-Fi Alliance certification recently. It could be a Motorola-branded phone considering the model number format is similar to Moto phones. The handset boasts dual-band Wi-Fi connectivity and runs Android 10 OS out of the box. While the exact moniker of the phone is unclear at the moment, the handset could be a part of the Moto G or E-series phones and may debut globally in the next few weeks.