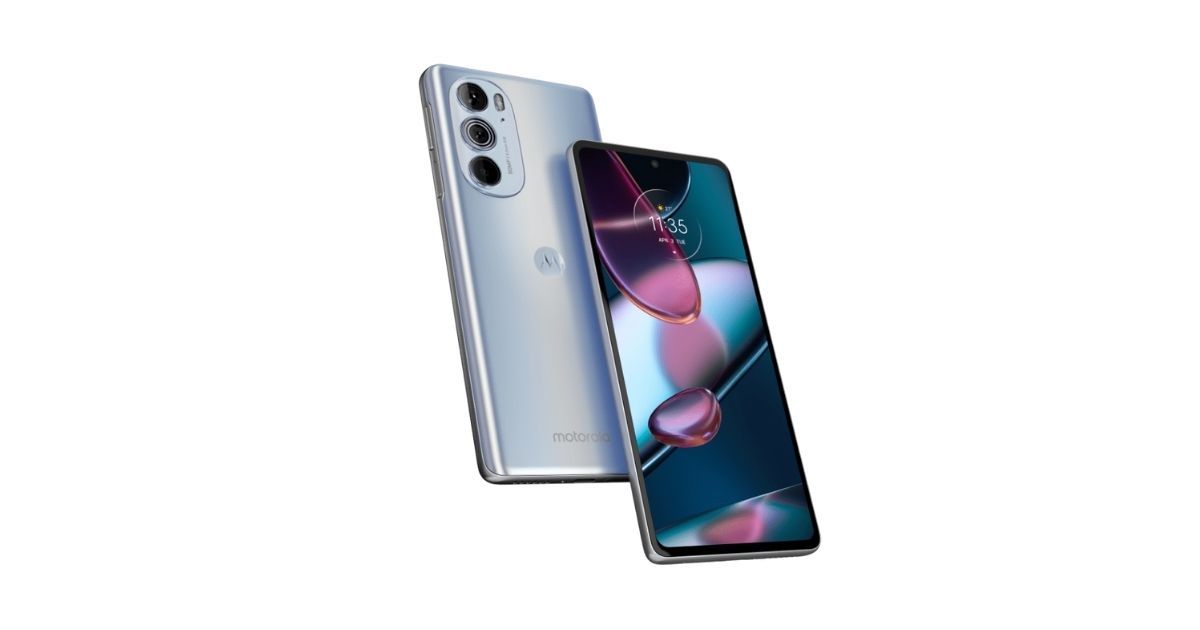 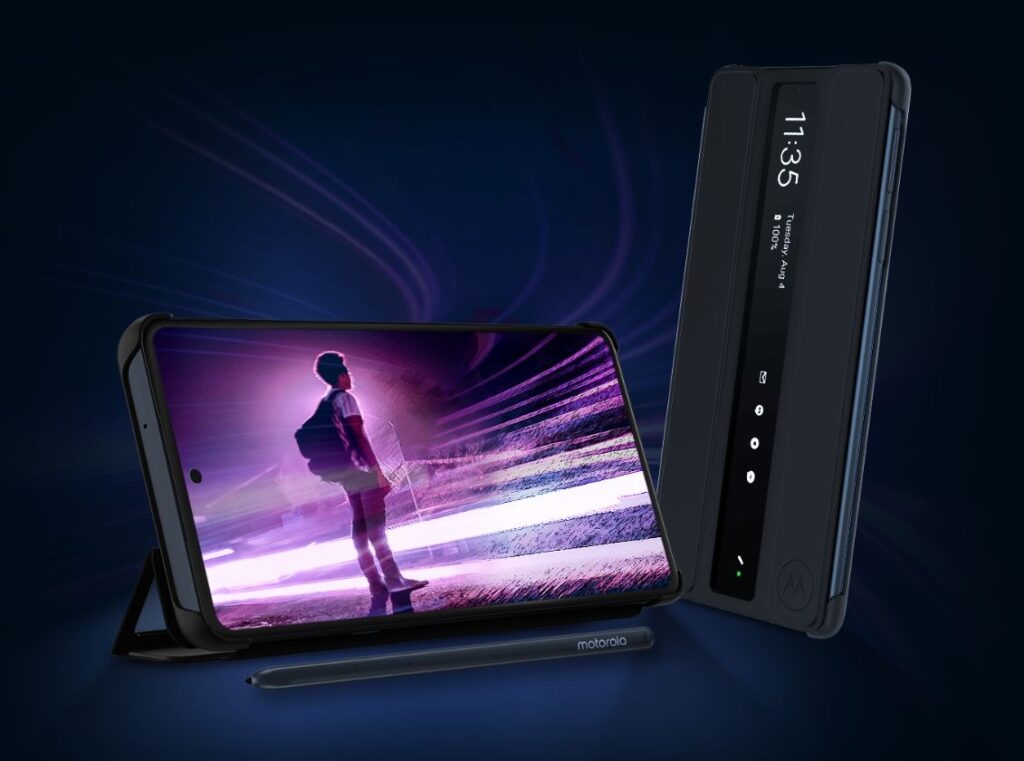 There’s not much known about the stylus, but XDA reports that it will come with Bluetooth connectivity. The report suggests that the stylus supports air gestures and wireless connectivity. The folio case can house the stylus on the back, charging it wirelessly when not in use. Further, removing the stylus from the case enables Bluetooth and opens up an app. The folio case has a vertical stripe in the middle showing the phone’s always-on display. We can also see a kickstand and a pen lying, which reportedly goes inside the holder on the back.

The Moto Edge X30 or the Edge 30 Pro features a 6.7-inch OLED FHD+ display with a 144Hz refresh rate, 100 percent DCI-P3 colour gamut coverage, HDR10+, and an in-display fingerprint sensor. Under the hood, the smartphone comes with the Snapdragon 8 Gen 1 chipset paired with up to 12GB LPDDR5 RAM and up to 256GB UFS 3.1 storage. Edge X30 boasts a 5,000mAh battery supporting 60W fast charging.

On the optics front, the Edge X30 has a triple rear camera setup consisting of a 50MP primary OV50A40 sensor with f/1.88 aperture lens, a 5MP ultra-wide-angle lens, and a 2MP tertiary sensor. It has a 60MP sensor housed inside the punch-hole cutout on the front for selfies.