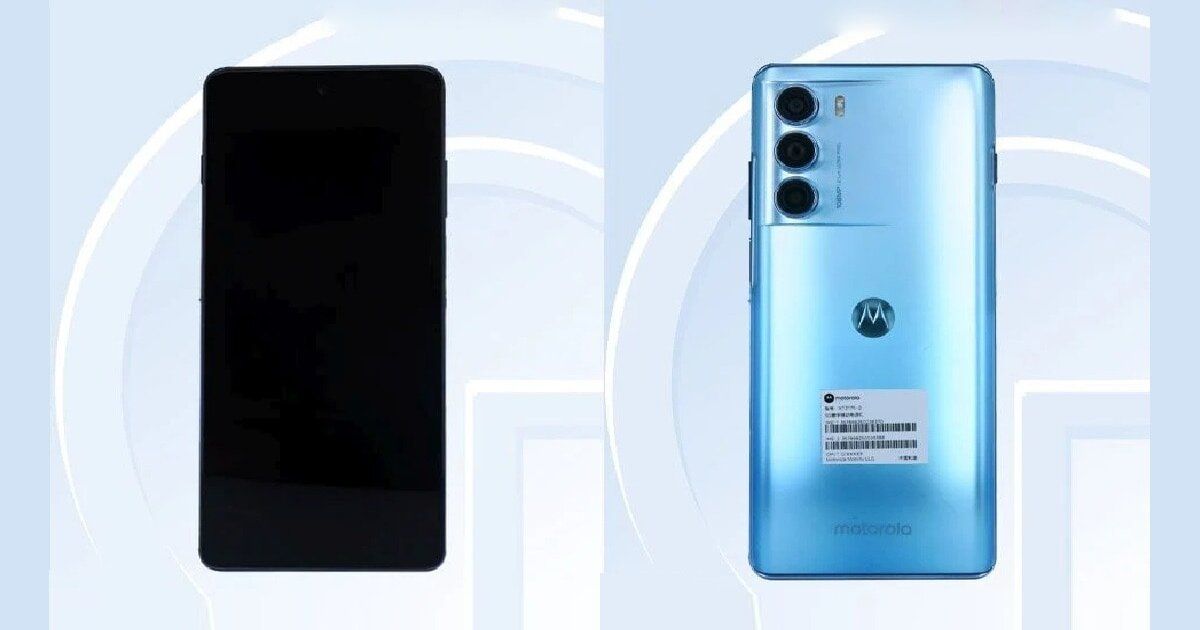 Recently, Motorola Moto Edge X and Moto Edge S30 smartphones have reportedly been spotted on the TENAA certification website. Both the devices could launch with different names in global markets. While the Moto Edge X could be launched as Motorola Edge 30 Ultra, the Moto Edge S30 could be renamed to Moto G200 in some markets outside of China. Now a new screenshot of a Motorola smartphone, listed on the AnTuTu benchmarking application has been shared (via GizmoChina) by Lenovo’s General Manager for Mobile Phone Business Department, Mr. Chen Jin.

The screengrab does not directly mention the model of the device, but the XT2175-2 model number, most likely confirms that it is indeed an upcoming flagship smartphone from Motorola. The XT2175-2 moniker has recently been certified by the TENAA and 3C certification websites of China and is expected to launch in December alongside the Motorola Edge X. 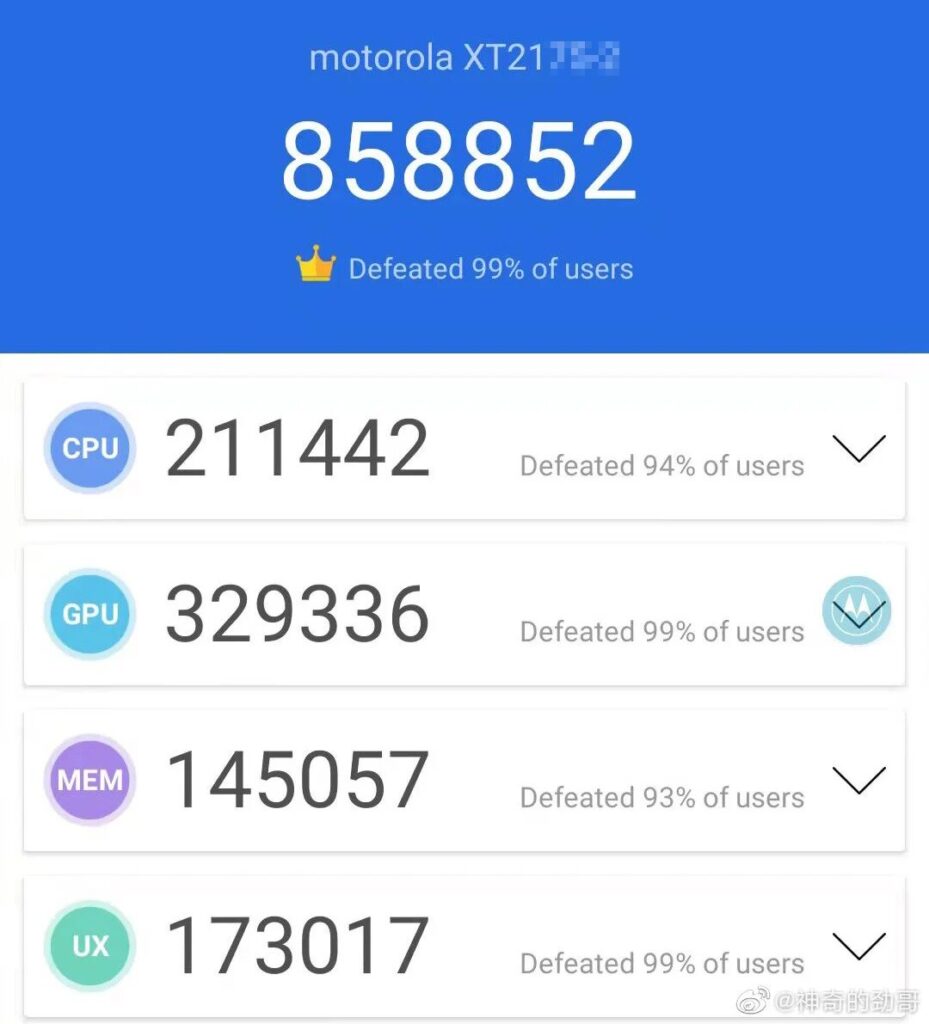 The device scored 858,852 points on AnTuTu. This is probably the highest score we have seen on Antutu for any Android smartphone till now. Till now Nubia Red Magic 6 scored around 8,58,734 points on the popular benchmarking website. The Moto Edge S30 should come with Snapdragon 888 chipset inside it, confirming as to why the device got such a high score on AnTuTu. As can be seen from the above screenshot, the Edge S30 scored 211,442 in the CPU test, 329,336 in the GPU test, 145,057 in the memory test, and 173,017 in the UX test. These are impressive numbers considering the device uses an almost year-old chip inside it.

The Motorola Moto Edge S30 aka Moto G200 is expected to run on Android 11 out of the box and will have a 6.78-inch full-HD+ LCD display with up to 144Hz screen refresh rate. As mentioned earlier, the handset is expected to come with Qualcomm Snapdragon 888 Plus chipset. As per the TENAA listing, the Moto Edge S30 will come in three RAM options, 6GB, 8GB, and 12GB including four storage options of 64GB, 128GB, 256GB, and 512GB.

For selfies and video calling, it will feature a 16MP front-facing camera, and its triple rear camera setup may include a 108 MP primary camera,  13MP ultrawide lens, and a 2MP depth assist sensor. It may come with a 4,700mAh battery that should support 33W fast charging. Finally, the smartphone is expected to measure 168×75.5×8.8mm in dimensions and weigh about 202 grams.

Motorola is expected to announce both the Moto Edge X and Edge S30 next month at an event in China. We will have more information around both the flagship smartphones by then, so stay tuned for that.