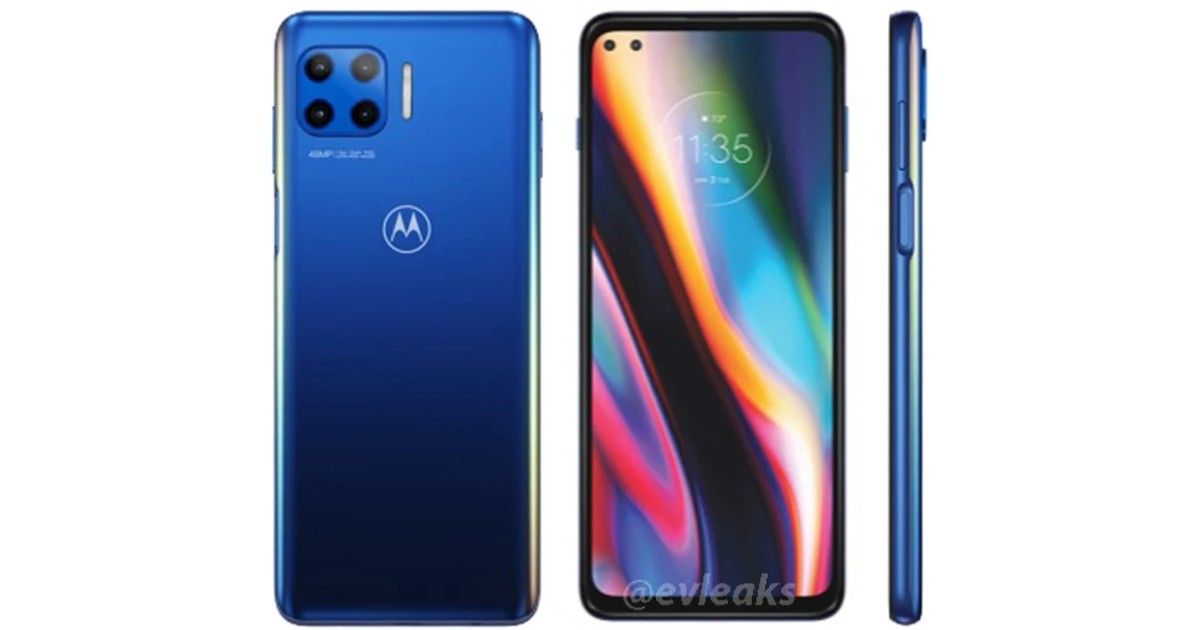 Moto G 5G design and specifications have been leaked ahead of launch courtesy tipster Evan Blass. The tipster shared some Moto G 5G renders, which reveal the phone will flaunt dual selfie cameras on the front and a quad camera setup at the back. The Moto G 5G specifications are said to be the same as the device that was previously being dubbed as Motorola Edge Lite. Separately, the tipster revealed that there will be Moto G 5G Plus as well, although its specifications are unknown at the moment.

Moto G 5G will reportedly ship with 21:9 aspect ratio FHD+ display that bears 90Hz refresh rate. As seen from the images, the handset will feature two punch-hole cut-outs in the top left for selfie cameras. The phone seems to have a side-mounted fingerprint scanner for security. The rear panel of the Moto G 5G sports quad cameras in a squarish module that’ll allegedly sport 48MP Samsung GM1 primary sensor, 4MP macro sensor, 8MP wide-angle sensor, and 2MP depth sensor. The LED flash can be seen placed beside the camera module. Up front, the phone is rumoured to house 8MP + 2MP setup for selfies and video calling.

The Moto G 5G is likely to be powered by Snapdragon 765 SoC, which has an integrated 5G modem. The chipset will be paired with 4GB of RAM and 64GB storage that can be further expanded using a microSD card. Software-wise, the phone is expected to run Android 10 OS out of the box. Moto G 5G is said to house a 4,800mAh battery. The phone is also expected to feature a dedicated hardware button for Google Assistant. Apart from this, the Moto G 5G will allegedly measure 167.98mm x 73.97mm x 9.59mm and weigh 207 grams.

There is no official launch date for Moto G 5G series yet, but the company has recently confirmed that it’s holding an event on July 7th in Europe.