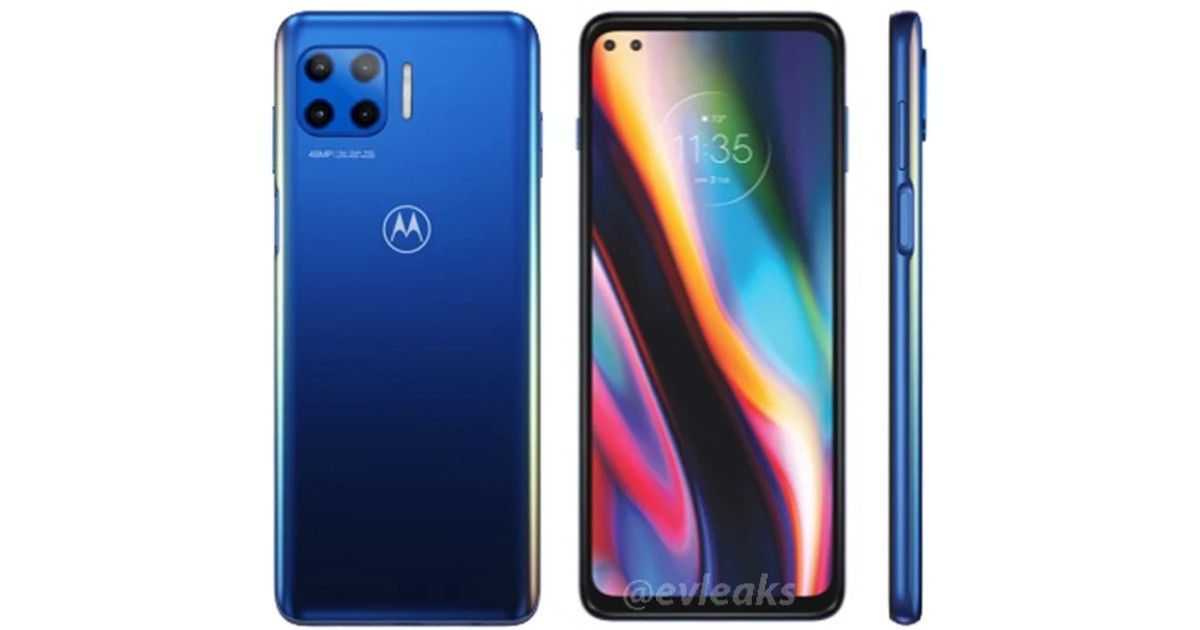 Moto G 5G and Moto G 5G Plus budget phones are in the works. While the complete specifications of the standard Moto G 5G were leaked online recently, nothing much was known about the Plus variant until now. However, some key Moto G 5G Plus specifications have now been spotted on Geekbench, giving us an idea of what to expect. The phone managed to score 596 points in the single-core test and 1872 points in the multi-core tests, respectively. The listing reveals the Moto G 5G Plus will be powered by an octa-core Snapdragon processor, but the chipset’s name hasn’t been revealed. The phone will also come with 4GB RAM and Android 10 OS, which should be near-stock UI. 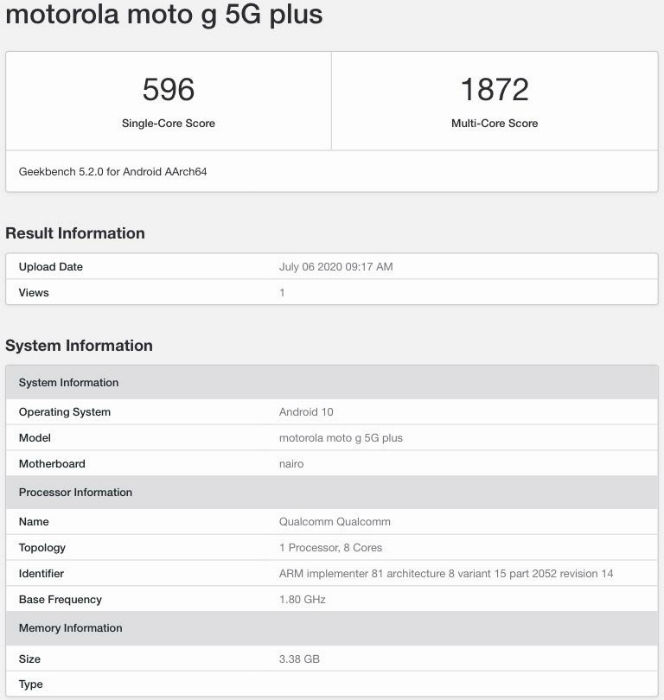 Coming to the leaked Moto G 5G specifications, the phone will reportedly ship with a full HD+ display, 90Hz refresh rate and 21:9 aspect ratio. It will have a punch-hole design with separate cut-out at the top left corner. The handset is said to be powered by the Snapdragon 765 SoC with 5G connectivity, 4GB RAM and 64GB internal storage that is further expandable via microSD card. It is expected to run Android 10 OS out of the box.

The Moto G 5G could have a side-mounted fingerprint sensor for security and a square camera module with a 48MP Samsung GM1 primary sensor, 4MP macro sensor, 8MP wide-angle sensor, and 2MP depth sensor. For selfies and video calls, it is rumoured to house 8MP + 2MP setup for selfies and video calling. The phone may house a 4,800mAh battery will fuel the phone and is said to have a dedicated button for Google Assistant. The Moto G 5G will measure 167.98mm x 73.97mm x 9.59mm and weigh 207 grams.