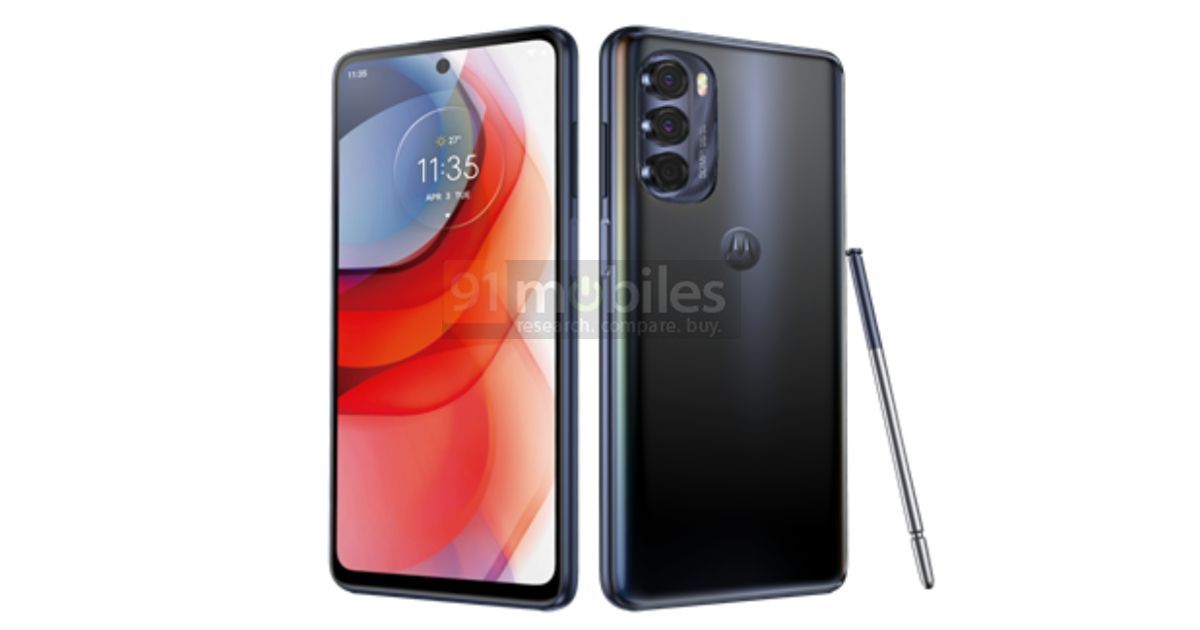 Motorola is one of the major companies which always releases stock android based smartphones for people on budget and flagship price segments. The company is also known for providing flagship smartphone features on budget and mid-range price segments as well. 91mobiles has exclusively learned from industry sources that three upcoming smartphones with codenames Rogue (Motorola Edge 30 Ultra), Milan (Moto G Stylus 2022), and Austin are set for launch in 2022. We have shown off renders for the Motorola Rogue and Austin phones. Now, here’s a look at the Milan device, which will possibly launch as the Moto G Stylus 2022.

The Moto G Stylus 2022 with codename “Milan” and model number XT2211DL could be a 5G ready device, just like the Motorola Moto G Stylus 5G, which was launched in June this year. The smartphone is expected to come with a dedicated stylus pen slot, that’s specified for the stylus support that enables to quickly jot down notes, draw or sketch artwork, and more. The smartphone should also come with the Moto Note app, which is used for writing quick notes and reminders and can also be opened without unlocking the phone.

Looking further at its design (seen above), the upcoming smartphone comes with a punch-hole camera at the top center part of its display along with a side-mounted fingerprint scanner. The volume rocker is also on the right side of the smartphone along with the fingerprint scanner. Further, there is a triple camera setup at the rear side of the smartphone alongside an LED flash. The engraving on the camera module suggests it may have a 50MP primary camera sensor, with the details of the other camera sensors still unknown. The phone can be seen in a Black colour option. Further introspection tells us that the smartphone could be made out of a polycarbonate body to keep the pricing in check. Unfortunately, the source hasn’t revealed the specifications of the smartphone yet.

To recall, the Moto G Stylus 5G comes with a 6.8-inch FHD+ display, Snapdragon 480 chipset, and is backed up by a 5,000mAh battery. The smartphone was officially launched in the USA but never made it to India. The device has a new GIF Maker that lets you create GIFs and share them with friends on social media apps. The phone runs on Android 11 OS with near-stock UI on top. It was priced at $399.99 (around Rs 29,200) for the 6GB/256GB model and came in the Cosmic Emerald colour option only.

Coming to the Moto Edge 30 Ultra with the codename “Rougue”, it could come with a 6.6-inch flat OLED display with a punch-hole cutout, 144Hz refresh rate, and HDR10+ certification. It is said to be powered by the Qualcomm Snapdragon 898 chipset with up to 12GB LPDDR5x RAM and 256GB UFS 3.1 storage. The smartphone is likely to boot Android 11 OS, with almost stock Android Os on top of it. There is a triple camera setup on the back, comprising of a 50MP primary sensor, a 50MP Samsung JN150 ultrawide sensor, and a 2MP depth sensor. It’s expected to come with a whopping 60MP snapper on the front for selfies.