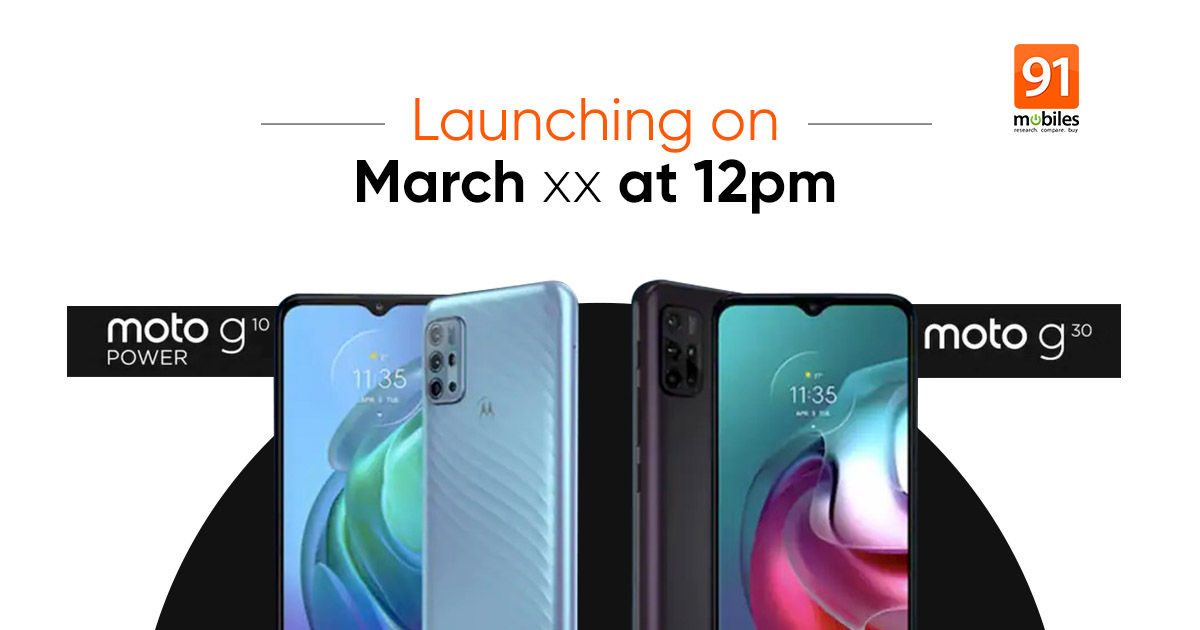 The image posted by Motorola doesn’t reveal much about the phones. The company has used the hashtag #AsliAllaRounders, hinting that there will be more than one device announced. As the Moto G30 was launched in Europe back in January, we know the handset’s specifications. However, the specifications of Moto G10 Power are not known yet. 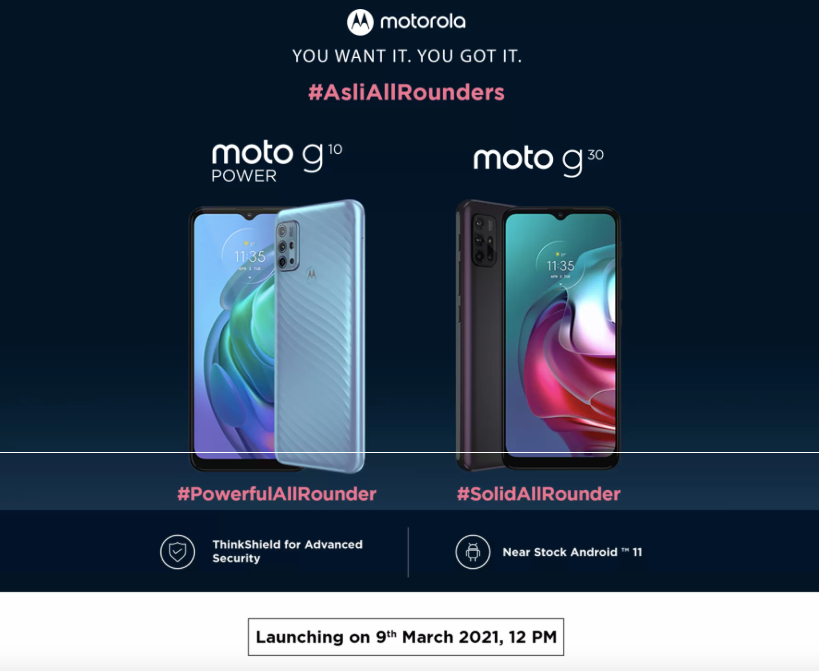 The Moto G30 is powered by the Snapdragon 662 processor, paired with a maximum of 6GB RAM and 128GB storage. The phone packs a 6.5-inch HD+ display with a 90Hz refresh rate. It comes with a quad-rear camera setup with a primary 64-megapixel sensor and houses a 5,000mAh battery with 20W fast charging support. The Moto G10 Power and Moto G30 prices in India and sale dates are expected to be revealed soon enough.

On the other hand, we don’t have any specs for the Moto G10 Power but they could be similar to the specs of the Moto G10. To recall, the Moto G10 comes with the Snapdragon 460 processor, a 6.5-inch HD+ resolution screen, an 8MP selfie camera, and a 48-megapixel quad rear camera setup. The handset houses a 5,000mAh battery with 10W charging support and offers features such as dual-band Wi-Fi, Bluetooth 5.0, USB Type-C port, and runs Android 11 out of the box.