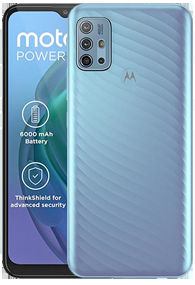 In the past, I have appreciated Motorola’s simplistic design choices in the budget-oriented G series smartphones. However, the landscape of sub-Rs 10,000 phones has changed dramatically in recent times. Heavy competition amongst OEMs has prompted a more feature-packed approach to smartphones while keeping prices low. The Moto G10 Power, launched at Rs 9,999, looks a lot like previous Moto phones and also has to contend with the overlapping pricepoint of its own sibling, the Moto E7 Plus (review), apart from strong competition from other rivals. Let’s take a look at the G10 Power in this review. 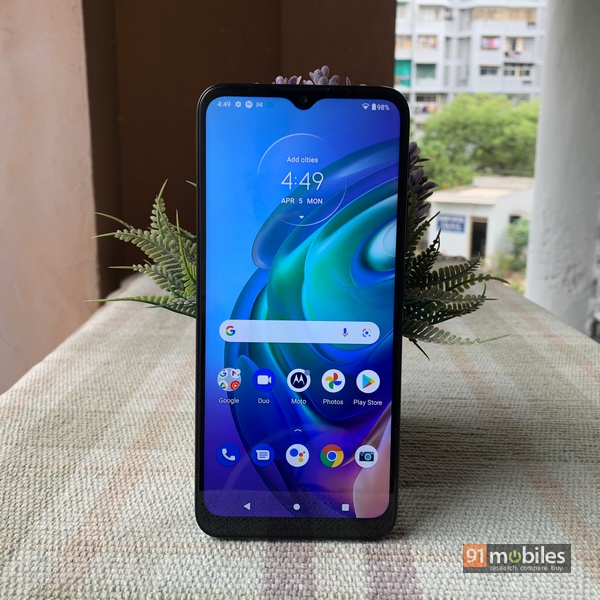 Motorola’s tried and tested formula for the budge space might not work in the case of the G10 Power. The stock Android doesn’t seem that enticing when the processor backing it up is not a strong one, as is the case with the Moto G10 Power. It seems to me that the 6,000mAh cell is the phone’s only saving grace, as it does not outdo the competition in any other aspect. 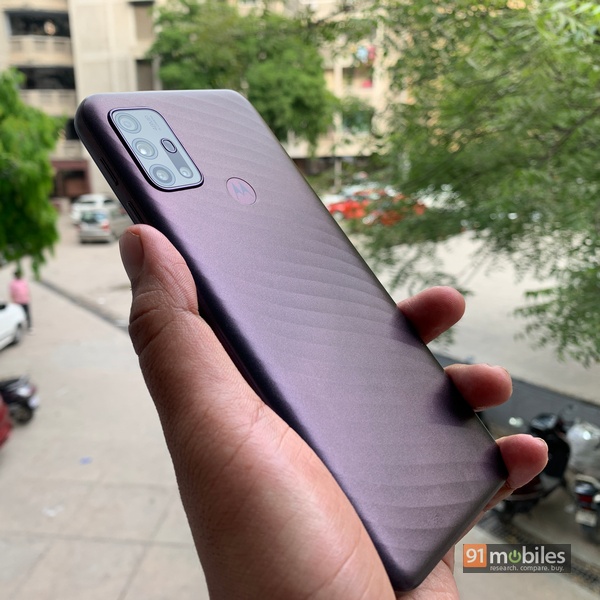 Motorola has made the G10 Power with a focus on battery and as such the bulky design of the device reflects that. The G10 Power is a thick slab with substantial weight to it, and the plastic polycarbonate construction seems quite sturdy. There is a textured finish on the back, a fingerprint reader with the Motorola logo embossed, and a quad-camera module sitting nearly flush with the body. A headphone jack is present on the top while the USB-C port can be found at the bottom alongside the speaker grille. Like many other Moto phones before it, there is a dedicated Google Assitant button on the side alongside the power and volume rocker buttons. The whole setup is quite robust and is easily meant to last a long time from a durability standpoint. The 6.5-inch HD+ panel on the front is of an LCD variety and displays decent enough colours for a budget phone. It doesn’t get as bright as I would’ve preferred, but it gets the job done. There is a waterdrop notch at the top while the panel itself surrounded by chunky bezels on all sides. 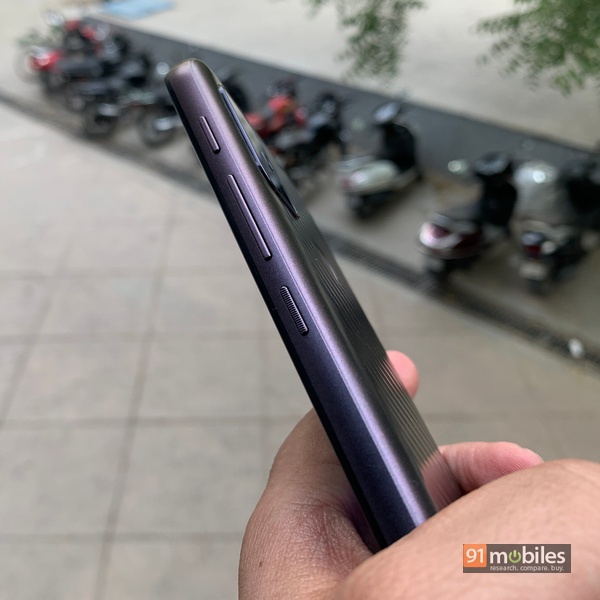 On the camera front, you get a quad-camera setup with a 48MP primary shooter along with an 8MP ultra-wide, 2MP macro, and 2MP depth cameras. On the whole, the Moto G10 Power offers a decent photo-taking experience. Dynamic range is good enough and detailing is on point for the most part. Focusing speeds are slightly on the slower side but shutter speeds are much better. There are a lot of camera modes buried inside the settings menu, but the most important ones are definitely the Night Vision and Portrait modes. The latter makes use of the 2MP depth shooter and doesn’t have the most accurate edge detection. There is an 8MP ultra-wide shooter as well that skims a bit on detail, but otherwise brings in good colours. 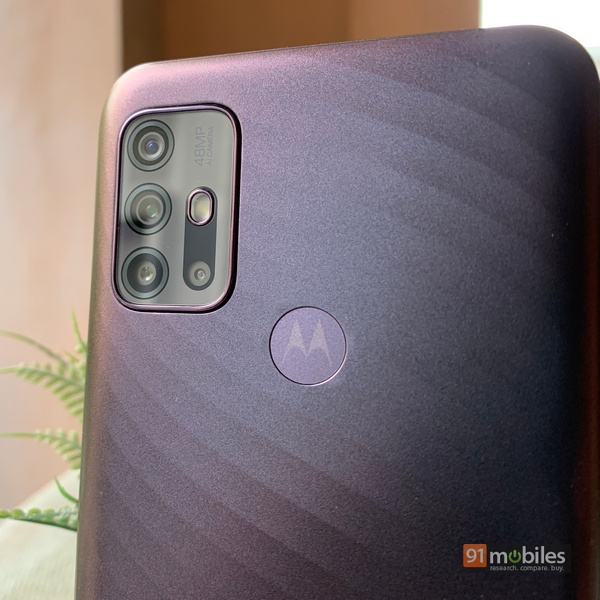 Finally, there is the macro shooter which seems like it has been added to just pad up the camera system. At night, only the primary shooter is worth its salt but just about. If there is very low ambient lighting, the device can’t shoot any usable pictures. The selfie shooter has an 8MP sensor that does click some pleasing photos when given a good amount of light. Running the setup is an octa-core Qualcomm Snapdragon 460 chipset that has the Adreno 610 GPU. With this being more of an entry-level SoC, the G10 Power will run through any low-intensity to medium-level tasks. The occasional stuttering of the UI and random lag is quite prominent even with the stock Android 11 platform that places relatively less stress on the processor. Apart from that, any kind of high-end gaming on a phone like this would be very counterintuitive. 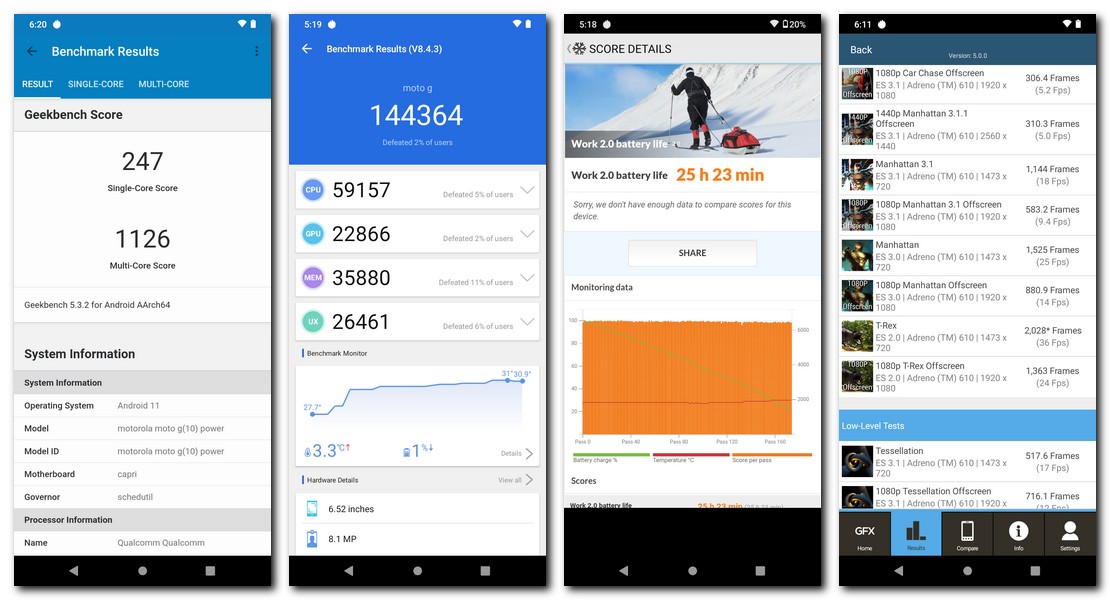 You do get speedy fingerprint authentication and a very clean aesthetic to your software which is a feature that Motorola relies on a lot. However, the key selling point for the phone is the gigantic 6,000mAh battery that can last a very easy two days if the usage is moderate. The 10W charger inside the box will take more than two hours to juice up the phone, however. 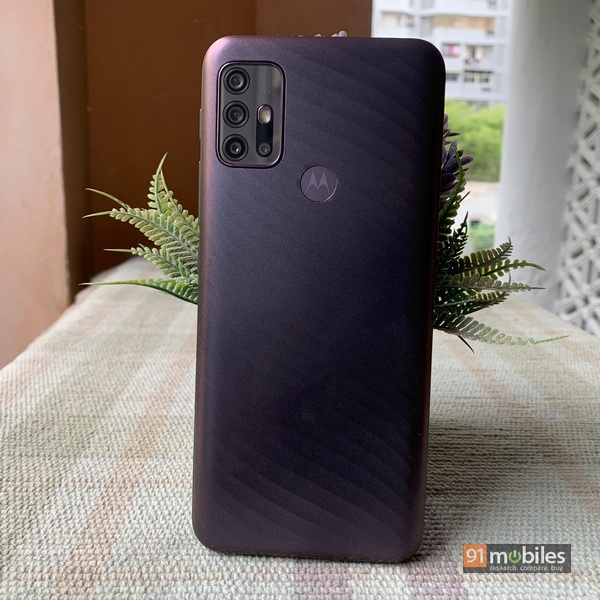 I think the Moto G10 Power is a decent attempt at a budget phone and Motorola has focused on some key aspects that users would want in their phones. This includes a long-lasting battery backup that can deliver a substantial period of usage off a single charge, alongside a satisfactory display and decent camera results in daylight. The phone however, can’t really match up in terms of performance, and to be quite honest the design does not leave a lasting impression. The POCO M3 (review) and even the Moto G30 (review) look like better and worthwhile options while costing just Rs 1,000 more.