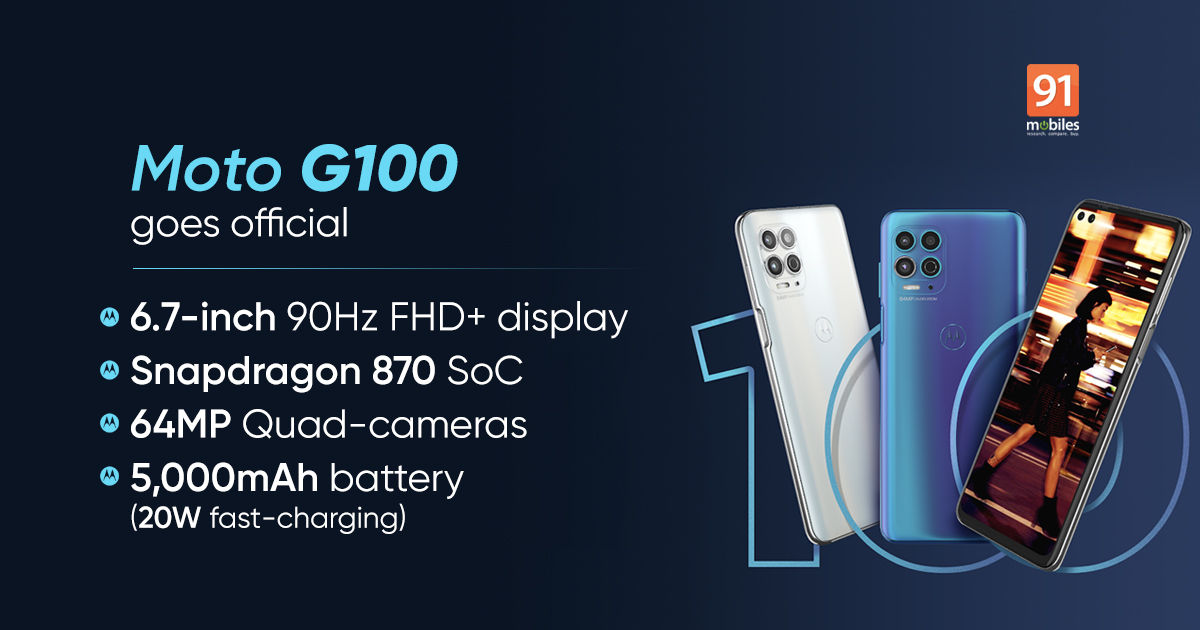 Motorola Moto G100 price and specifications have been officially announced globally. As speculated, the phone is indeed a rebrand of the Motorola Edge S that was introduced in China. The smartphone comes with dual punch-hole cameras, a side-mounted fingerprint sensor, and multiple colour options. Moto G100 specs include the Qualcomm Snapdragon 870 SoC, a 5,000mAh battery, a 90Hz FHD+ display, and 64MP primary camera. Here’s a quick look at the Moto G100 price, specifications, and availability details.

The Moto G100 price is set at EUR 499.99 (Rs. 42,800) for the base model. However, the high-end variant’s price hasn’t been revealed. It comes in Iridescent Sky, Iridescent Ocean, and Slate Grey colour options. The phone will soon be available in Europe and Latin American markets soon. 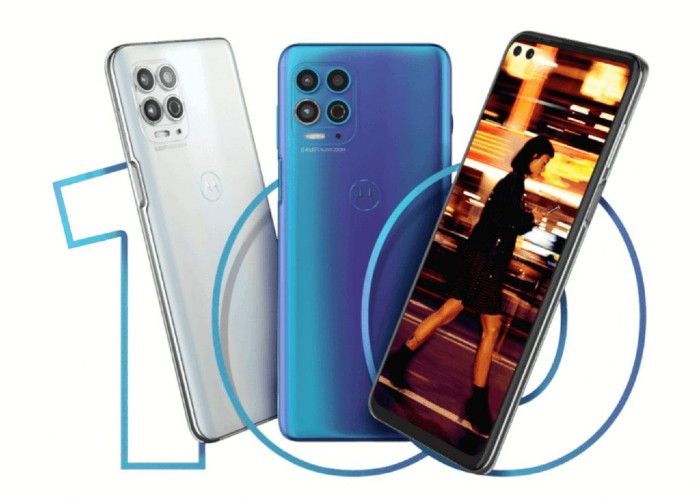 Moto G100 sports a 6.7-inch FHD+ LCD display with a 90Hz refresh rate, 2520× 1080 pixels resolution, dual punch-hole cameras, and HDR10. It is powered by the Qualcomm Snapdragon 870 SoC paired with Adreno 650 GPU GPU, up to 12GB RAM and 256GB internal storage that is further expandable via microSD card. It runs on Android 11 out of the box, packs a 5,000mAh battery with 20W turbocharging, a side-mounted fingerprint sensor for security and a dedicated Google Assistant button.

Motorola has also announced the ‘Ready For dock’, which holds the phone in portrait or landscape mode. It has a flexible hinge design and has an integrated fan that keeps it cool. The company also plans to allow wireless accessibility from a PC. It is working on a new Ready For experiences to the Lenovo ThinkReality A3 AR smart glasses, that would allow for extended Ready For mobile desktop, video, gaming and entertainment experiences in augmented reality when connected to the moto g100 to monitors, keyboards and Lenovo’s AR glasses.