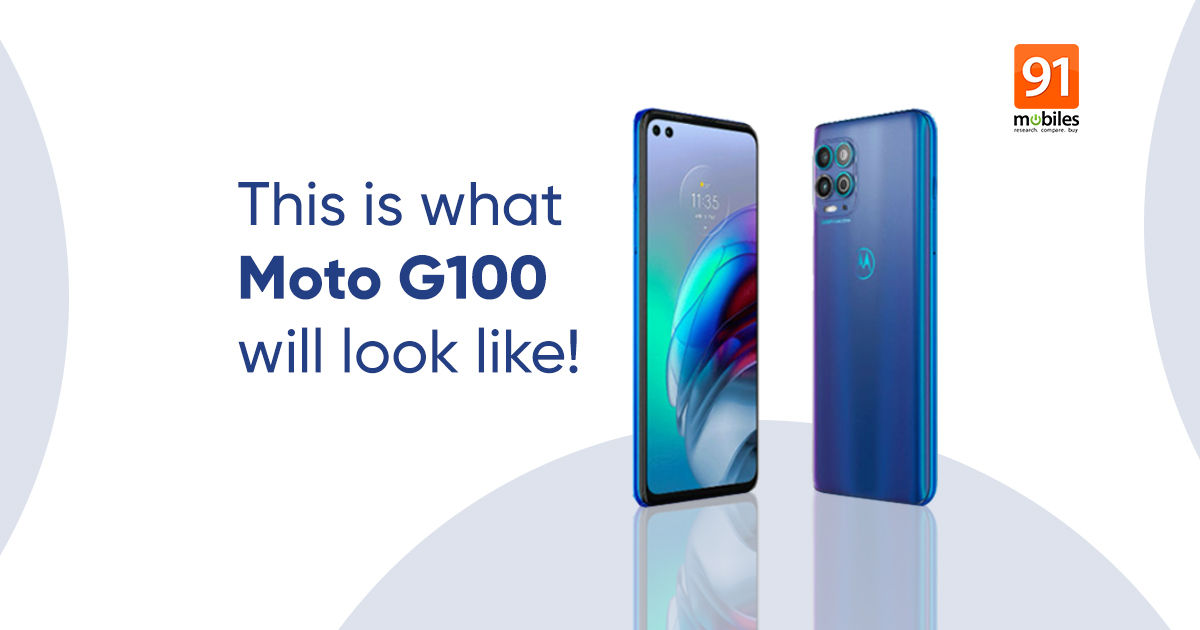 Motorola’s upcoming smartphone, the Moto G100, is expected to launch globally on March 25th. The Moto G100 allegedly has the model number XT2125 and it is expected to be a rebranded Motorola Edge S for the global markets. So far, the Moto G100 specifications have been spotted on Geekbench. We had also spotted the device on a Spanish retail website, Paratupc, which revealed the European pricing of the smartphone. Today, however, we have complete Moto G100 specifications and renders, courtesy of popular tipster, Evan Blass. 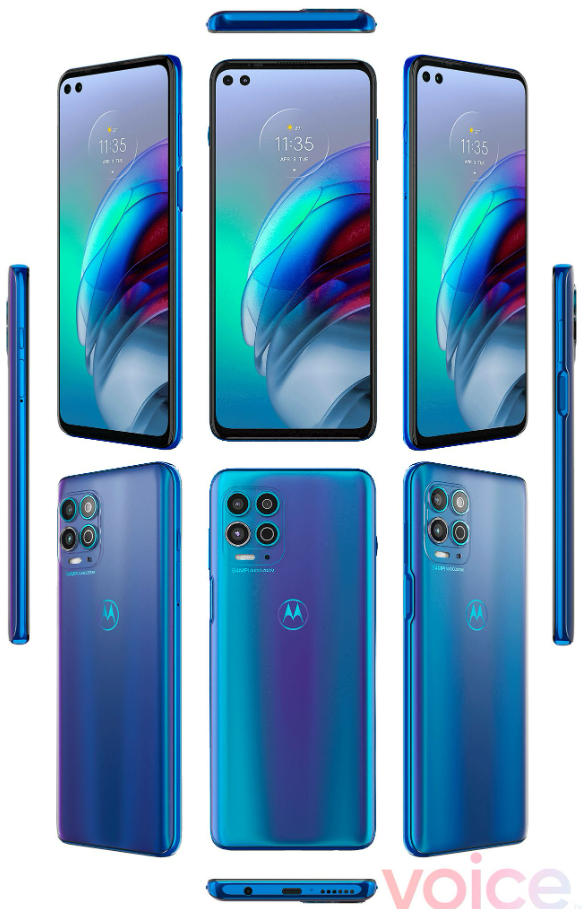 According to Evan Blass, the Moto G100 will have a 6.7-inch display. As you can see in the images that were shared by the tipster, the Motorola Moto G100 has two punch-hole cutouts on the top-left corner of the screen.

The tipster claims that the Moto G100 will be powered by the Qualcomm Snapdragon 870 SoC, which will make it the most powerful G-series device in Motorola’s lineup to date. The smartphone is said to have 12GB of RAM and 256GB of storage along with a microSD card slot supporting cards up to 1TB. According to the leak, the Moto G100 will have two front-facing cameras, a 16MP unit, and an 8MP unit. At the rear, the device is said to feature a quad-camera setup with 64MP, 16MP, and 2MP cameras and a 3D ToF sensor.

Blass claims that the Moto G100 will have a 5,000mAh battery and 20W fast charging. The tipster also says that the smartphone will be sold with an HDMI cradle which will allow you to connect the Moto G100 to an external display and enjoy a PC-like experience on it.

The device shown in the images is in the Iridescent Ocean color, claims Blass. Expect the display of the smartphone to feature an AMOLED panel and a 120Hz refresh rate. The Spanish retail website had listed the Motorola Moto G100 price at EUR 479.77 (approximately Rs 41,600). However, the price of the smartphone is expected to be much lower in the Indian market. The Moto G100 launch date in India, however, is still unknown.