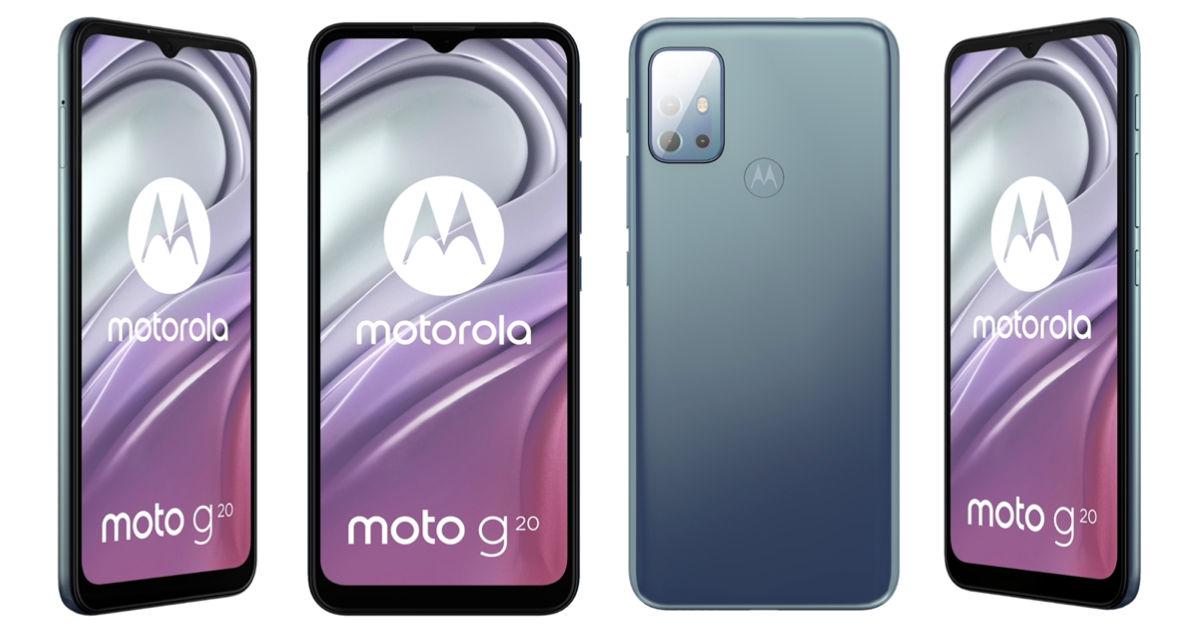 We have obtained exclusive information about the Moto G20 specifications via our trusted source Sudhanshu. It succeeds the Moto G10 launched some time ago in India and international markets and offers entry-level specifications with some minor upgrades (and downgrades) across the board. The chipset that Motorola has chosen for the Moto G20 is interesting, to say the least, and many would consider it to be a step down compared to the G10. Everything else is pretty much identical across the board, although it does include a high-refresh-rate screen, which is somewhat of a rarity in the budget smartphone market. The source also provided us with some clear Moto G20 renders. 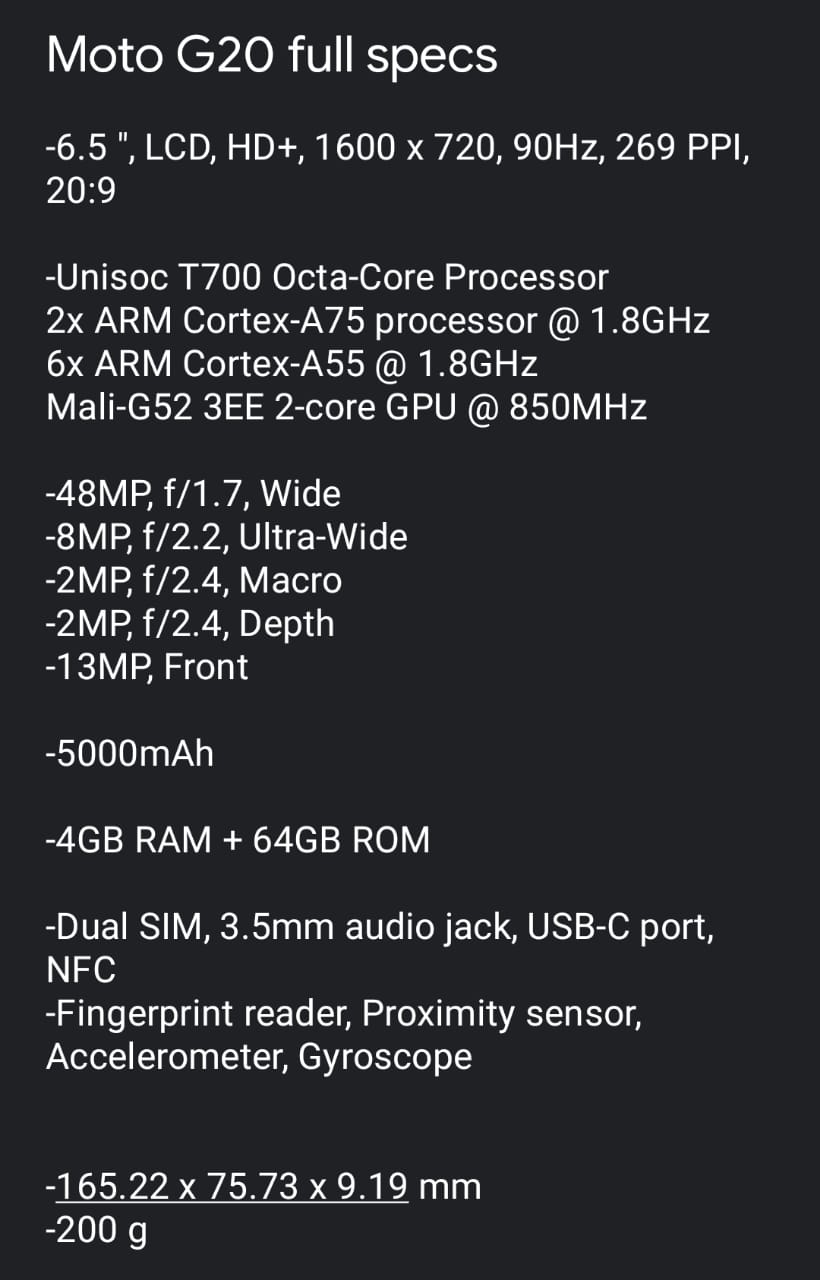 Moto G20 to comes with a waterdrop display and quad cameras 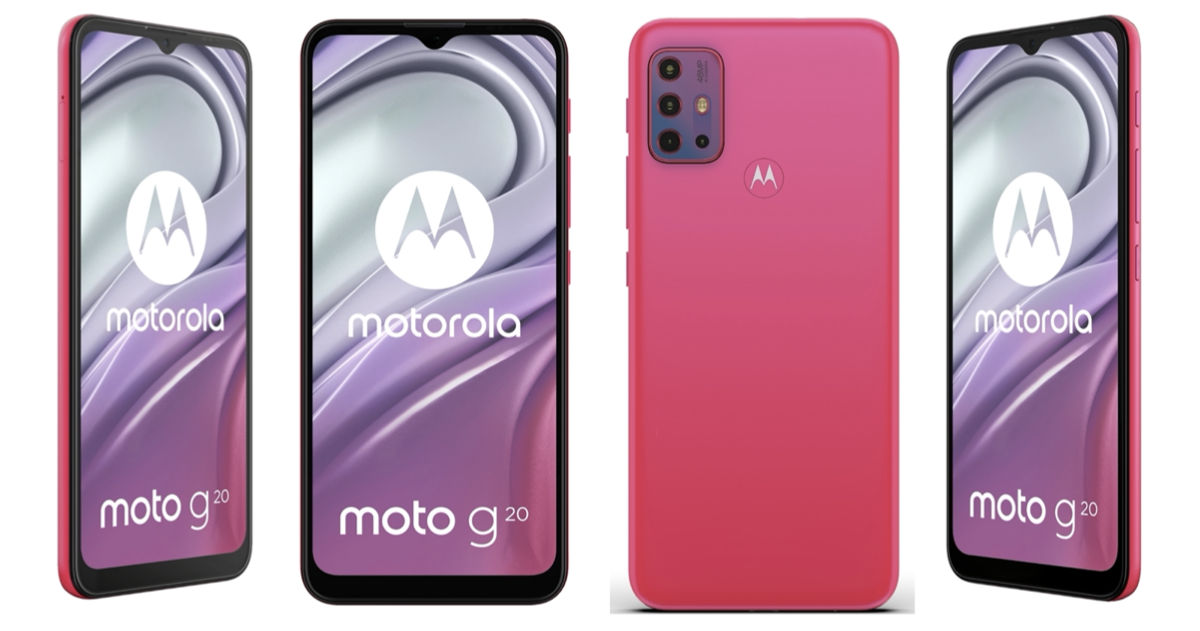 The Moto G20 will feature a 6.5-inch IPS LCD panel with a screen resolution of 720 x 1,200 (HD+), a 20:9 aspect ratio, 269 PPI pixel density, and a refresh rate of 90Hz. An FCC listing from earlier told us that the smartphone would run a 5,000mAh battery that supports 10W fast charging via a USB Type-C port. This information is corroborated by our source. 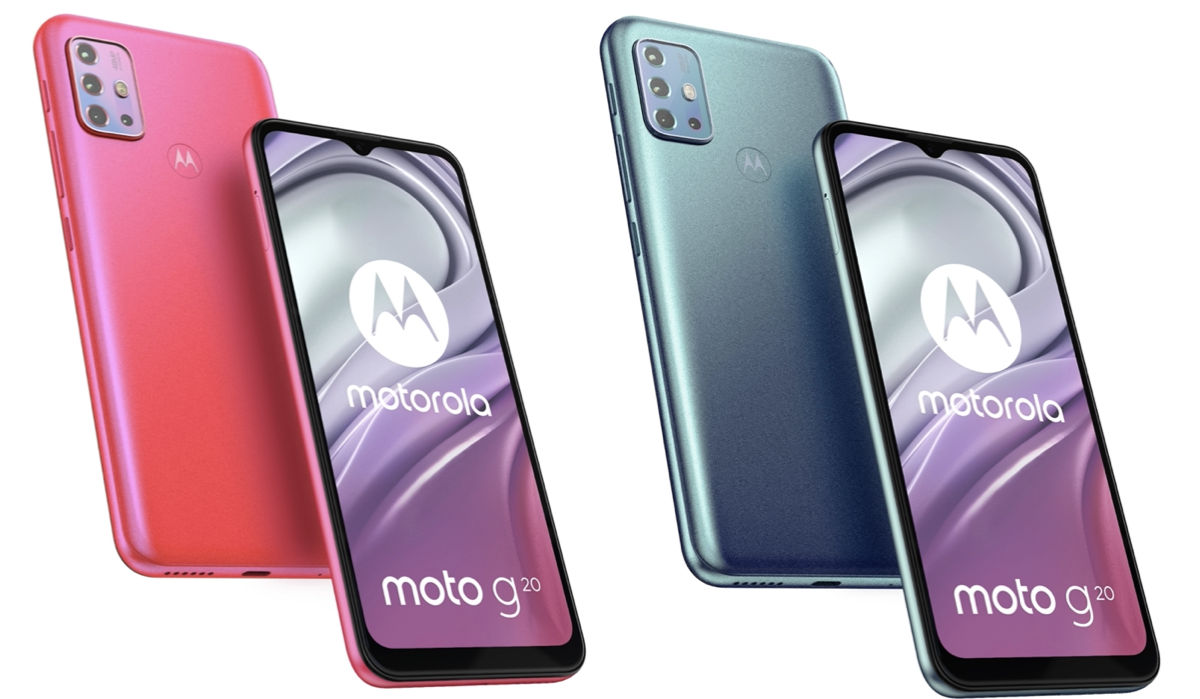 Under the hood, we get a UNISOC T700 octa-core processor (2xCortex-A75 + 6xCortex-A55 + Mali-G52 GPU) coupled with 4GB RAM and 64GB storage. At the back, we get four camera sensors, including a 48MP primary lens, 8MP ultra-wide-angle lens 2MP depth sensor, and 2MP macro lens. A 13 MP module handles selfies and video calls. Other Moto G20 features include a capacitive fingerprint sensor and a 3.5mm audio jack. If the Moto G10 Power is anything to go by, we’re probably looking at a price tag of Rs 10,000.