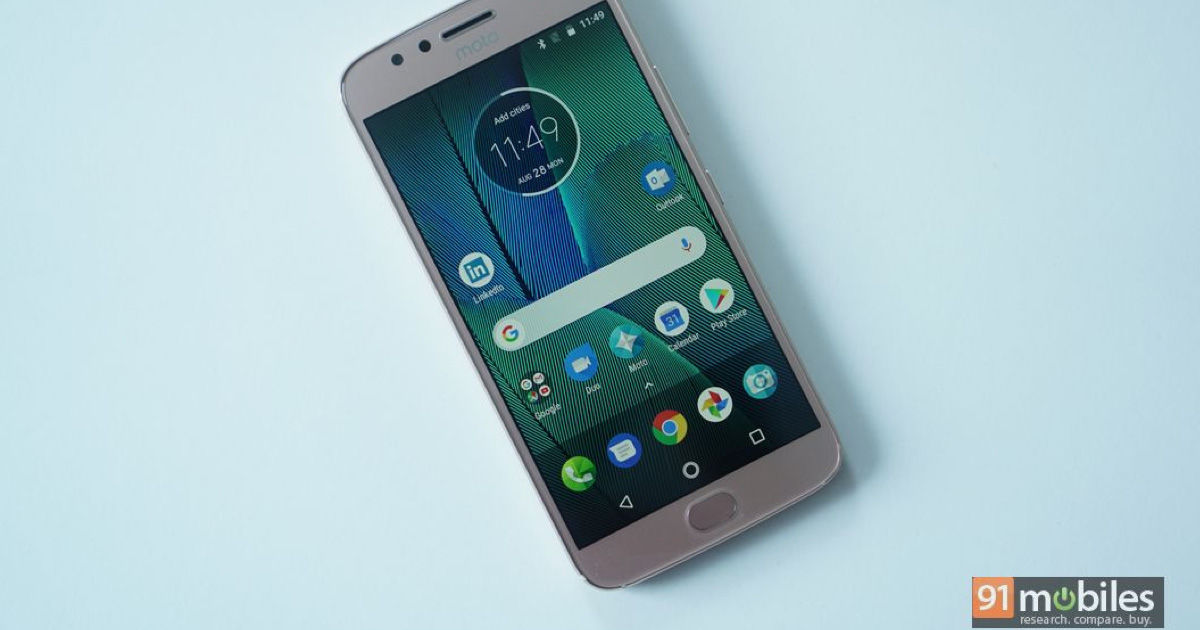 Motorola’s G series has been the go-to smartphone choice for discerning budget buyers in India. The recently launched Moto G5 (review) and G5 Plus (review) offered stellar value for money and scored big in all the right departments. Now, the brand has come up with the Moto G5s Plus, which brings a dual-camera setup for the first time to the G-series. We managed to get our hands on a unit and here’s our first impressions of the same. 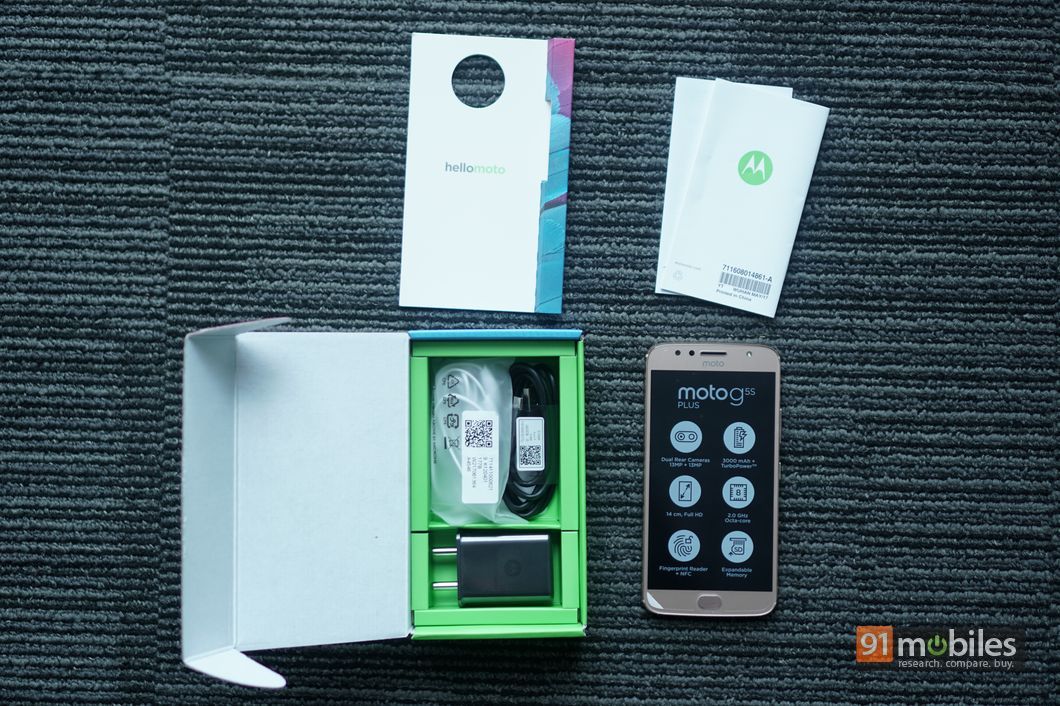 Inside the retail bix of the Moto G5s Plus, buyers will get the smartphone itself along with some documentation, a SIM-ejector tool, a micro-USB cable, a wall charger and a pair of earphones.

In terms of design, the Moto G5s Plus takes heavy inspiration from its predecessor, the G5 Plus, with a few additions. While the design design language is similar, the G5s Plus has been crafted entirely out of metal, unlike the G5 Plus which featured plastic strips at the top and bottom of the rear panel. The smartphone has a curvy back which besides adding a bit of flair to its design, also gives it an ergonomic grip. The weight distribution on the handset is pretty even too and overall, the G5s Plus is a good-looking phone.

In terms of button placement, you’ll find the textured power button and the volume rocker towards the right of the smartphone with a hybrid SIM tray positioned on the left. The smartphone gets a 3.5mm headphone jack up top and the micro-USB port and speaker grill housed at the bottom. There’s a multifunction fingerprint sensor below the smartphone’s display which was fairly accurate and snappy in the brief time we spent with the device.

The device features a 5.5-inch full HD IPS unit which felt bright and vivid. The colour reproduction was great too and we faced no problems with the viewing angles or the display’s legibility under the sun. 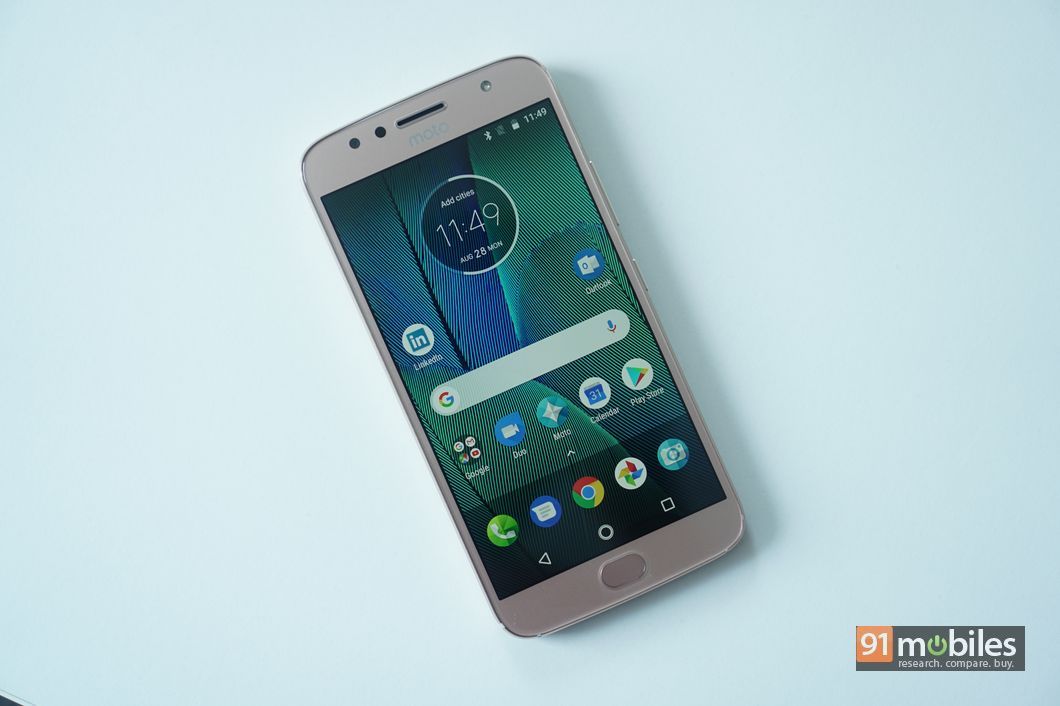 In terms of performance, the handset is powered by the popular Snapdragon 625 processor which works with 4GB of RAM. There’s 64GB of onboard storage which can be expanded as the handset comes with a hybrid SIM slot. As is evident by the spec-sheet of the smartphone, the G5s Plus runs on the same configuration as its predecessor, the G5 Plus. Seeing how the Moto G5 Plus was a fairly capable performer, we expect the same from the G5s Plus too. 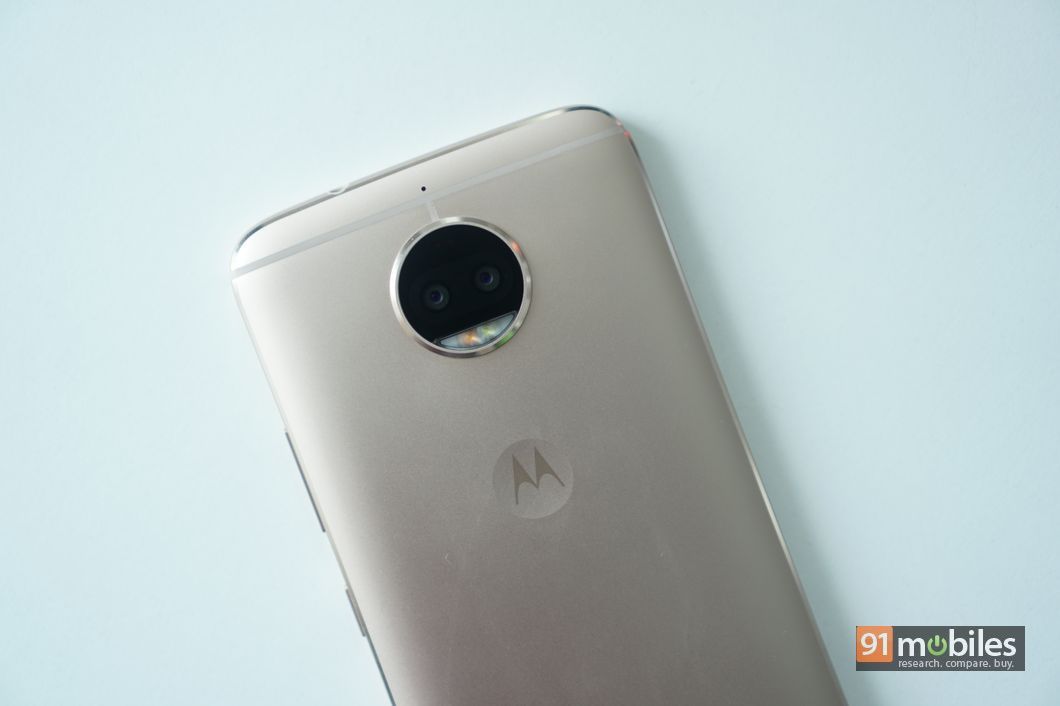 Cameras are the biggest change on the G5s Plus. The handset comes with two 13MP sensors on the back, one of which is an RGB sensor whereas the other is a monochrome sensor. The cameras are also capable of capturing photos in depth effect and are aided by a dual-tone LED flash. The front camera gets a bump from 5MP on the G5 Plus to an 8MP sensor and even comes with its own LED flash module. While we couldn’t quite test the smartphone’s camera prowess to the fullest, the initial shots we took with the handset looked extremely promising. The handset is fuelled by a 3,000mAh battery and runs a stock version of Android Nougat v7.1.1.

In terms of pricing, buyers will be able to get the Moto G5s Plus for Rs 15,999 exclusively from Amazon. Our full review of the smartphone will be up shortly, so stay tuned for that.