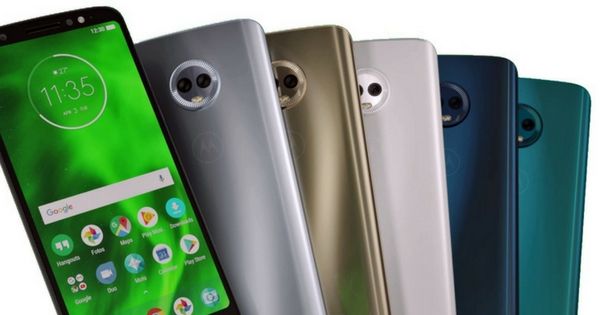 It is being speculated that the Lenovo-owned Motorola will launch the next-gen Moto G series smartphones around the second quarter of this year. By now we have already seen the Moto G6, G6 Plus and Moto G6 Play smartphones in multiple leaks and press renders. Now, the high-end variant, Moto G6 Plus has been spotted on the Taiwanese certification website NCC. 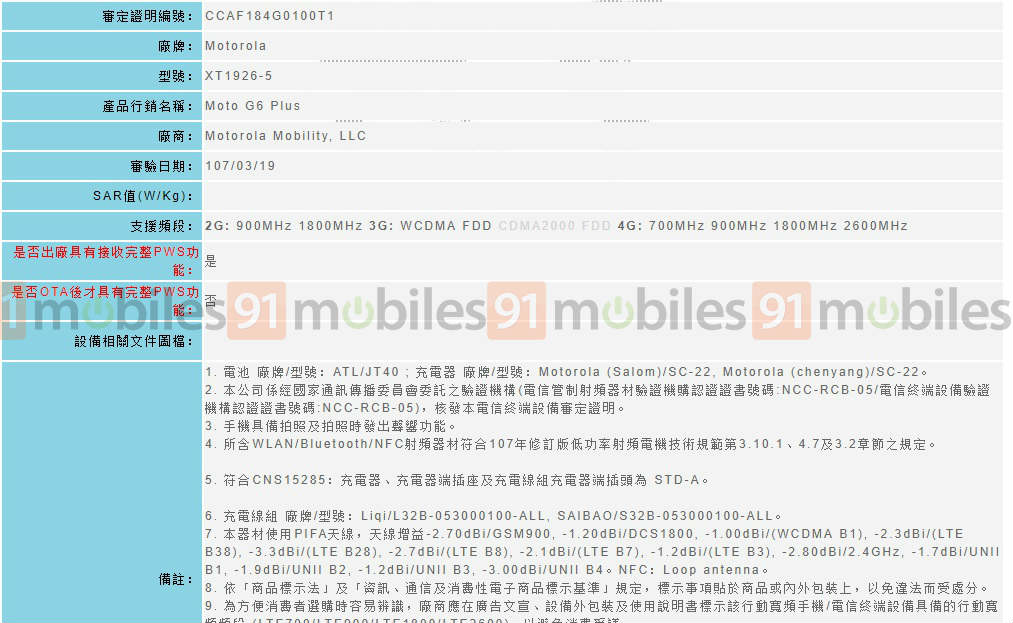 The recent NCC leak reveals the communication protocols and network support details of the handset. We can see in the image that handset will allegedly bear the model number XT1926-5 Plus. The leak reveals that the upcoming smartphone will come with support for 4G LTE Bands, 900MHz and 1800MHz 2G bands and WCDMA support. Another revelation from the NCC listing comes in the form of NFC support. However, the NCC listing doesn’t reveal any other information about the handset.

From the previous reports, we already know that the Moto G6 Plus will allegedly feature an 18:9 5.93-inch full HD+ display. On the performance front, it is expected to be powered by a Snapdragon 630 SoC backed by either 3GB or 4GB RAM, depending on the variant. Moreover, the 3GB variant will feature 32GB storage and the model with 4GB RAM will get 64GB storage onboard. In the camera department, the smartphone is tipped to be equipped with 12MP + 5MP rear camera module and a 16MP front-facing camera with flash. Out of the box, the smartphone will reportedly run Android Oreo with Motorola’s proprietary Moto Actions. The phone is likely to have a 3,250mAh battery inside.

As of now, there is no other information about the phone and the aforementioned specs should also be taken with a pinch of salt. However, a previous leak had revealed that the phone might launch in India priced around Rs 17,000. We will bring you more details as and when they emerge, stay tuned.