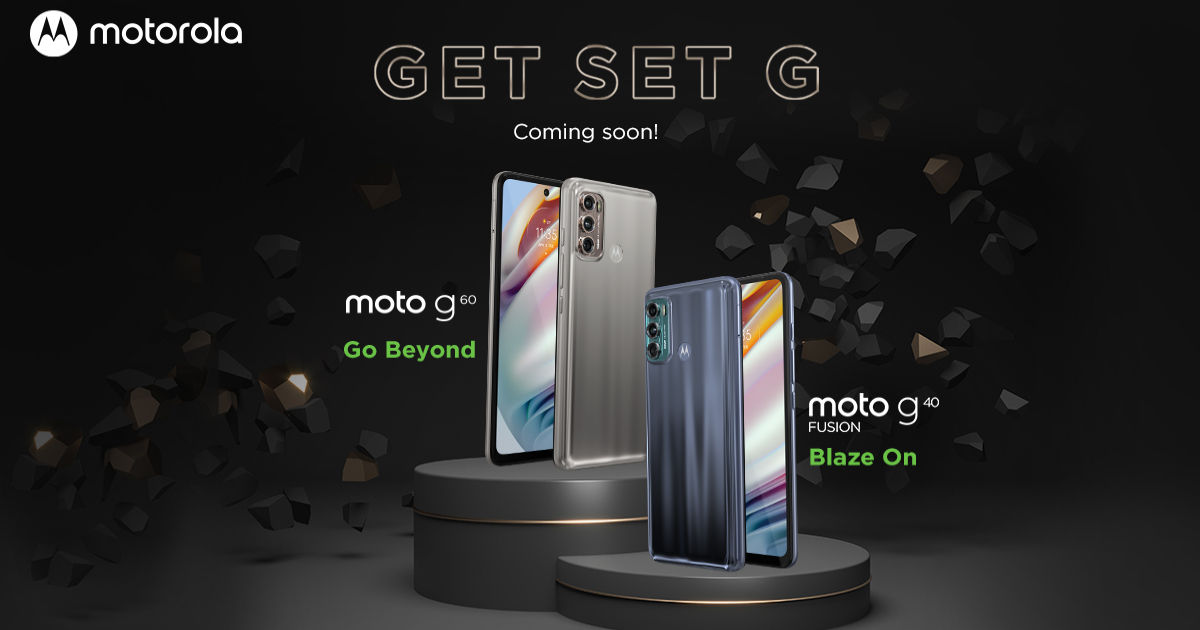 Motorola is set to launch two new G-series phones in India soon and now, the brand has confirmed it is indeed the Moto G60 and Moto G40 Fusion. In addition to confirming the names, the brand has also teased the designs through a teaser image. In addition to that, the phones will be available via Flipkart post-launch. However, Motorola is yet to reveal the Moto G60 and Moto G40 Fusion launch date in India. Considering the company has already started teasing the phones, it shouldn’t be long before more details are revealed. The Motorola G60 and Moto G40 Fusion are expected to come with Qualcomm Snapdragon 732G SoC.

Hey @Flipkart, we are thrilled to #GoBeyond the ordinary because it’s time to #BlazeOn to infinite possibilities with our latest launches #motog60 & #motog40fusion! Cannot wait to reveal their features exclusively on your platform. Are you ready to #GetSetG? pic.twitter.com/XrpJCHwOAT

Motorola G60 comes with a centre-positioned punch-hole design for the selfie camera, slim bezels, and a Gold colour option. It has triple cameras arranged in a square module and a physical fingerprint sensor for security. The volume rocker and power button are placed on the right spine. There seems to be an extra button, probably to trigger Google Assistant. As for its specifications, leaks suggest it will come with a 108MP camera and a 32MP selfie snapper. It is tipped to pack a 120Hz display.

Similarly, the Motorola G40 Fusion has triple cameras in a rectangular module and a physical fingerprint sensor for security. The volume rocker, power button, and extra button are present on the right. It will be available in the Grey colour option. The front portion of the phone is covered but we can speculate it may have a punch-hole cutout for the selfie camera. We should know the Moto G60 and Moto G40 Fusion exact launch date pretty soon.