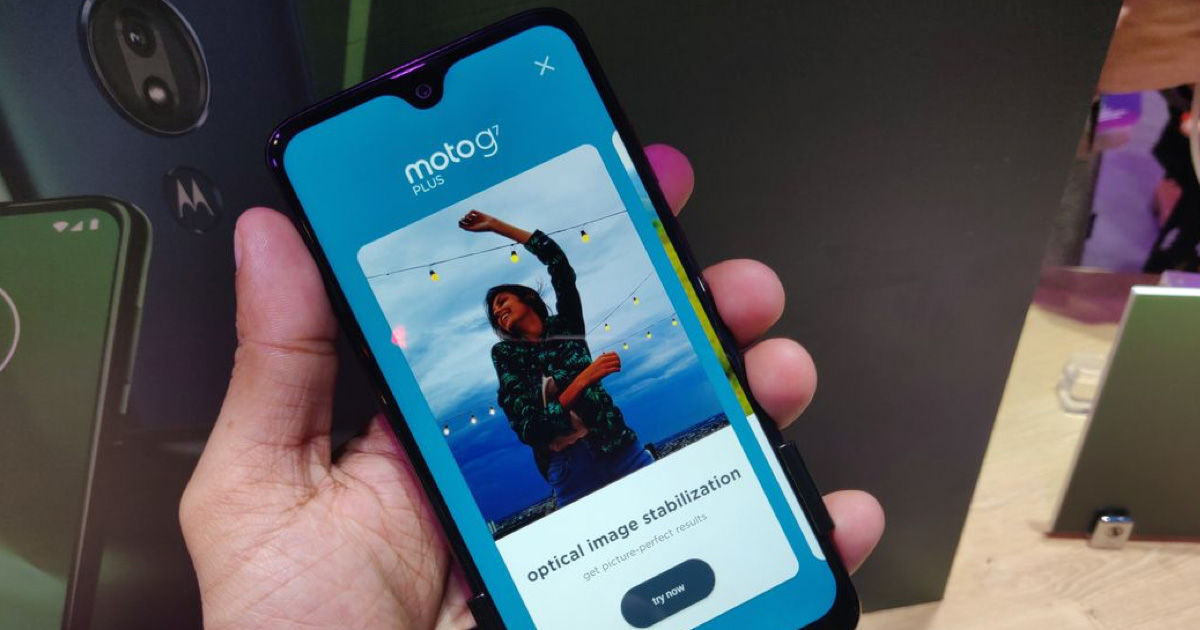 Back in the day, buyers in the market for an affordable Android smartphone would frolic to the doors of Motorola. In fact, the company’s G series of phones reigned supreme in the Indian smartphone industry for quite some time, but over the years, the brand has lost its charm in the sub-continent. That said, all hope is not lost and the company could turn its fortunes around when it brings the latest range of Moto G7 devices to India. I managed to get my hands on the Moto G7 and the G7 Plus at MWC Barcelona, and here’s what I make of them. 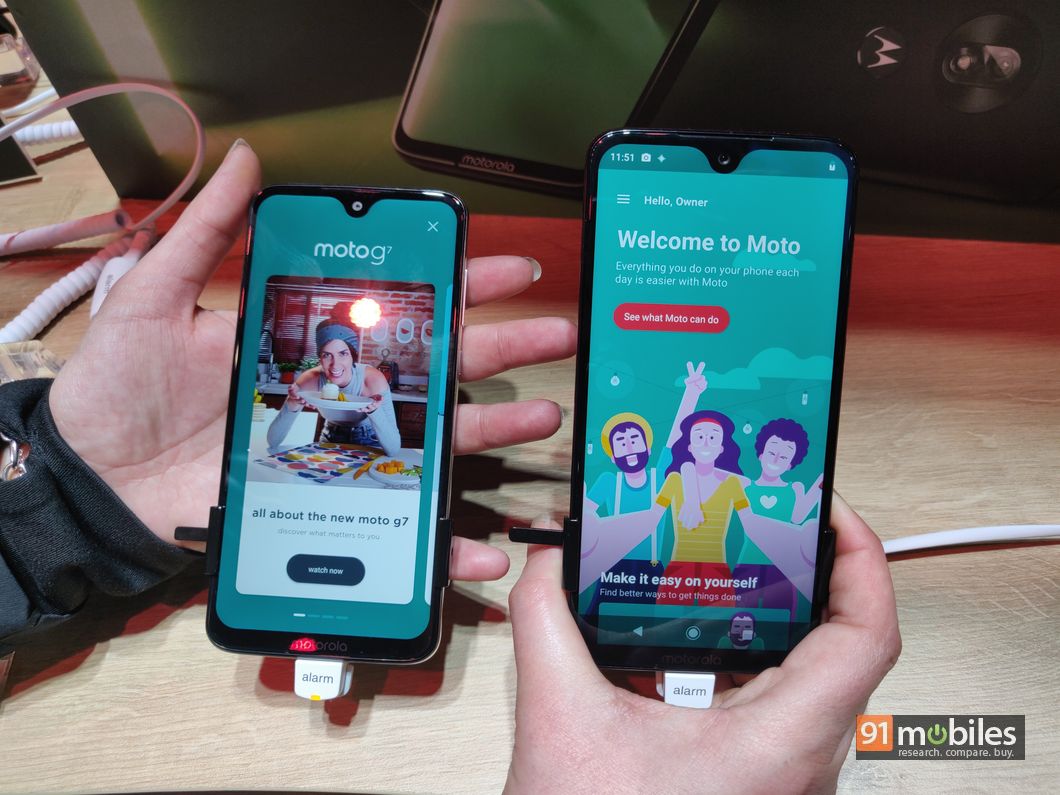 Don’t let the ‘Plus’ branding fool you – the Moto G7 Plus looks exactly like the regular G7. As a matter of fact, barring the smartphone’s processor and its cameras, there’s nothing really different about the two devices. Therefore, with both the models, you’ll get the exact same design which employs glass on both the front as well as the back. The two glass planes merge seamlessly into the metal trim, lending the devices a fantastic in-hand feel and grip. They are still a smudge magnet, but to me, the design of the Moto G7 and the G7 Plus is simply put, the most polished and refined effort from the company yet. 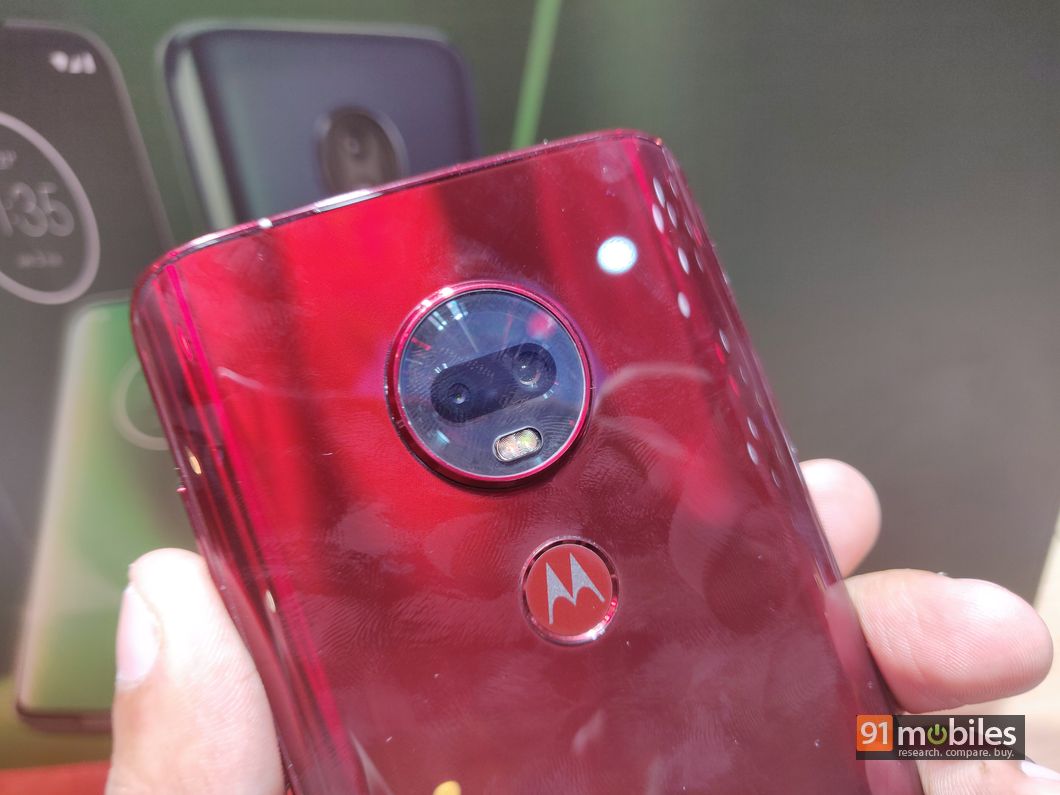 One of the things I immediately picked up on when I first held the smartphones is that the company has finally repositioned the fingerprint sensor towards the back, underneath the ‘Motorola dimple’. I don’t know what took the company so long but hey, better late than never. A fringe benefit of repositioning the sensor underneath the dimple is that my index finger wasn’t searching for a cavity on the smartphone’s frame. I could instinctively land it on top of the sensor every single time. As for the reliability, I didn’t face any issues unlocking the smartphone with my fingerprint on the show floor with either of the two devices. 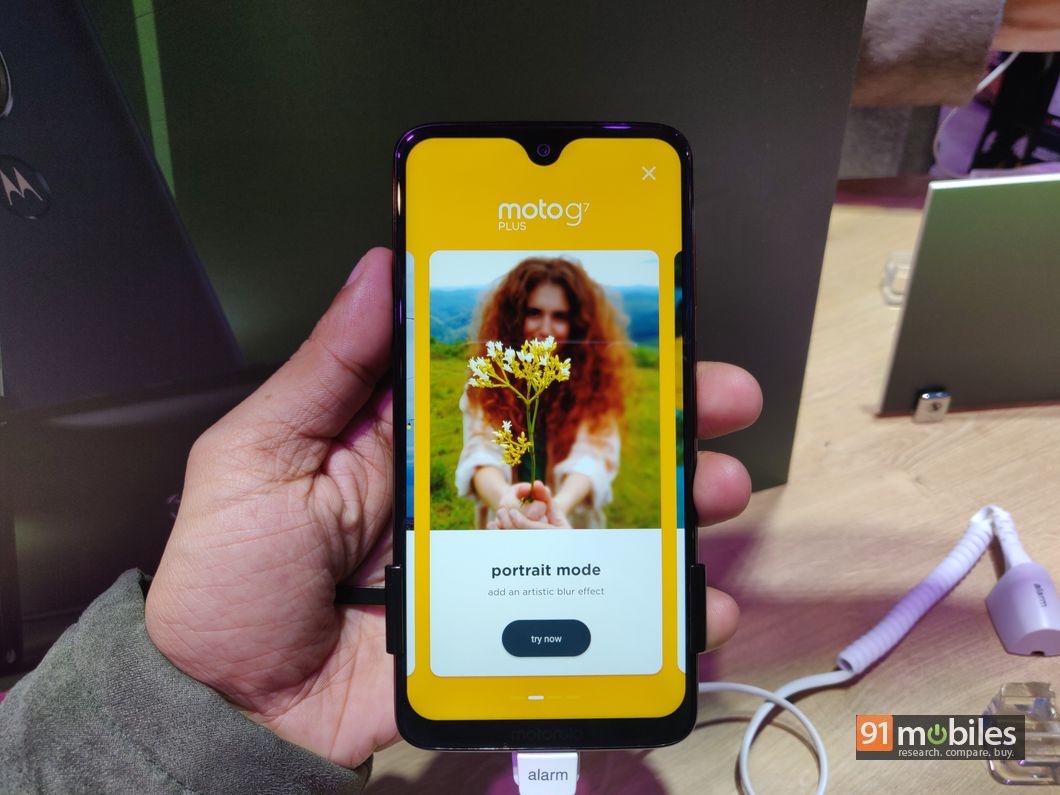 Adding to the list of pros, both, the Moto G7 as well as the Moto G7 Plus offer a hydrophobic coating, inside and out. Consequently, you should be able to get away if you accidentally spill your drink on the devices. 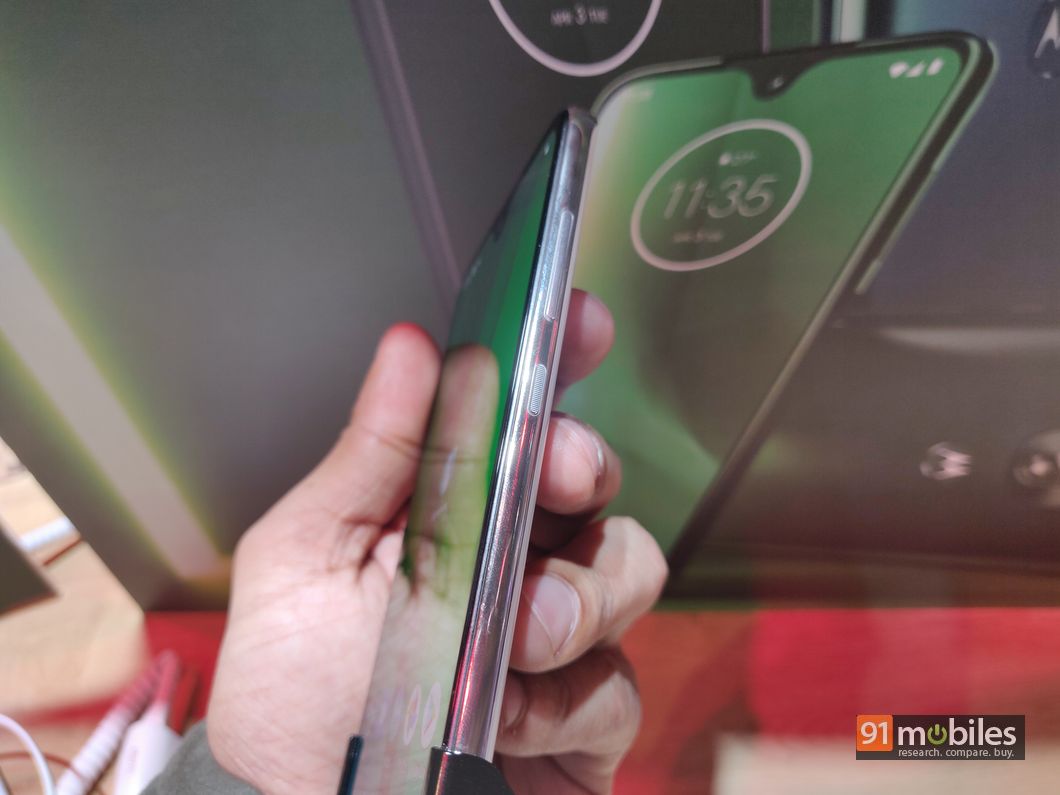 As for the positioning of the rest of the ports and buttons, the smartphones come with a USB Type-C port at the bottom, which is flanked on either side with a headphone jack and a speaker grill. The volume rocker, as well as the power button, can be found on the devices’ right-hand spine, and much like last year’s models, Motorola has added a slight texture to the power button on its latest devices too. It’s these little touches which made Motorola a fan-favourite brand in the first place. 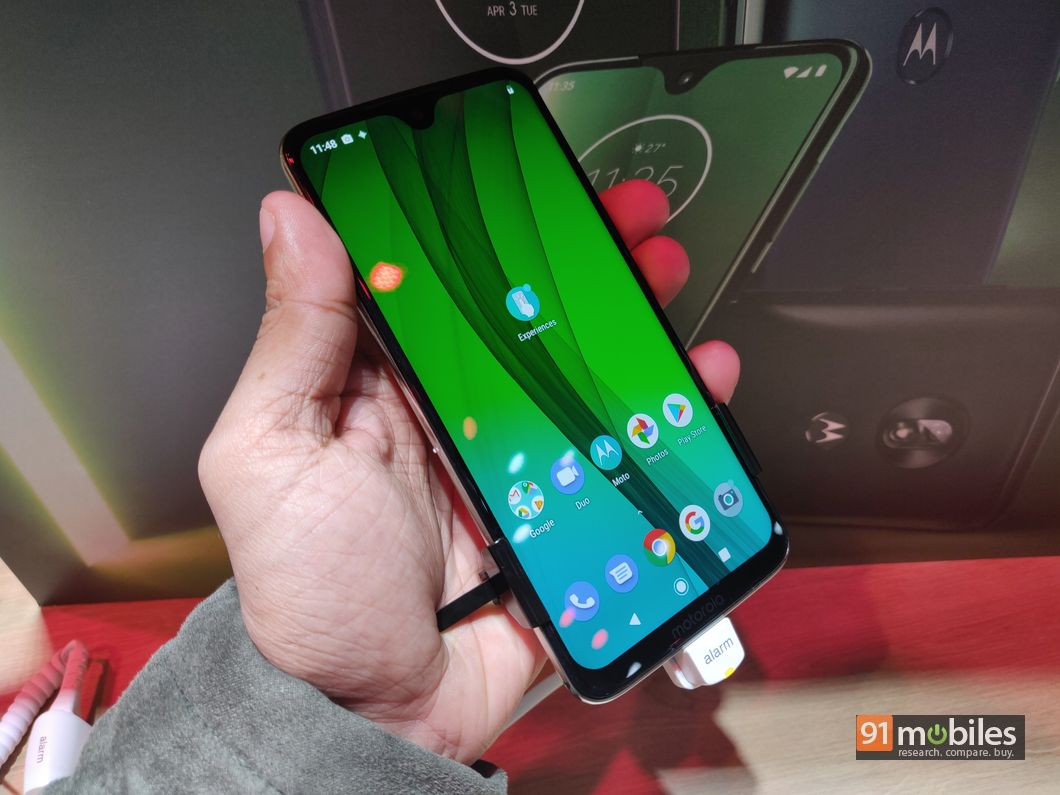 For display, the Moto G7 as well as the Moto G7 Plus sport 6.2-inch FHD+ LTPS LCD panels. The displays on both the devices are protected by a layer of Corning’s Gorilla Glass v3 as well. As for the quality of the panels, I didn’t find any issues during my brief stint with the two smartphones. The colour reproduction was vibrant, viewing angles were great and the displays got satisfactorily bright and dim too. 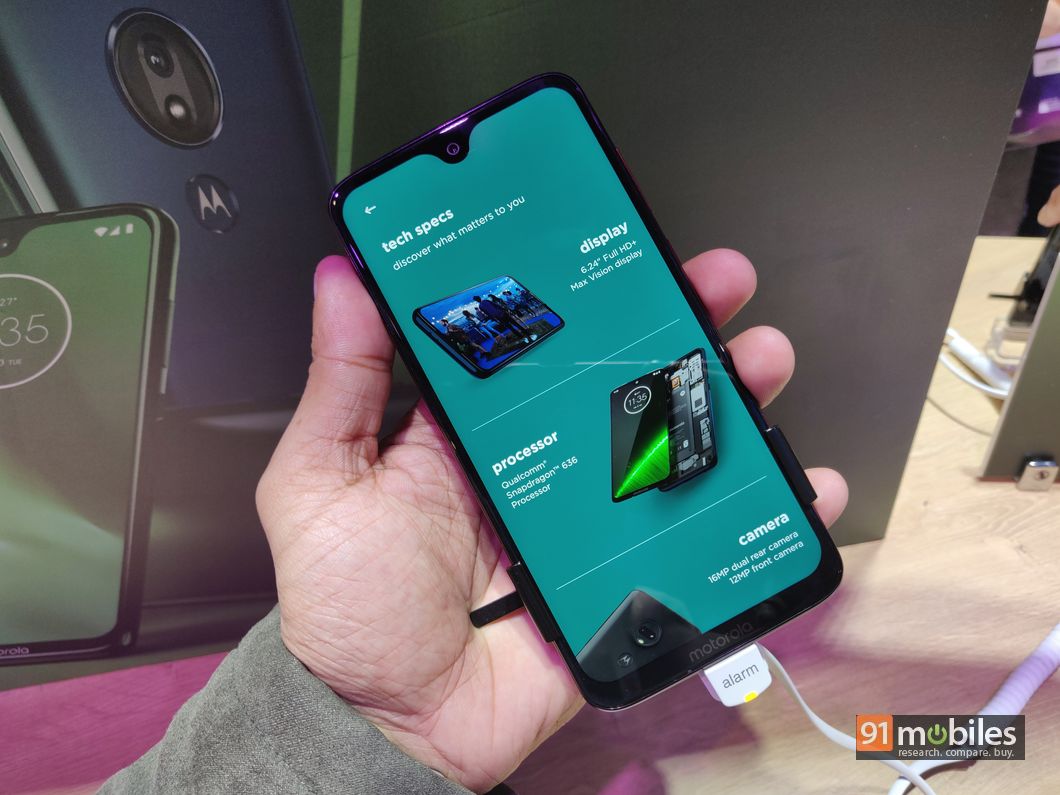 The biggest difference between the two smartphones is when you look at their performance. While the Moto G7 is backed by Qualcomm’s Snapdragon 632 processor, the G7 Plus instead is powered by the slightly more powerful Snapdragon 636 chip. Barring the CPU, both the device offer 4GB of memory and 64GB of built-in storage, which can be expanded up to 512GB on the two models by means of a microSD card. That said, having used both the devices on the show floor, I couldn’t tell the difference in performance. I will be able to get a clearer picture once I get to spend more time with the smartphones and game on them, but until then, let’s move on to the cameras. 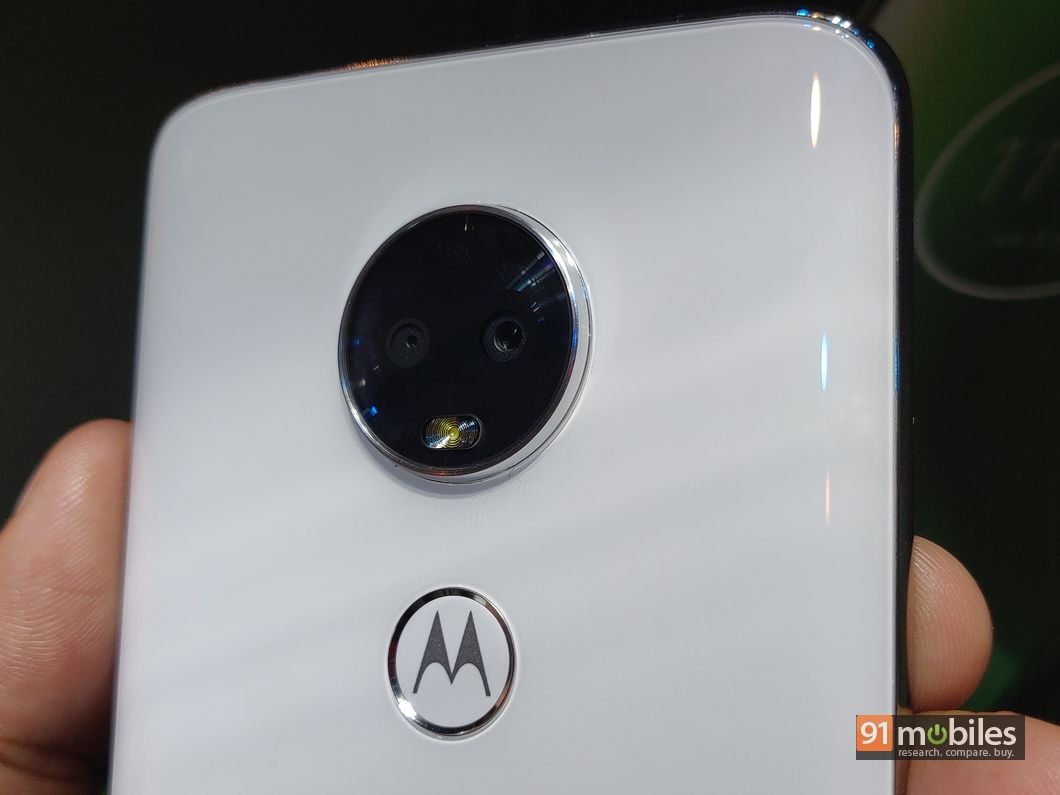 The Moto G7 Plus offers a slightly different camera setup than the Moto G7 too. While both the smartphones offer a 5MP depth sensor towards the back, the G7 Plus features a 16MP primary shooter with f/1.7 aperture. On the contrary, the Moto G7 comes with a 12MP, f/1.8 aperture sensor. For selfies, the Moto G7 Plus features a 12MP shooter, whereas the G7 comes with an 8MP sensor. Clearly, those who have a penchant for photography would prefer the Moto G7 Plus over its sibling. However, the difference in the photos will most certainly not be night and day and therefore, if you have a limited budget, then the G7 should serve you well too. 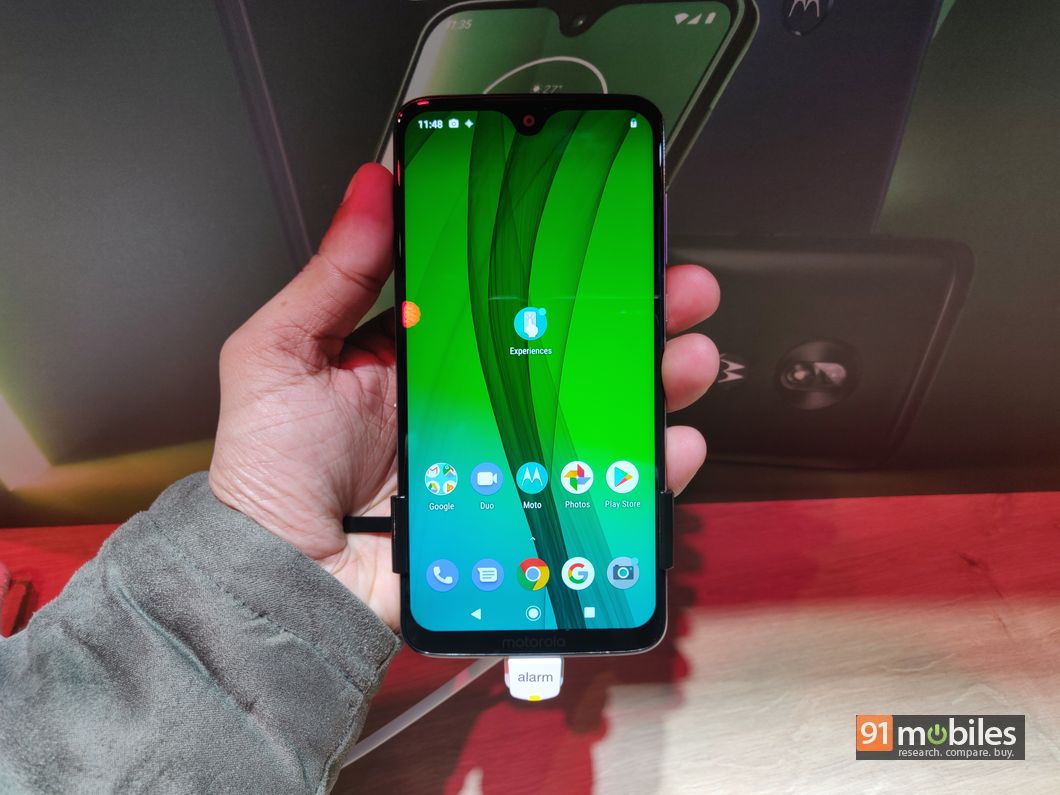 While both, the Moto G7 Plus and the Moto G7 are fuelled by 3,000mAh batteries, you will be able to charge the Plus variant quicker as it supports 27W fast charging, as opposed to the G7’s 15W fast charging. The handsets boot Android Pie and have been priced at roughly Rs 21K for the G7 and Rs 24K for the G7 Plus. The company is expected to unveil the devices in India at some point in the near future, and that’s when we’ll have more details in terms of the exact pricing, and info on how they fare in real life.