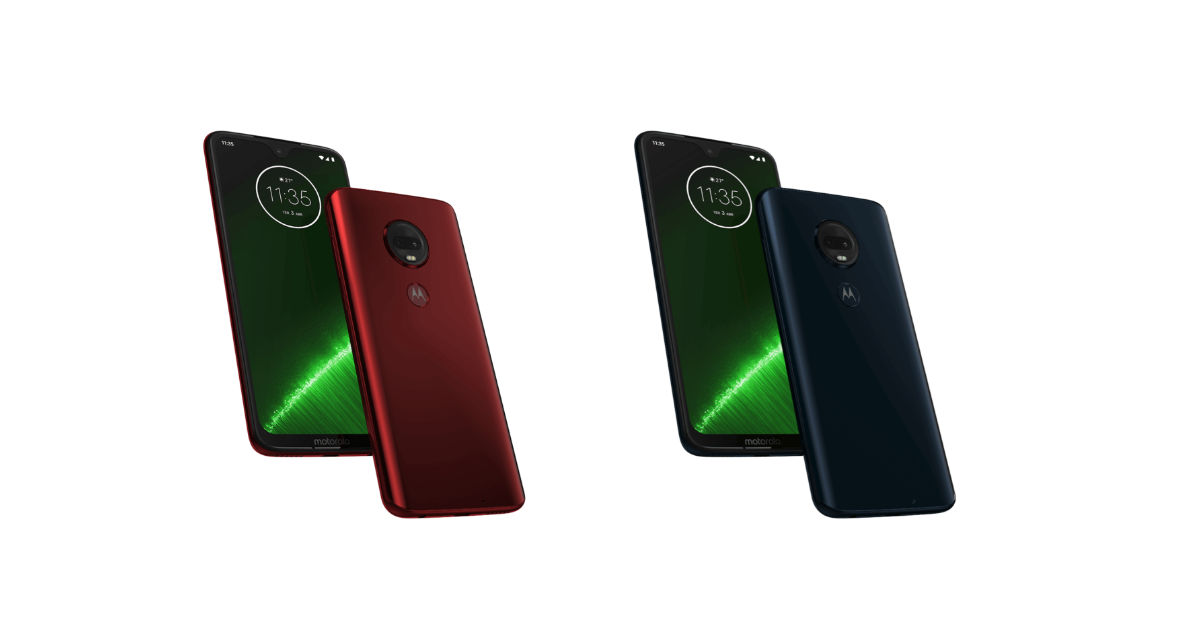 Lenovo-owned Motorola has an event scheduled for today in Brazil. Rumours and leaks point out that the company may take the wraps off the next-gen Moto G-series smartphone allegedly dubbed as Moto G7. If the pre-launch leaks are anything to go by, then the Moto G7 series could come with as many as four models. The entry-level model is tipped to be known as Moto G7 Play, followed by Moto G7 Power, Moto G7, and Moto G7 Plus. The common thread among the offerings could the rear-mounted fingerprint sensor and stock-Android 9 Pie OS.

The Moto G7 series launch event is slated to start at 10am local time or 05:30 pm IST today and the company will be live-streaming it across its social media platforms. You can also follow Moto G7 updates on Motorola’s Brazil website. We will update this space with the live stream video once it becomes available.

Starting with the Moto G7 and Moto G7 Plus, they’re expected to come with a waterdrop-style notch displays and either Snapdragon chipset ticking at its core. The standard G7 will likely employ a 6.2-inch (full HD+) display, 1.8GHz Snapdragon 632 SoC combined with 4GB of RAM and 64GB in-built storage expandable via microSD card. For photography, it’s tipped to arrive with 12-megapixel + 5-megapixel setup at the back and 8-megapixel snapper on the front for taking selfies. A 3,000mAh battery will reportedly fuel the device.

The Moto G7 Plus, on the other hand, flaunts the same display setup but is rumoured to be powered by Snapdragon 636 SoC paired with 4GB of RAM for the base variant and 64 GB expandable storage. A 6GB RAM variant is also expected. In the camera department, the model will feature a dual 16-megapixel + 5-megapixel setup at the back and an 8-megapixel selfie shooter up front. It’s also expected to house a 3,000mAh battery.

Coming to Moto G7 Power, the smartphone will feature a lower HD+ resolution 6.2-inch display with a regular notch. At its heart may lie Snapdragon 632 processor, accompanied by 3GB of RAM and 32GB in-built storage (expandable). In optics, it could rock a single 12-megapixel sensor at the back with f/2.0 aperture and an 8-megapixel front camera. On the battery front, G7 Power could house a massive 5,000mAh cell.

The entry-level Moto G7 Play will reportedly pack a smaller 5.7-inch HD+ display with a regular notch. The phone will be run by a 3,000mAh battery and for photography, it will most likely boast of a 13-megapixel rear camera and an 8-megapixel front shooter. Connectivity options of all the models include 4G LTE, Bluetooth 4.2 and Wi-Fi 802.11n.