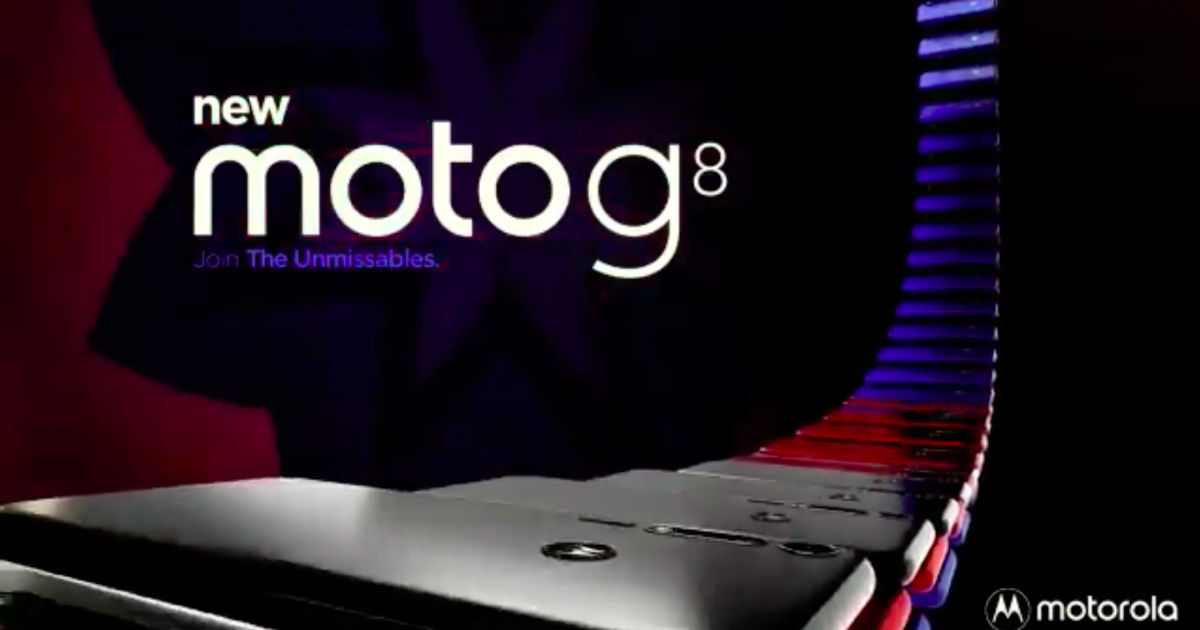 “Moto G8 seems to rock a polycarbonate build, 48MP triple rear cameras along with LED flash, and a fingerprint sensor embedded in the Moto dimple”

Moto G8 has been in the development for a while, but the company hasn’t officially unveiled the phone at an event where it launched the Moto G8 Play and E6 Play smartphones recently. Now, while we await its announcement, a short promotional video of the handset has surfaced online, courtesy of noted leaker Evan Blass. This reveals the phone’s design in its full glory. Much like its bigger sibling, the Moto G8 Plus, the standard Moto G8 also seems to rock a polycarbonate build, 48MP triple rear camera along with LED flash and a fingerprint sensor embedded in the Moto dimple.

On the front, it has a waterdrop notch to house the selfie camera and a sizeable chin beneath the screen. The volume rocker and the power button are placed on the right spine, while the USB Type-C port, single speaker grill, and primary microphone are present on the bottom. The 3.5mm audio jack should be placed up top. The Moto G8 can be seen in Red, Black, and Purple colour options. Unfortunately, the Evan Blass hasn’t revealed its hardware specifications just yet. One can hope the official launch might be right around the corner, and we should know more details then.

To recall, the Moto G8 Plus flaunts a 6.3-inch full HD+ display with 1,080 x 2,280 pixels resolution, a waterdrop notch, and 19:9 aspect ratio. It is powered by a 2GHz octa-core Snapdragon 665 SoC coupled with Adreno 610 GPU, 4GB RAM, and 64GB storage that is further expandable up to 512GB. The Moto G8 Plus runs on Android 9.0 Pie with a near-stock interface on top. In terms of optics, the Moto G8 rocks triple cameras setup on the back with a 48MP primary sensor, a 5MP depth unit for portrait shots, and a 16MP action cam with a dedicated 117-degree field-of-view for video recording.

On the front, there is a 25MP snapper for selfies and video chats. It has a rear-mounted fingerprint sensor for security. A 4,000mAh battery with 15W Turbo Charging fuels the handset. Connectivity features include 4G LTE, dual-band Wi-Fi, Bluetooth 5.0, GPS, NFC, USB Type-C port, GLONASS, and A-GPS. The Moto G8 Plus is priced at Rs 13,999 for the sole 4GB + 64GB model.