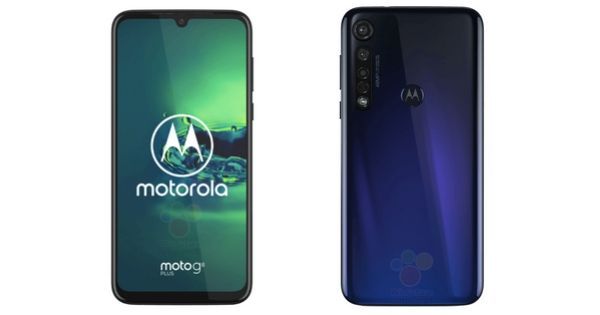 According to a report by WinFuture.de, the Moto G8 Plus will feature a 6.3-inch FHD+ LCD display with a tiny, U-shaped waterdrop notch at the top. It will carry the model number XT2019 and have a thick chin at the bottom, but without the Motorola branding. The phone is expected to feature stereo speakers, with one large speaker above the display, and another bottom firing speaker. The Snapdragon 665 SoC powering the phone will be paired with 4GB RAM and 64GB and 128GB storage options. It is said to have user-expandable storage thanks to the microSD card slot.

The main feature of the phone would be the triple rear camera setup, which we’ve already heard rumours about. The setup will feature a primary 48MP sensor along with a 16MP ultra-wide unit with 117 degree field of view, and a 5MP depth unit. The rear camera setup also gets laser auto-focus. For selfies, the phone is said to have a 25MP sensor housed inside the notch.

The Moto G8 Plus reportedly will be equipped with a 4,000mAh battery with support for fast charging via the Turbo Power adapter. Motorola will provide a USB Type-C as well as a 3.5mm headphone jack on the device. The fingerprint scanner will be located at the back of the phone. Connectivity features are said to include Bluetooth 5.0, LTE Cat.13, dual-band Wi-Fi, and NFC (region dependent). The phone will run Android 9.0 out of the box and will be available in Blue and Red colour options.