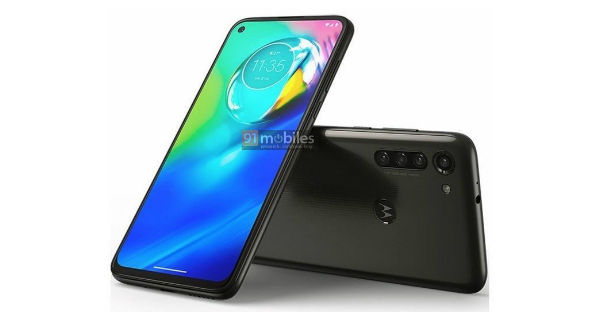 Moto G8-series could be unveiled at the MWC 2020 and 91mobiles had recently published some exclusive renders of the Moto G8 and Moto G8 Power to reveal the design in their full glory. Both the phones are expected to feature a punch-hole design on the front and a rear-mounted fingerprint sensor embedded in the Moto dimple. Now, the Moto G8 Power has appeared on the Geekbench benchmark platform. The listing suggests the handset would be powered by a 1.8GHz octa-core chipset and pack 4GB RAM, but there could be 6GB RAM model as well. The Moto G8 Power has managed to score 311 points in single-core and 1,352 on multi-core. These scores are in-line with a mid-range Snapdragon chipset, presumably the Snapdragon 665 SoC. The handset is expected to boot Android 10 out of the box.

The Moto G8 is tipped to flaunt a 6.36-inch full HD+ display with 2,300 X 1,080 pixels resolution and a punch-hole cutout to accommodate the selfie snapper. The base variant is expected to pack 4GB RAM and 64GB internal storage that is further expandable via microSD card. The Moto G8 Power will feature a quad-camera setup at the back with a 16MP primary sensor, an 8MP secondary lens, a 2MP sensor and an 8MP unit. Reports suggest that it will be equipped with a 25MP unit on the front for selfies and video chats.

There is a rear-mounted fingerprint sensor for security. Lastly, the handset is said to house a 5,000mAh battery. The Moto G8 Power could be available in Black and Dark Blue colour options when launched. The headphone jack is placed on the top of the frame, while the volume rockers and power button are present on the right side. That’s everything we know about the Moto G8 Power at the moment, but since the MWC 2020 event is fast-approaching, we should know more details soon.