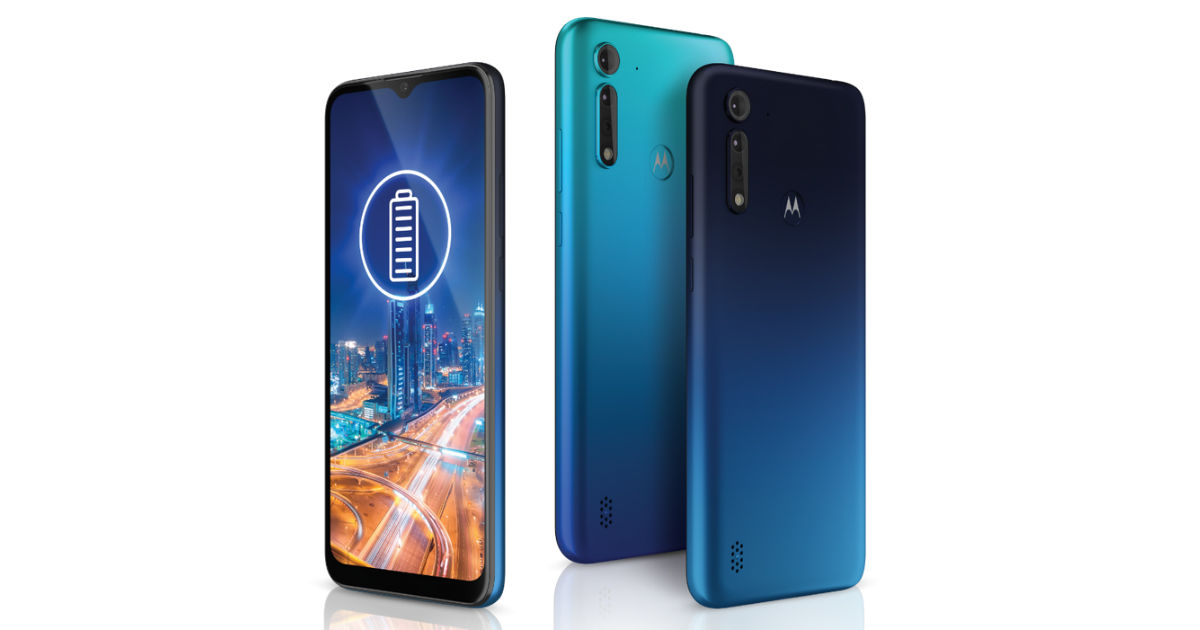 Flipkart has spilled the beans on Moto G8 Power Lite India launch. The smartphone will be unveiled in the country on May 21st, and the e-commerce platform has now put up a microsite with the ‘Notify Me’ option for interested customers. The Moto G8 Power Lite will be coming to India a couple of days after the launch of the Motorola Edge+ flagship phone, which is set to take place on Tuesday, May 19th. The Moto G8 Power Lite was launched in Europe last month with specifications like a waterdrop display, triple rear cameras, and a beefy 5,000mAh battery. On May 21st, Motorola will announce the smartphone’s price in India and release date.

Read more: Motorola Edge+ set to launch in India on May 19th, will be sold on Flipkart

Talking about the specifications, the Moto G8 Power Lite sports a 6.5-inch HD+ display with 1,600 × 720 pixels resolution and 20:9 aspect ratio. The phone is powered by the MediaTek Helio P35 chipset, which is aided by IMG PowerVR GE8320 GPU, 4GB RAM, and 64GB internal storage that is further expandable up to 256GB using a microSD card. The handset runs on a dated Android 9 Pie software version out of the box.

Moto G8 Power Lite triple rear camera setup includes a 16MP primary sensor, a 2MP macro lens and a 2MP depth sensor for portrait shots. The front camera of the phone features an 8MP snapper for video chats and selfies. There is a rear-mounted fingerprint sensor for security. The smartphone houses a 5,000mAh battery that promises a two-day battery life. It supports 10W charging and comes with connectivity options such as 4G VoLTE, Wi-Fi, Bluetooth 4.2, GPS + GLONASS, and micro-USB port.

The Moto G8 Power Lite price in Europe is set at EUR 169, which roughly translates to Rs 14,000. The smartphone comes in Royal Blue and Arctic Blue colours. We will know the official Moto G8 Power Lite India price and availability details on May 21st.