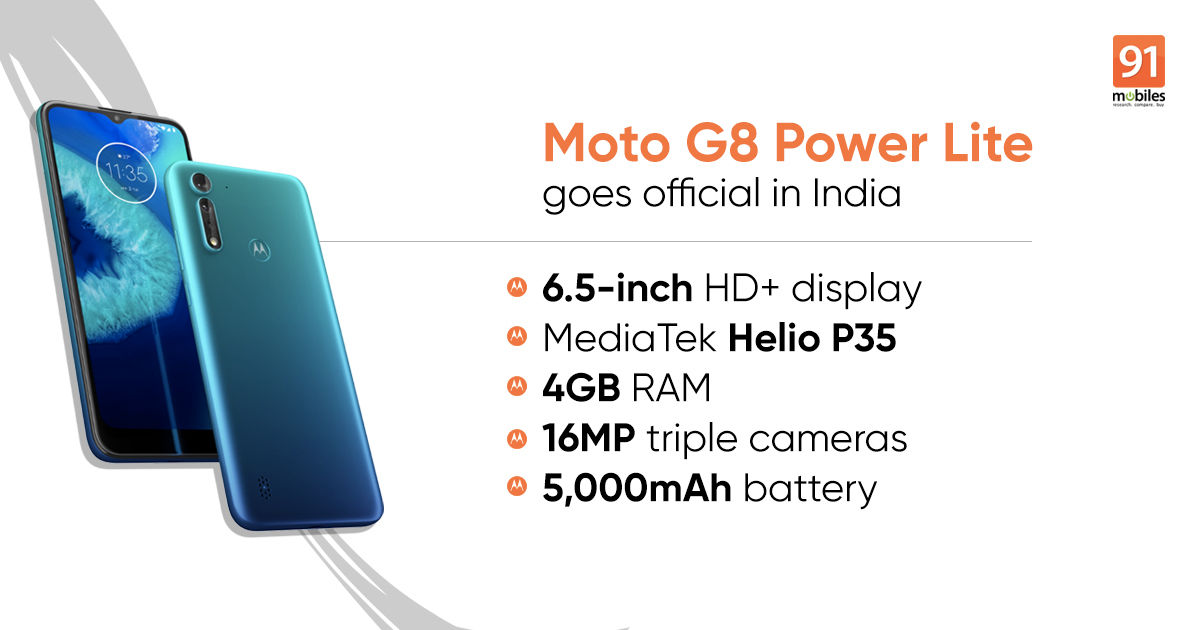 Moto G8 Power Lite launched in India on Thursday as the latest entry to the Moto G8 lineup. The budget smartphone highlights waterdrop notch and a design is similar to the Moto G8 Play with a polycarbonate build and rounded corners. It has a vertically arranged triple camera setup at the back along with a fingerprint sensor for security. Other Moto G8 power Lite specifications include a 5,000mAh battery with 10W charger in the box, MediaTek Helio P35 SoC and 64GB internal storage. Here’s a look at the Moto G8 Power Lite price in India, sale date and complete specifications.

Moto G8 Power Lite India price has been set at Rs 8,999 for the single 4GB + 64GB version. The smartphone comes in Royal Blue and Arctic Blue colour options and will be sold exclusively on Flipkart starting May 29th. 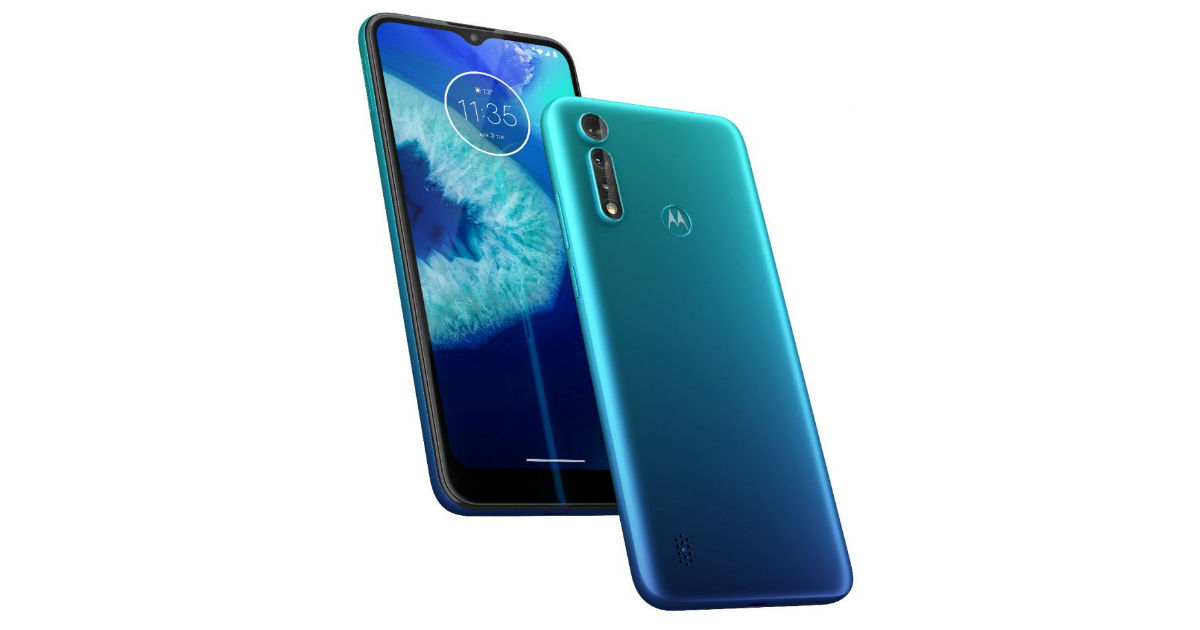 Moto G8 Power Lite sports a 6.5-inch HD+ Max Vision display with 1,600 × 720 pixels resolution, 20:9 aspect ratio and a waterdrop notch for the selfie camera. The phone ships with the MediaTek Helio P35 SoC coupled with IMG PowerVR GE8320 GPU, 4GB LPDDR4x RAM and 64GB internal storage that is further expandable up to 256GB via microSD card. Unfortunately, the smartphone has been launched running on a dated Android 9 software version that is near stock.

As for the optics, the Moto G8 Power Lite packs triple cameras at the back with a 16MP primary sensor, a 2MP macro lens and a 2MP depth sensor for portrait shots. There is an 8MP snapper on the front for video chats and selfies. It has a rear-mounted fingerprint sensor embedded in the Moto logo and a 5,000mAh battery with standard 10W charging support. Connectivity features include 4G VoLTE, Wi-Fi, Bluetooth 4.2, GPS + GLONASS, and microUSB port for charging and data sync.