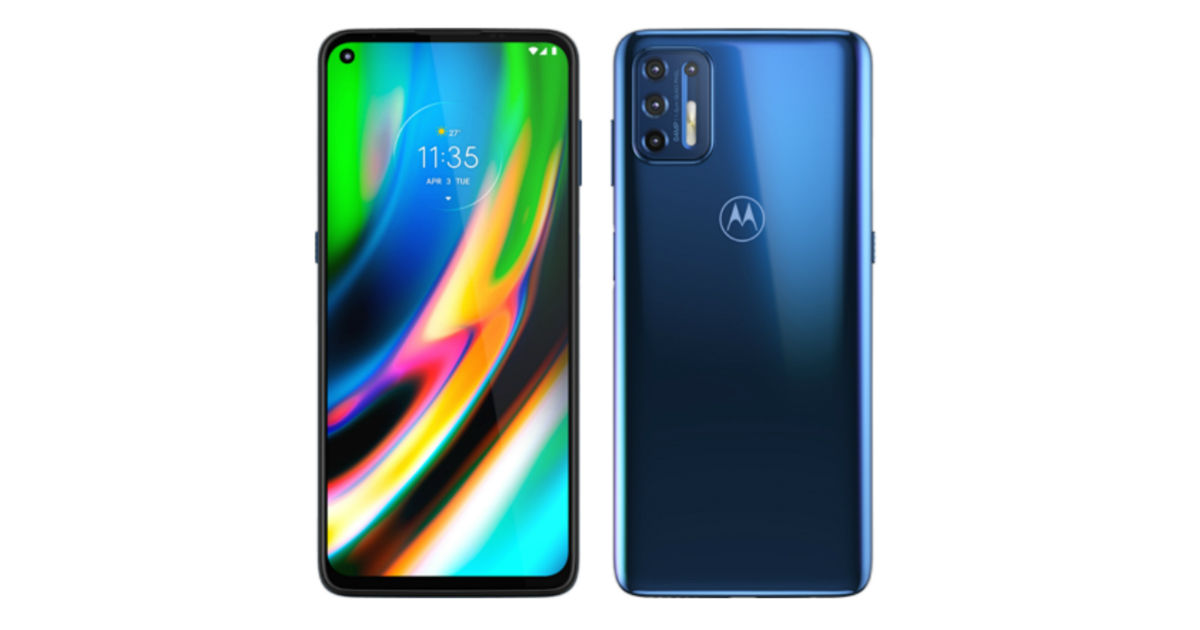 After launching Moto G9 in India late last month, the Lenovo-owned company seems to be working on unveiling the Moto G9 Plus globally. Now, the handset’s complete specifications and design have been revealed by the Orange carrier website in Slovakia. The Moto G9 Plus was also spotted on the Geekbench benchmarking platform. It has managed to score 548 in the single-core test and 1,750 in the multi-core test, respectively. The listing on Geekbench suggests the phone will feature a Qualcomm Snapdragon chipset, Android 10, and 4GB RAM. 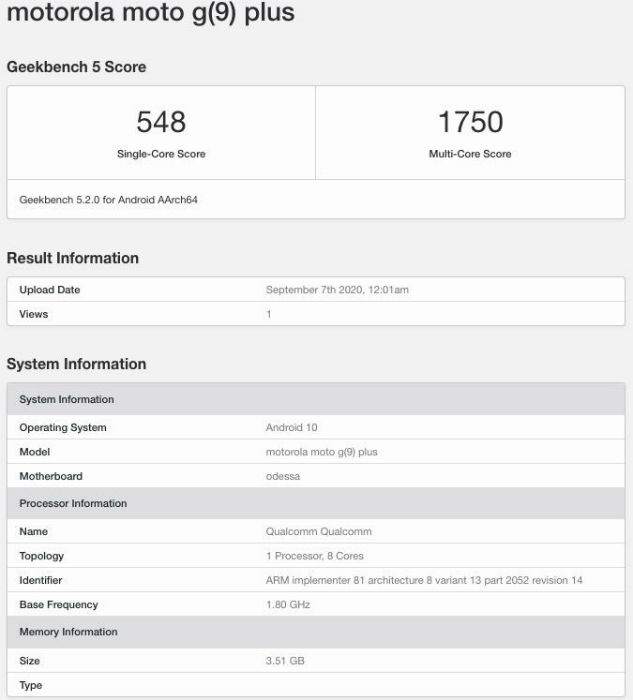 The Moto G9 Plus renders show a punch-hole design on the front at the top-left corner and narrow bezels. It seems to have a side-mounted fingerprint sensor for security, as opposed to the rear-mounted unit on the standard Moto G9, and volume rocker on the right spine. There is the quad-camera setup at the back arranged in a rectangular module, LED flash, and Moto dimple. It may also come with a dedicated Google Assistant button on the left. 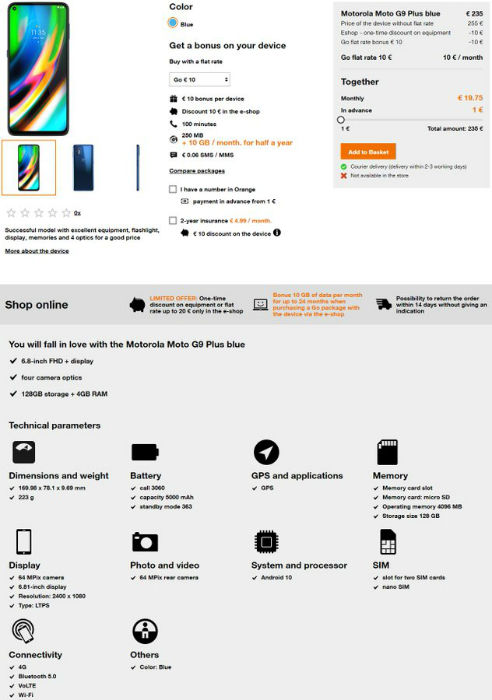 The Moto G9 Plus specifications listing on Orange carrier in Slovakia reveal the phone will come with a 6.81-inch full HD+ LTPS display with 2,400 X 1,080 pixels resolution. It is expected to pack 4GB RAM and 128GB native storage that should be further expandable via a microSD card. As for the optics, the Moto G9 Plus will feature a quad-camera setup with a 64MP primary sensor, but details regarding the other sensors are under wraps for now. The phone houses a 5,000mAh battery and connectivity options include Bluetooth 5.0, 4G LTE, Wi-Fi, and dual SIM. The handset measures 169.98 x 78.1 x 9.69 mm and weighs 223 grams.

Additionally, the Moto G9 Plus Orange Slovakia listing claims it will cost €255 (approx 22,200) and will be available in at least a Blue colour option. There is no word yet on when Moto G9 Plus will officially launch.