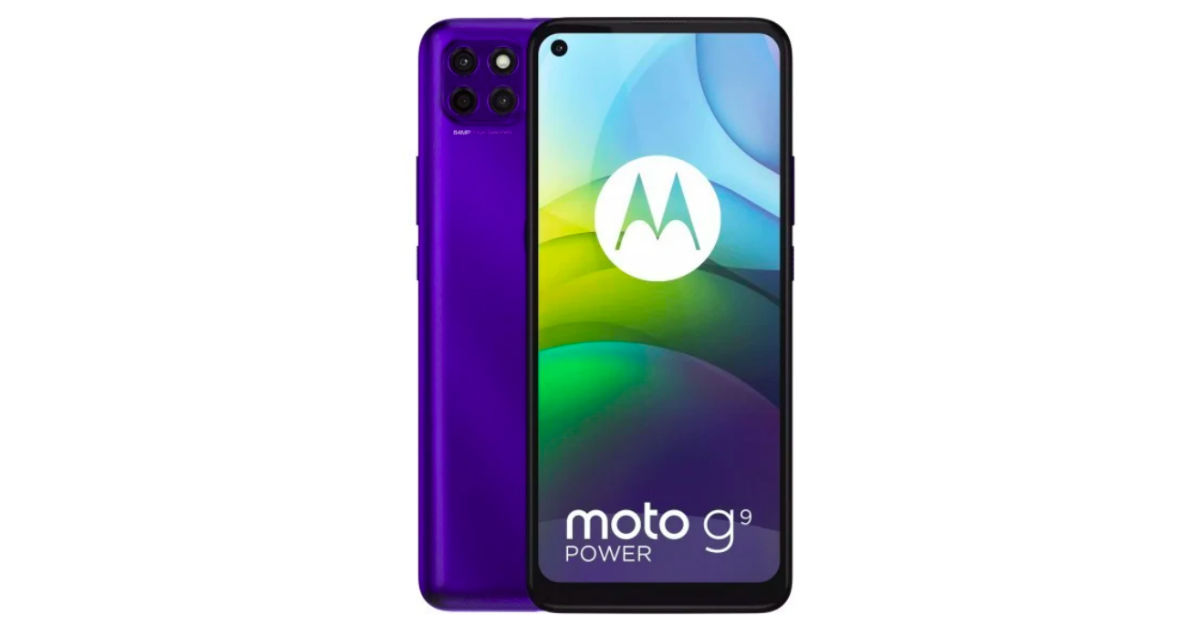 Moto G9 Power price and specifications have been officially announced as the phone launches in Europe and selected countries. This comes shortly after WinFuture.de leaked renders and specs of the phone. The smartphone is the newest addition to the G9 lineup that already has Moto G9 (Play) and Moto G9 Plus. The Moto G9 Power specs include a 6,000mAh battery, 64MP triple cameras, and Snapdragon 662 SoC. It comes with a punch-hole display and a square camera module at the back with triple sensors and an LED flash. The phone has a physical fingerprint sensor embedded in the Moto dimple. Here’s what we know about the Moto G9 Power price, release date, and complete specifications.

Moto G9 Power price in the European market is EUR 199 (approx Rs 17,500) and it comes with 128GB internal storage. The phone will launch in other selected markets, including Asia. There is no word yet on the Moto G9 Power release date in India. Moto G9 Power sports a 6.78-inch IPS HD+ display with 1,640 X 720 pixels resolution and 264 pixels per inch. It is powered by the Snapdragon 662 SoC paired with 4GB RAM and 128GB storage that should be further expandable via a microSD card. Moving to optics, the Moto G9 Power gets a 64MP primary sensor with an f/1.79 aperture, a 2MP macro lens, and a 2MP depth sensor. It gets a 16MP front-facing camera with an f/2.25 aperture.