91mobiles.com
Home Comparisons Moto G9 Power launched in India, but should you buy Realme 7i...
Highlights 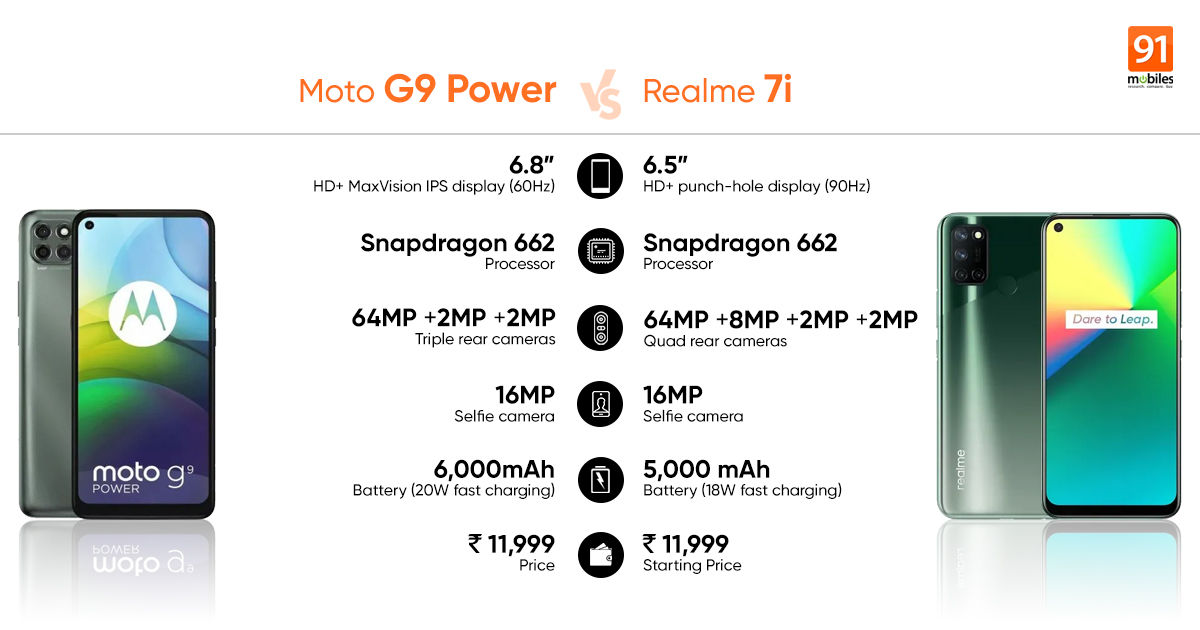 Moto G9 Power was launched in India earlier this week with an affordable price tag, which is similar to the Realme 7i. In addition to that, the Motorola handset also crosses paths with the Realme smartphone in the design and specifications departments. Both phones ship with punch-hole displays, 64MP cameras, and Snapdragon 662 SoC. That said, the Moto G9 Power comes with a few unique features as does the Realme 7i. Both the devices have something to offer consumers in the sub-Rs 15,000 segment, but which phone should you buy? Let’s take a closer look at how the Realme 7i and Moto G9 Power compare in terms of price and specs.

Moto G9 Power and Realme 7i are both priced at Rs 11,999. The Motorola smartphone comes with 4GB RAM and 64GB internal storage, while the Realme 7i is available in two variants – 4GB + 64GB and 4GB + 128GB. Moto G9 Power will be available for sale starting December 15th in Electric Violet and Metallic Sage colours. The Realme 7i is up for grabs on Flipkart and Realme.com in Aurora Green and Polar Blue colours options.

On the surface, both Moto G9 Power and Realme 7i look similar. The handsets sport punch-hole displays with slim bezels around the top and sides, and a noticeable chin at the bottom. The differences are mostly at the back where Moto G9 Power flaunts a textured polycarbonate finish with a squarish camera module in the top right corner and centred Moto dimple that embeds a fingerprint scanner. The Moto G9 Power also has an IP52 rating making it water-repellent. 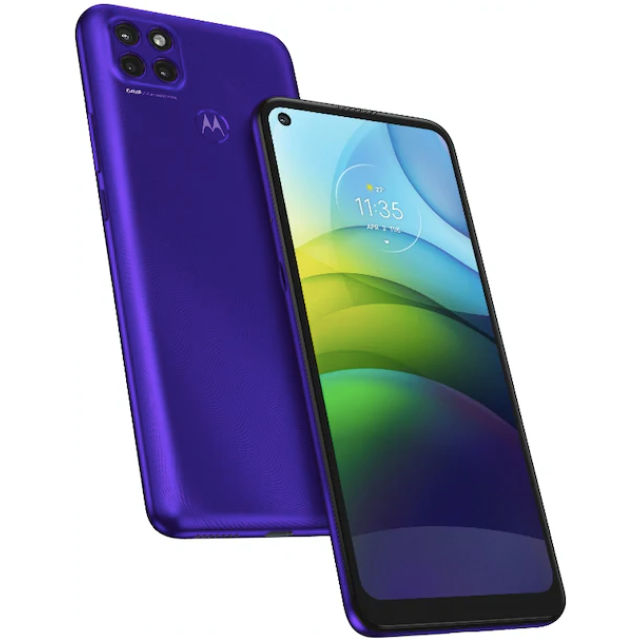 The Realme 7i, on the other hand, has a dual-tone finish with a rectangular camera module. The phone also has a rear-mounted fingerprint scanner for security, but there’s no official IP rating.

Coming to the specifications, Moto G9 Power and Realme 7i both come with dual-SIM support and 4G LTE connectivity. The smartphones are powered by Snapdragon 662 SoCs and 16MP front-facing camera nestled in the top left corner. Connectivity options include Wi-Fi 802.11ac, Bluetooth v5.0, GPS/ A-GPS, NFC, USB Type-C, and a 3.5mm headphone jack. That’s where the similarities end. 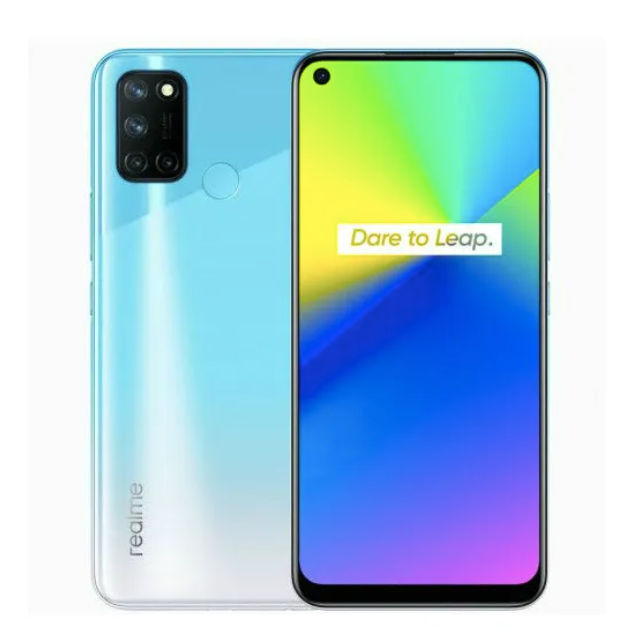 The Moto G9 Power employs 64GB storage onboard, which is further expandable up to 512GB using a hybrid microSD card slot. The handset sports a 6.8-inch IPS LCD panel that bears HD+ resolution and a standard 60Hz refresh rate. The phone packs a triple camera setup at the back, which comprises 64MP primary sensor with an f/1.79 lens, a 2MP macro lens, and a 2MP depth sensor. Software-wise, the G9 Power runs a near-stock version of Android 10 out of the box. The handset is driven by a beefy 6,000mAh battery that supports a 20W fast charging solution. Lastly, the device measures 172.14mm x 76.79mm x 9.66mm and weighs 221 grams.

Overall, both the Moto G9 Power and Realme 7i look evenly matched on paper, but we can only know which one performs better after an in-depth review of the Moto G9 Power. While the Realme 7i offers a faster and more responsive 90Hz display, the Motorola phone gets a larger display and a bigger battery. It also offers a cleaner Android software compared to the Realme phone. These are a few things to keep in mind when deciding between the two devices.