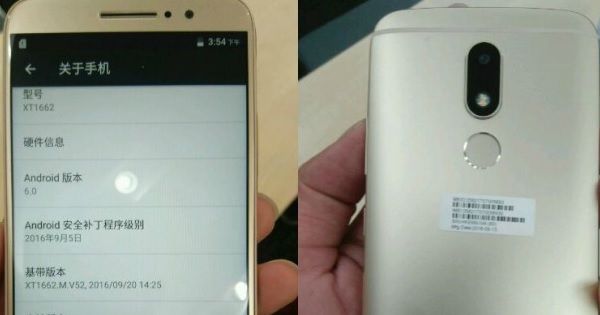 Earlier this month, a couple of renders and live images of Lenovo’s upcoming smartphone in the Moto range hit the interwebs. Allegedly dubbed the Moto M, the phone has been leaked once again in a couple of live images, courtesy of Playful Droid. In a separate leak, GizmoChina suggests that the Moto M will be priced at RMB 1,999, which is roughly Rs 19,500. 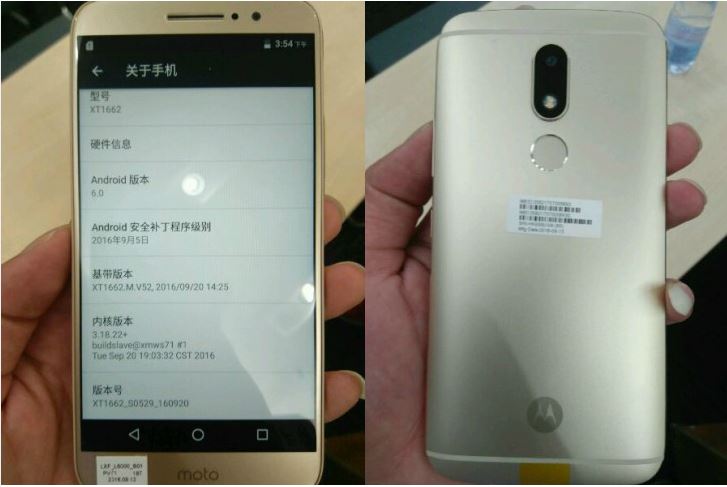 The newly leaked images are in line with the photos that surfaced earlier. They indicate that the phone will sport a metal unibody design, and will be the first Moto smartphone to sport a fingerprint sensor at the back. One of these photos reveals that the Moto M has the model number XT1662, and will ship with Android 6.0 Marshmallow, with security patches for September.

According to the rumour mill, the Moto M will sport a phablet-grade 5.5-inch display bearing full HD screen resolution. The phone will be powered by a 2GHz octa-core MediaTek Helio P10 processor, mated to 3GB or 4GB of RAM. It will arrive in 32GB and 64GB storage variants and will offer a 16MP rear snapper, an 8MP selfie shooter, and a 3,000mAh battery. The device is also rumoured to come bundled with Microsoft apps like Office, Skype, and OneDrive. It is expected to be unveiled in the coming weeks.