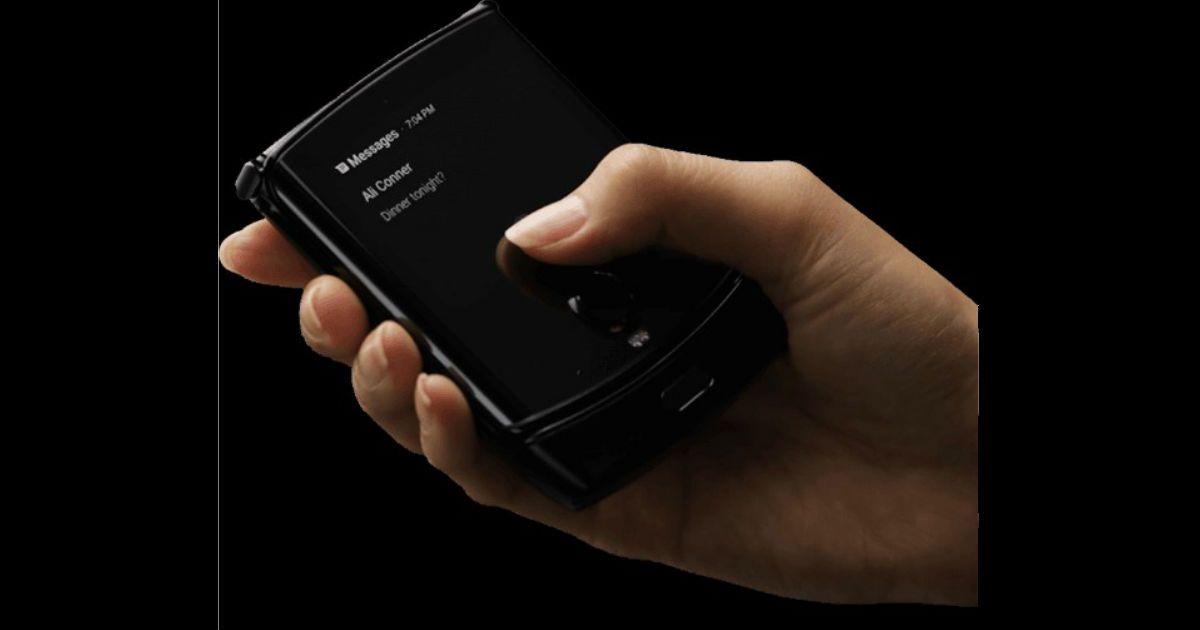 The Moto RAZR 2019 launch is still about a fortnight away, but you won’t have to wait that long to have your first look at the device. Renowned tipster Evan Blass has shared images of the Moto’s first foldable smartphone, ahead of the official unveiling on November 13th. The images are in line with the fan-made renders that the company shared back in May. The Moto RAZR 2019 smartphone is expected to bring back the classic clamshell design, and – the cool factor – of the classic RAZR V3 from 2004.  The newly leaked images reveal just that.

As seen from the images, the Moto RAZR 2019 has a design inspired by the RAZR V3. There is a chin on the bottom that now houses a fingerprint scanner, and a camera under the outside display of the handset. The major difference you’re going to notice is when the RAZR 2019 is unfolded. The handset will reportedly flaunt a full touchscreen display instead of an archaic number pad. The display, which is tipped to be 6.2-inch OLED, is expected to have a hinge at the back to allow it to fold vertically when not in use.

The handset seems to feature a notch atop the display that may accommodate sensors for the selfie camera, earpiece, among other things. While the tipster hasn’t shared Moto RAZR 2019 specifications, the outside display is tipped to feature 600 x 800p resolution that can be used to showing some notifications. The Moto RAZR 2019 will reportedly be powered by a Snapdragon 710 mobile platform, which makes it a mid-range offering.

The chipset will most likely be paired with 4GB RAM + 64GB storage and 6GB RAM + 128GB storage configurations. The handset is tipped to boot Android 9 Pie (Android 10 would have been fine though) out of the box. Lastly, the Moto RAZR 2019 is expected to pack a smaller 2,730mAh battery cell, backed by Motorola’s 27W TurboPower charging support, and just one camera.