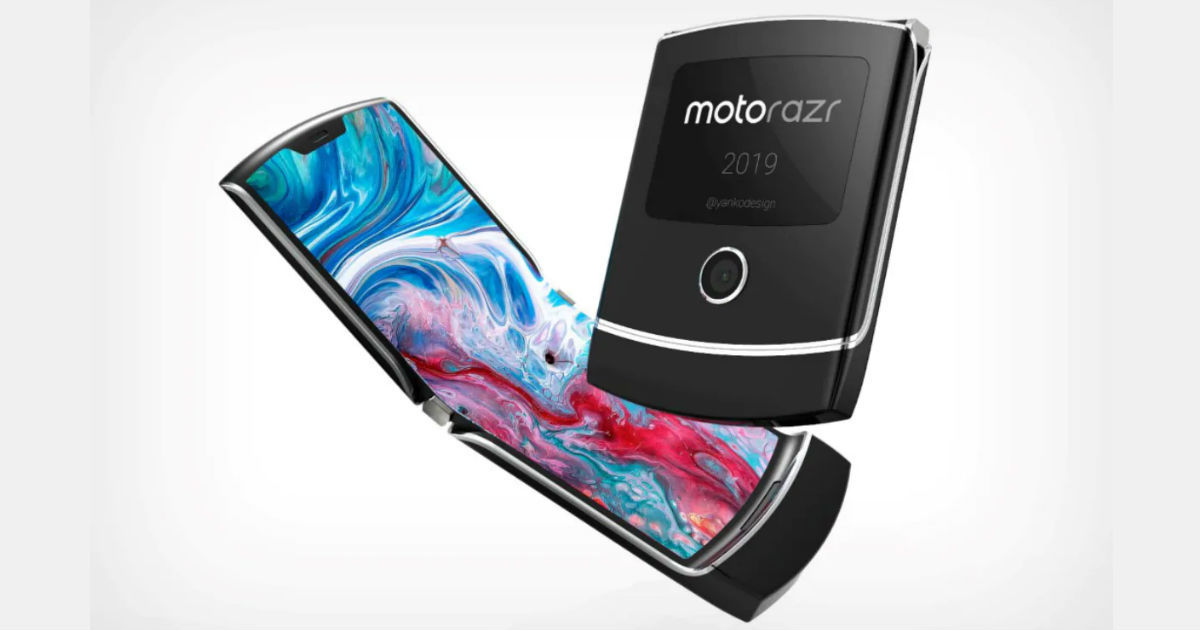 The Moto RAZR 2019 foldable smartphone is slated to launch tomorrow, i.e. November 13th. The handset, which will be unlike any other foldable smartphone so far, is the most-awaited offering from the brand. It’s expected to be a reboot version of the iconic RAZR V3 flip phone from 2004. The Moto RAZR 2019 is tipped to feature a clamshell design and a flexible display. The phone will reportedly sport a compact form factor that folds along the middle to slip into the pocket easily instead of opening up like a book such as Samsung Galaxy Fold and Huawei Mate X.

The Moto RAZR 2019 is scheduled to launch in the US at an event the company is hosting on November 13th. It will reportedly be headed to Europe in December, but there is no word regarding an Asia launch. 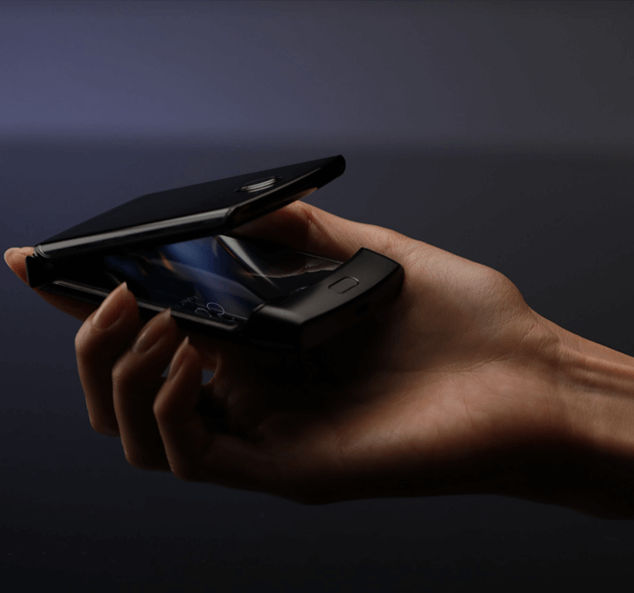 A new set of official-looking leaked renders has revealed the design of Moto RAZR 2019 from all corners. If the images are anything to go by, the handset will indeed look a lot like the classic RAZR V3 from 2004. The Moto RAZR 2019 will feature a second screen, just above the primary camera, on the flip-up lid of the phone. The secondary screen could be used for a quick glance at the settings or notifications. The primary display of the phone, which would fold vertically, may come with a notch on top. Apart from this, there will be a chin on the bottom to house the fingerprint reader that may double up as a home button and volume rocker and power button on the right spine. The signature hinge of the RAZR V3 will obviously be refreshed on this upcoming foldable smartphone.

The images are in line with the Moto RAZR 2019 schematics that were spotted by 91mobiles on WIPO, back in January. A concept render video also imagines how the folding mechanism might work. 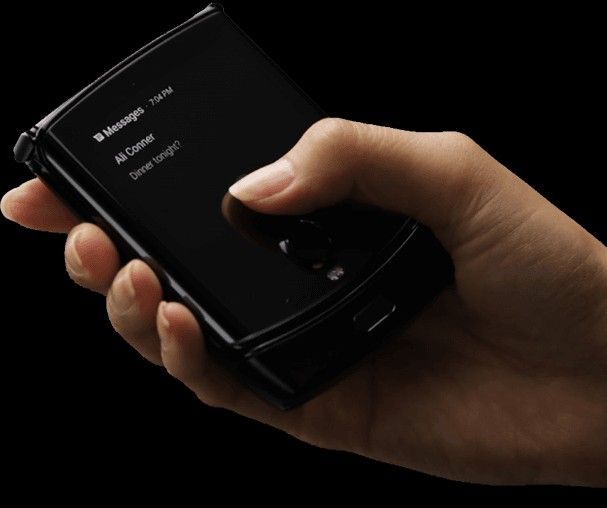 As mentioned above, the Moto RAZR 2019 will sport two displays. The main foldable screen is expected sport a 6.2-inch OLED panel with 876 x 2,142 pixels resolution, and a cover display with 600 × 800 pixels resolution. The primary display could come with HDR10+ support and a standard notch atop to accommodate required sensors and microphone. The cover display can be accessed after the phone is folded and the same can used to access notifications, media controls, Google Assistant responses, etc. It’s also reported that the outer screen would support multi-touch and will also act as a scroll pad for the larger display.

Moto RAZR 2019 foldable phone will reportedly be powered by Snapdragon 710 SoC, meaning it will be a mid-range smartphone, unlike the competition which rock flagship chipsets. This will make the phone seriously underwhelming if just performance is considered. The Moto RAZR 2019 will most likely run likely to run on Android 9.0 Pie with a near-stock interface on top when unfolded. But once its folded, the software should be auto-adjusted to fit the smaller form factor of the outer display. Lastly, it may come with just 4G connectivity.

Motorola is likely to ship the Moto RAZR 2019 with two RAM and non-expandable storage configurations: 4GB + 64GB, 6GB + 128GB. It’s possible there could be another high-end storage model. 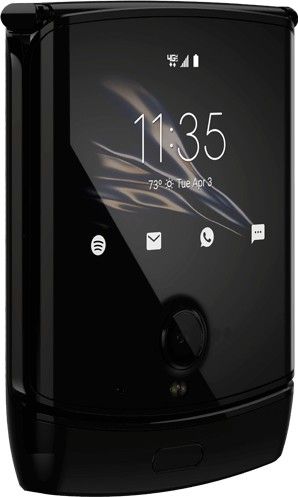 Moving to the cameras, the Moto RAZR 2019 appears to have a single camera placed on the outer screen. This means it will double up as the primary as well as the selfie snapper, similar to the Vivo NEX Dual Display Edition. However, the exact megapixel-count of the phone haven’t been leaked yet. In the ages of multiple camera sensors, it’s quite surprising to see Motorola settling with just the one.

The Moto RAZR 2019 is believed to be driven by a 2,730mAh battery, backed by Motorola’s 27W TurboPower charging support. Although the cell seems to be slightly subpar with the current standard, the smaller battery is expected to keep the dimensions and weight of the phone in check.

The Moto RAZR 2019 will reportedly be available in the traditional black and white colour options, but there could be other hues as well, like gold.

This is all we know so far about Moto RAZR 2019! Stay tuned to 91mobiles for more updates.