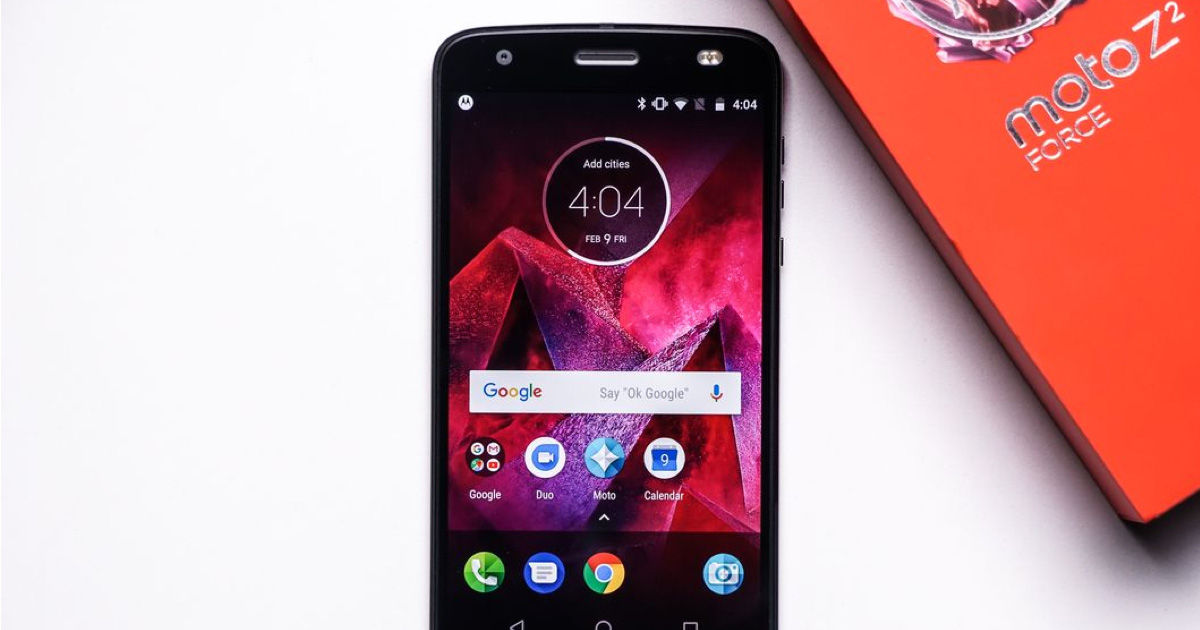 Where all others failed, Motorola succeeded and made modular smartphones a reality. The company’s Z series of smartphones come with support for Moto Mods which allow users to attach modular components such as a speaker or a battery pack to the device, thereby improving its attributes. The brand has just launched the Moto Z2 Force in India, which comes as a beefed up version of the Moto Z2 Play (review) unveiled last year. We managed to get our hands on a unit and here are our initial impressions of the same. 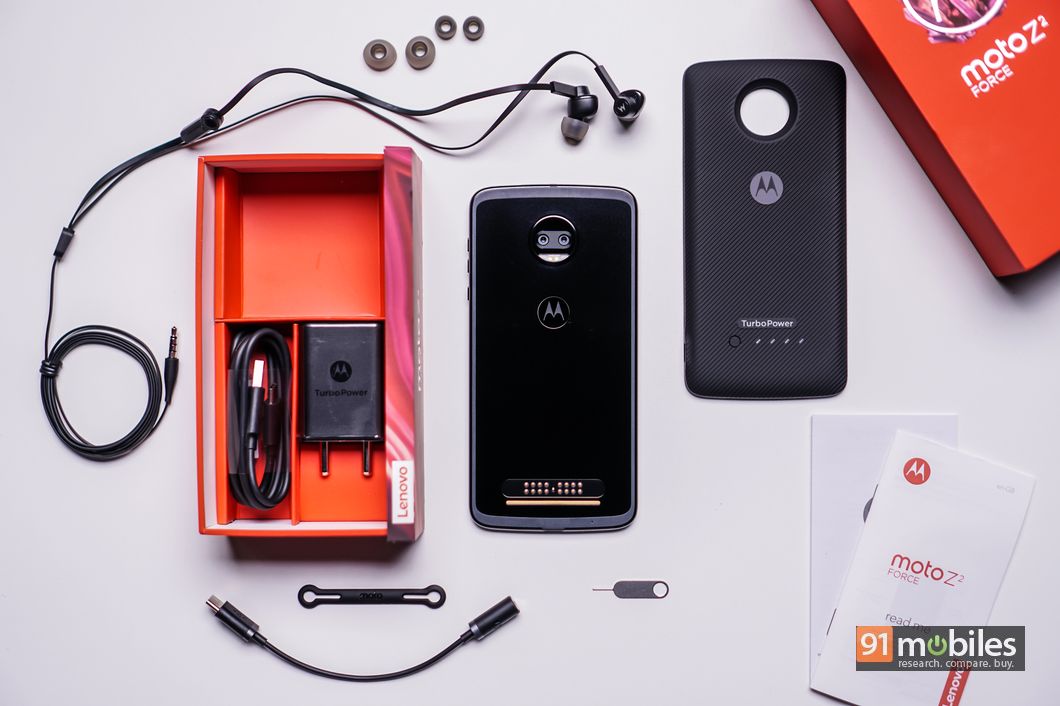 The Z2 Force ships in a bright red box that opens sideways. Inside, you’ll find the smartphone up top, with a cardboard envelope containing some documentation. Below that, you’ll find the turbo charger, a USB Type-C cable, a Type-C to 3.5mm adapter, and a paired of wired earphones that come with a 3.5mm plug. Differently-sized silicon tips for the earphones have also been provided, to ensure you get optimum fit. 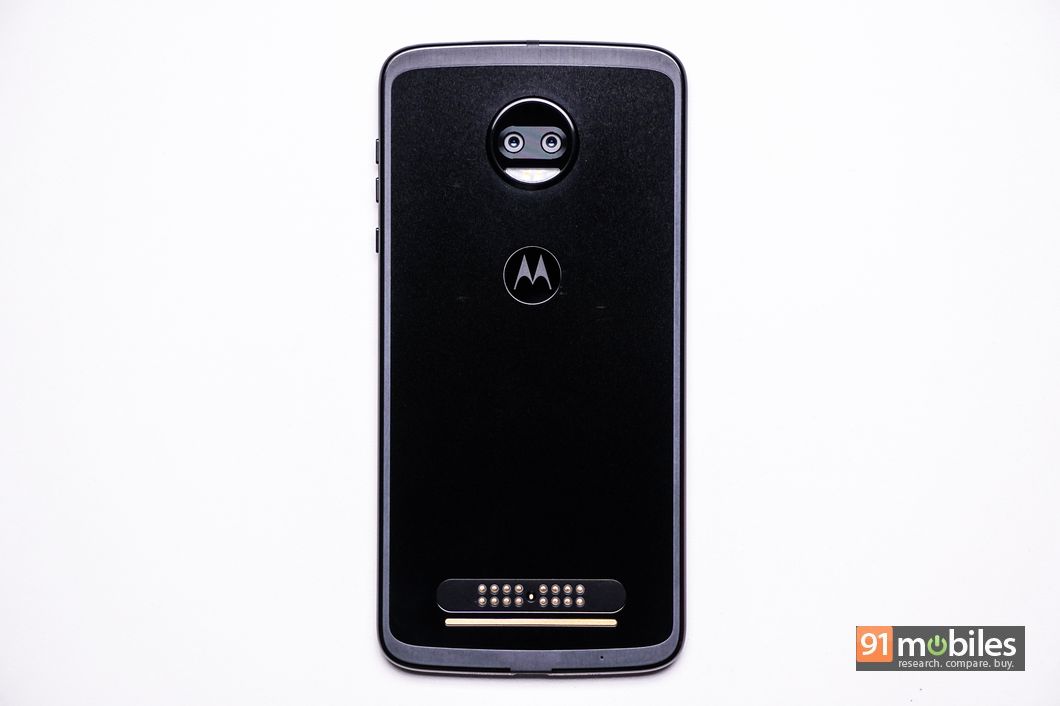 The design language of the Moto Z2 Force isn’t all that different from its more affordable sibling, the Z2 Play, the reason being that the company wants to ensure universal compatibility of its Moto Mods across all Z-series devices. The Z2 Force has been constructed in entirety using metal and flaunts a sleek waistline of just 6.1mm, making it one of the slimmest handsets we’ve unboxed. As a result, the smartphone feels light in the hand. Moreover, unlike most modern flagship smartphones, the Z2 Force misses out on the bezel-less trend and ships with a 16:9 aspect ratio panel, which could be a dealbreaker for a few.

With that said, the Moto Z2 Force comes with the company’s ShatterShield display technology which adds five layers of protection to the device’s display, ensuring that it won’t crack or break. Furthermore, during our initial testing, the smartphone’s 5.5-inch QHD Super AMOLED display offered excellent viewing angles and got plenty bright too, allowing us to use the smartphone comfortably under direct sunlight.

As far as the placement of the ports and the buttons are concerned, buyers will find the texturised power button and the volume buttons towards the right. A USB Type-C port can be found at the bottom, with the hybrid SIM tray present up top. Unfortunately, the Z2 Force does not ship with a headphone jack and therefore, you will have to use the dongle bundled with the smartphone to listen to music. For security, there’s a fingerprint sensor present below the display which worked well during our initial testing. The sensor picked up our fingerprints in a jiffy and the unlocking animation was fast too. In terms of performance, the Moto Z2 Force is neck-and-neck with every other flagship in the market ,as the device is powered by the industry-leading Snapdragon 835 processor. The CPU works in parallel with 6GB of RAM and 64GB of expandable storage. Unsurprisingly, we didn’t come across any lags or stutters while using the smartphone, but you should wait for our full review where we will give you our impressions of the device’s performance under heavy load. 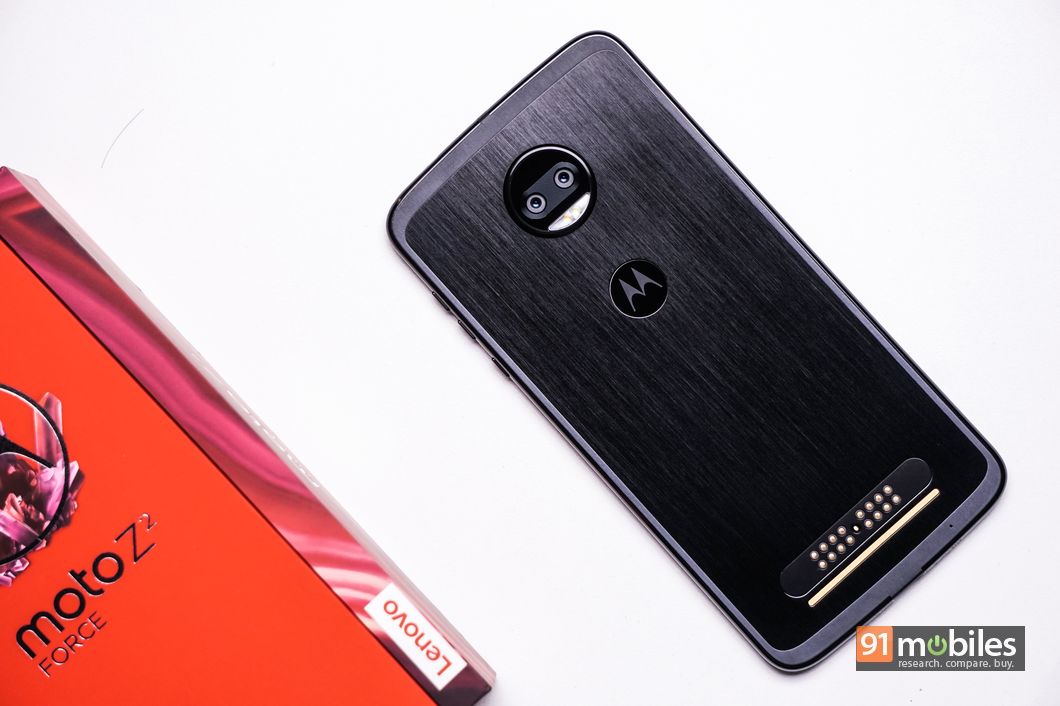 For optics, the Moto Z2 Force ships with a pair of 12MP sensors at the back, one of which is an RGB sensor while the other is a monochrome sensor. Therefore, buyers will be able to click a variety of shots with the Z2 Force, including bokeh images wherein the background of the subject is blurred to simulate depth effect. For selfies, buyers will be smiling at a 5MP front camera which also comes with a dedicated dual-tone flash module, ensuring that the quality of the images doesn’t dip by a huge margin at night. For software, the Moto Z2 Force runs a near-stock version of Android Oreo along with slight Moto’s signature featured. These include Moto Actions that include gesture controls, Moto Display, and Moto Voice that allows for hands-free usage. 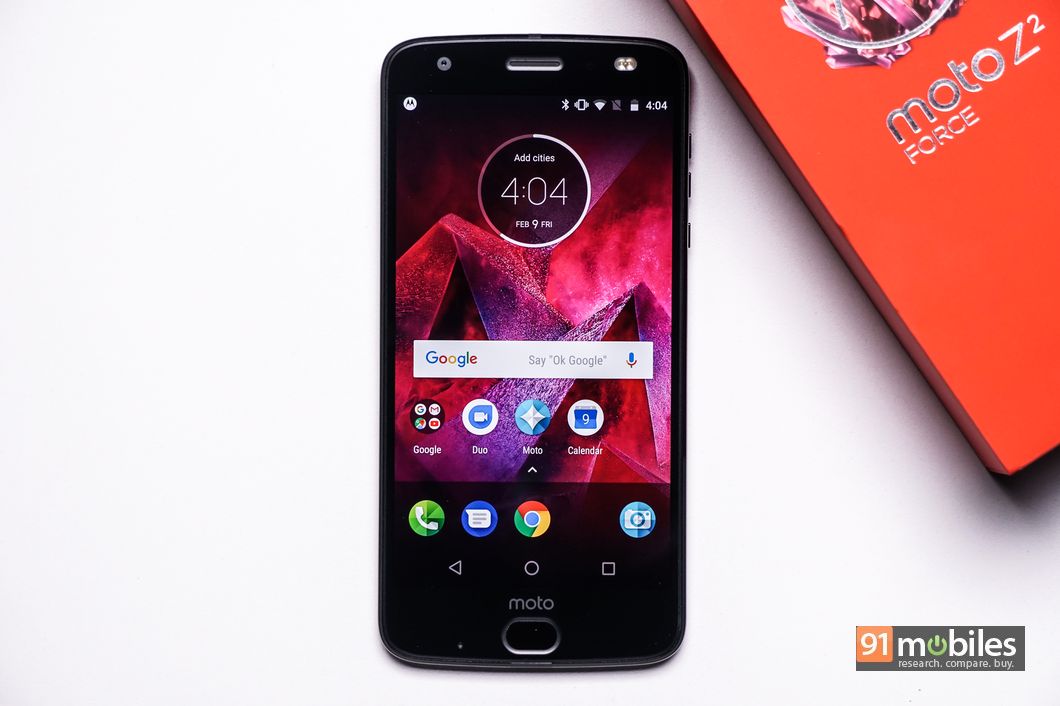 Lastly, in the battery department, the Moto Z2 Force sips juice from a 2,730mAh battery. However, Motorola is also bundling a Turbo Battery Mod with the smartphone which should see you through the end of a long day without any hassle, all thanks to the additional 3,500mAh power it brings. Interestingly, this Turbo Battery mod is capable of charging the Z2 Force at the same speeds as the bundled Turbo wall charger. The Moto Z2 Force retails for Rs 34,999 and is available exclusively on Flipkart online, and via Moto Hubs offline.