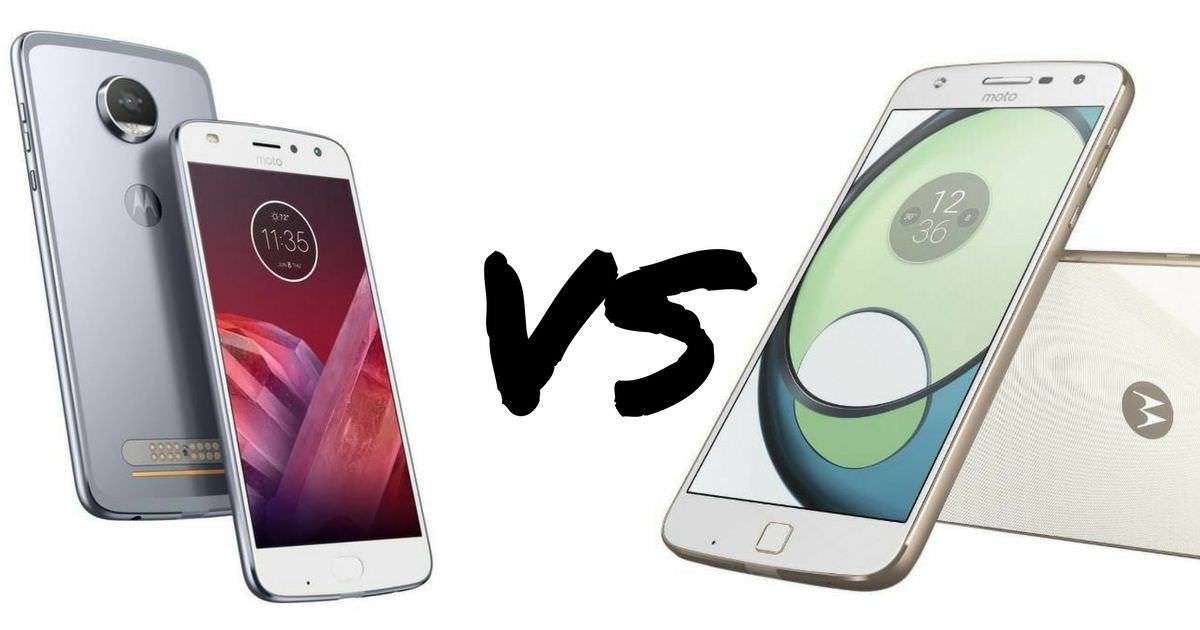 “As far as the specs are concerned, the Z2 Play doesn’t seem to be a revolutionary upgrade over its predecessor”

Motorola has officially announced the Moto Z2 Play, which is the successor to its semi-modular Moto Z Play (review), launched last year. The Z Play brought flagship features such as the support for slap-on accessories into the mid-range along with throwing an impressive battery life into the mix. This year is no different, as the Moto Z2 Play comes with slight improvements over its predecessor with Moto Mods being the USP. But if you are wondering what sets these handsets apart and if the successor is worthy of carrying the baton forward, then read on. 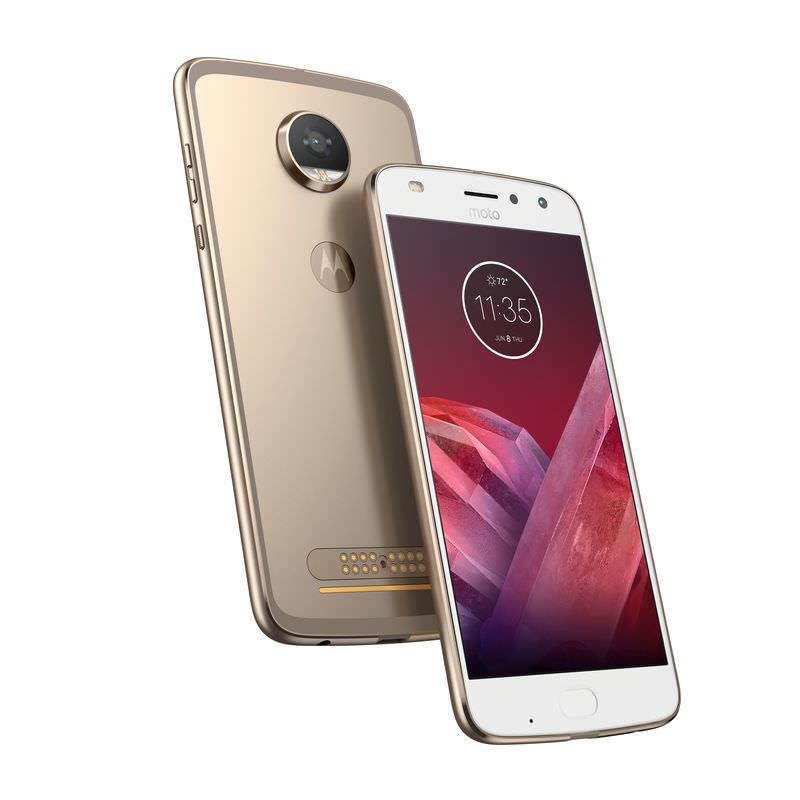 From the front, if both phones are placed side by side, it would be quite easy to mistake one for the other since the Moto Z2 Play doesn’t have any significant differences over the last year’s launch when it comes to design. However, while the Moto Z Play was 7mm thick, this year the brand has shaved off the thickness to a 5.9mm slim frame for the Z2 Play. The new phone is also lighter at 145g compared to the 165g weight of its previous iteration. At the back, instead of the glass panel that was available on the Z Play, its successor sports metal.

In terms of the display, there is nothing much to say since Motorola has retained the same 5.5-inch full HD AMOLED display from last year. 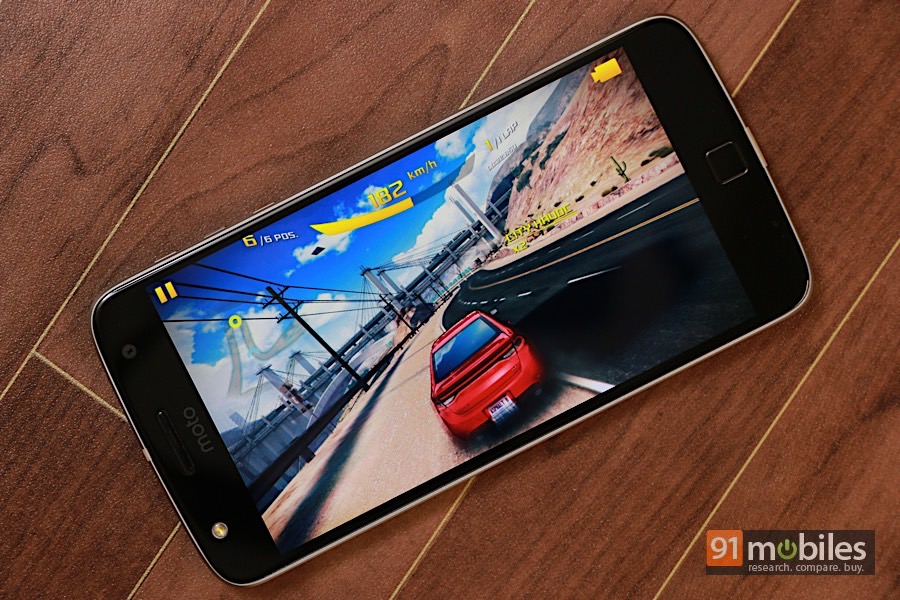 Coming to the hardware, the Moto Z2 Play is only marginally better than its predecessor as it’s equipped with the Snapdragon 626 SoC over the Snapdragon 625 of the Moto Z Play. However, it is an extra gig of RAM of (4GB vs 3GB) that could make a significant difference for users. However, the phone will also be available with 3GB RAM. Depending on the RAM variant, the device will offer 32GB or 64GB memory onboard.

In the software department, the Moto Z2 Play has Android 7.1 Nougat pre-installed along with Moto enhancements. While the Z Play ships with Android 7.0, it should be updated to the latest iteration of Google’s OS. 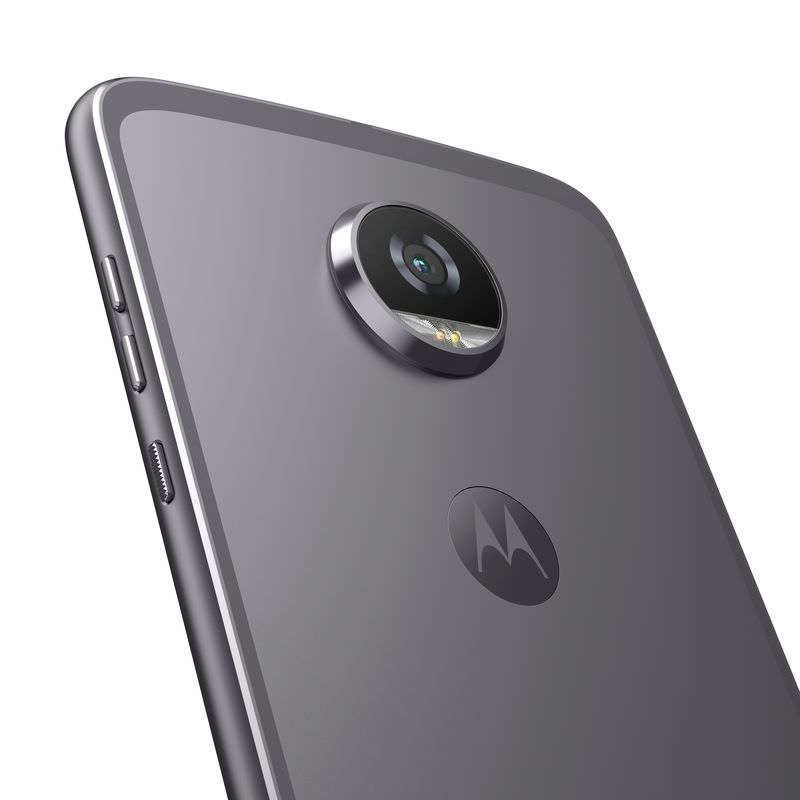 This is where the Moto Z2 Play is radically different from the Moto Z Play, as it comes with a 12-megapixel sensor compared to the 16MP shooter in the latter. In fact, the latest offering from Moto bears the same camera unit that’s available on the Moto G5 Plus (review), which has been lauded by fans and critics alike for its camera prowess. Moreover, the f/1.7 aperture on the Moto Z2 Play lets in more light than the f/2.0 sensor on the Z Play – promising better low-light performance. At the front, both smartphones flaunt 5MP shooters, although the Z2 Play features a dual LED flash instead of the single LED flash present in the earlier model.

Moving on to the battery, the slimmer profile of the Z2 Play means compromise on the battery capacity as it comes with a smaller 3,000mAh unit. In comparison, the Moto Z Play sipped power from a 3,510mAh juice pack. 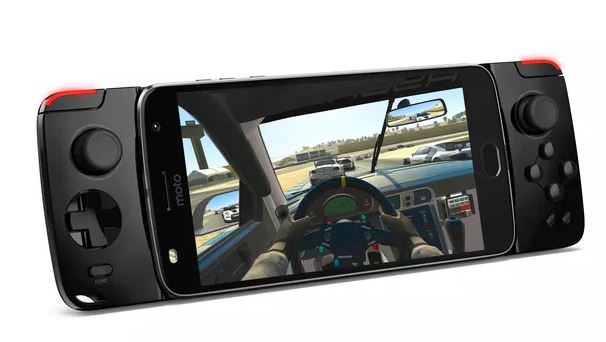 If you already own the Moto Z Play, it would make little sense to upgrade, since all newer Moto Mods will fit the older device as well. Talking about Moto Mods, the Lenovo-owned brand has introduced a couple of new ones, including the TurboPower pack with 3,490mAh battery and a GamePad mod. However, if you are considering a new mid-range phone to be your daily driver, then the Moto Z2 Play could be worth considering – provided it’s priced right. 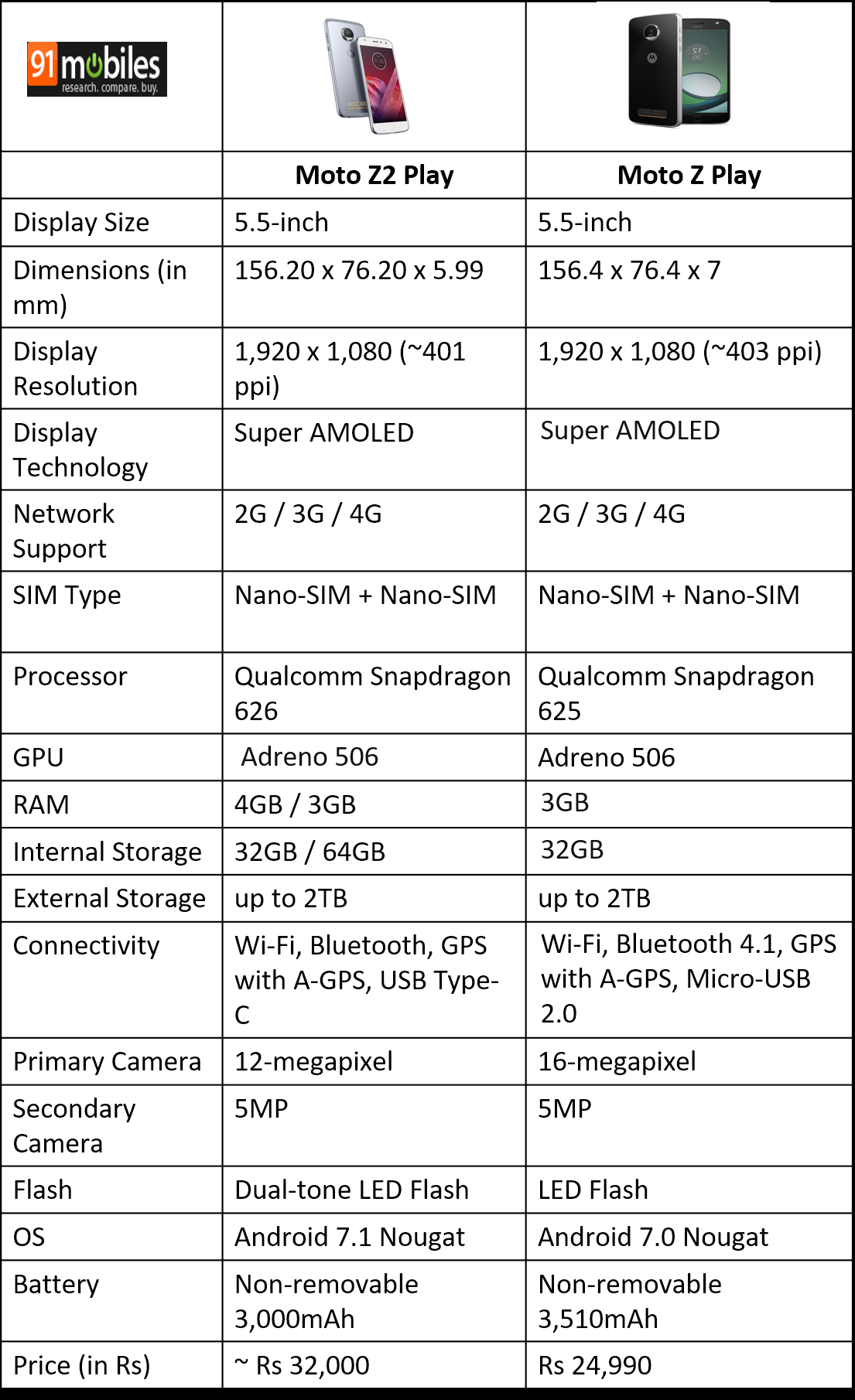