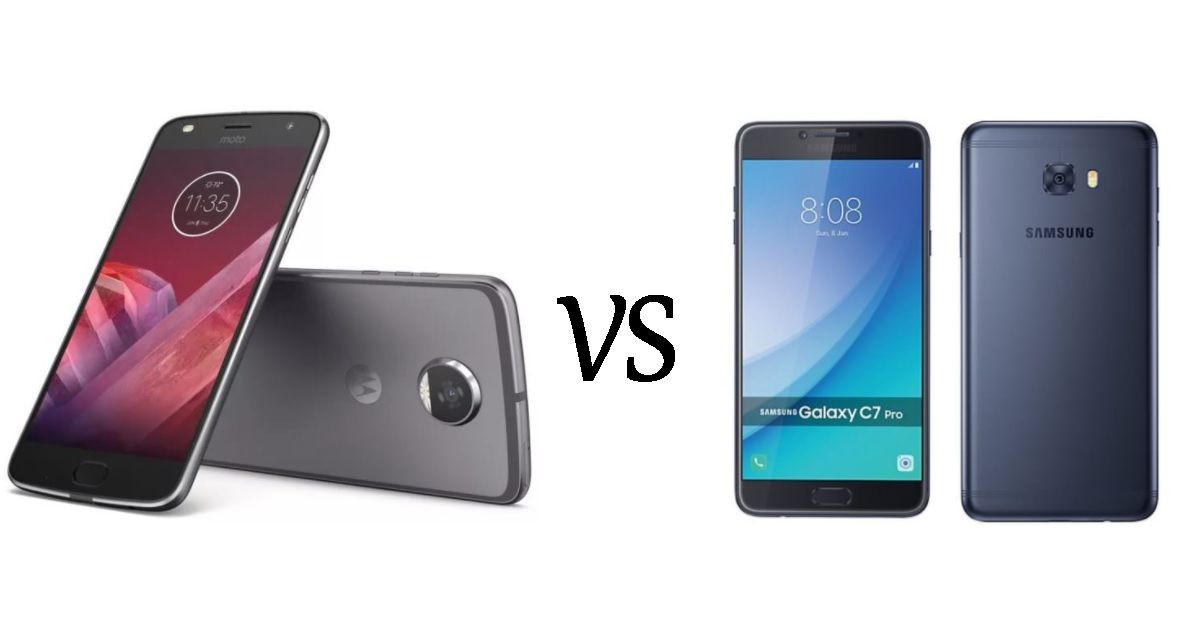 “The Moto Z2 Play takes on Samsung Galaxy C7 Pro; how does it fare?”

Lenovo has launched the Moto Z2 Play, the second generation of its mid-range alternative for those who wanted to experience Moto Mods without having to buy the high-end Moto Z. At first glance, the new handset doesn’t seem to be much of an improvement over the Moto Z Play (review), unless you consider a sleeker profile and more RAM for the same price. The camera does look significantly better though. We pitted the new Moto Z2 Play against Samsung’s similarly-priced offering, the Galaxy C7 Pro (first impressions) to figure out which one brings more to the table. Read on for the details. 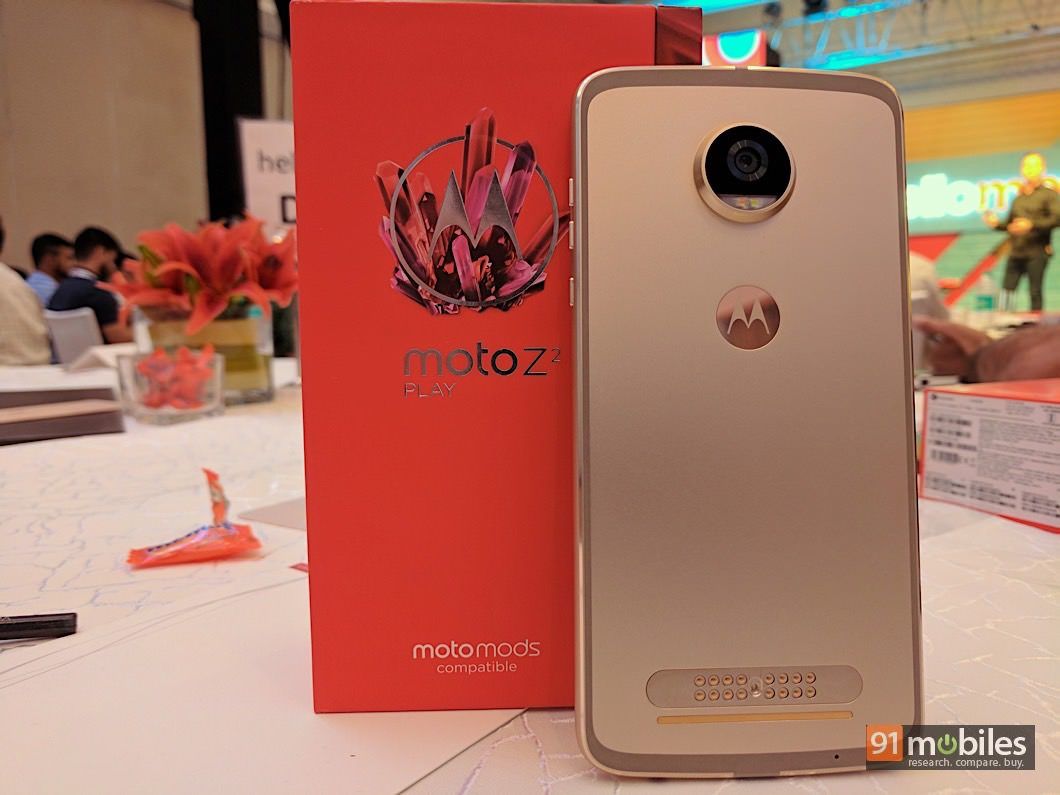 Both these handsets rock signature designs followed by their makers and are clad in metal. The Samsung Galaxy C7 Pro has the usual metal unibody design of the C Series. On the other hand, Lenovo has decided to swap the glass panel on the back of the Z Play with metal on the Moto Z2 Play. The new device is also touted to be sleeker than before and it is. Compared to 7mm of Galaxy C7 Pro, the Moto Z2 Play is pretty slim at just 5.9mm.

Moreover, it is the 16-pin magnetic connector on the rear panel of the Moto Z2 Play which makes all the difference. It allows users to snap on Moto Mods like TurboPower, GamePad, Hasselblad True Zoom and Insta Share, among others. While these mods are separate purchases, having the option is welcome and the Galaxy C7 Pro misses out on that. Moving on to the display, the Galaxy C7 Pro has a very slight advantage over Moto Z2 Play in terms of size (5.7-inch vs 5.5-inch). Both displays feature AMOLED panels with full HD resolution and there is not much difference to the naked eye. 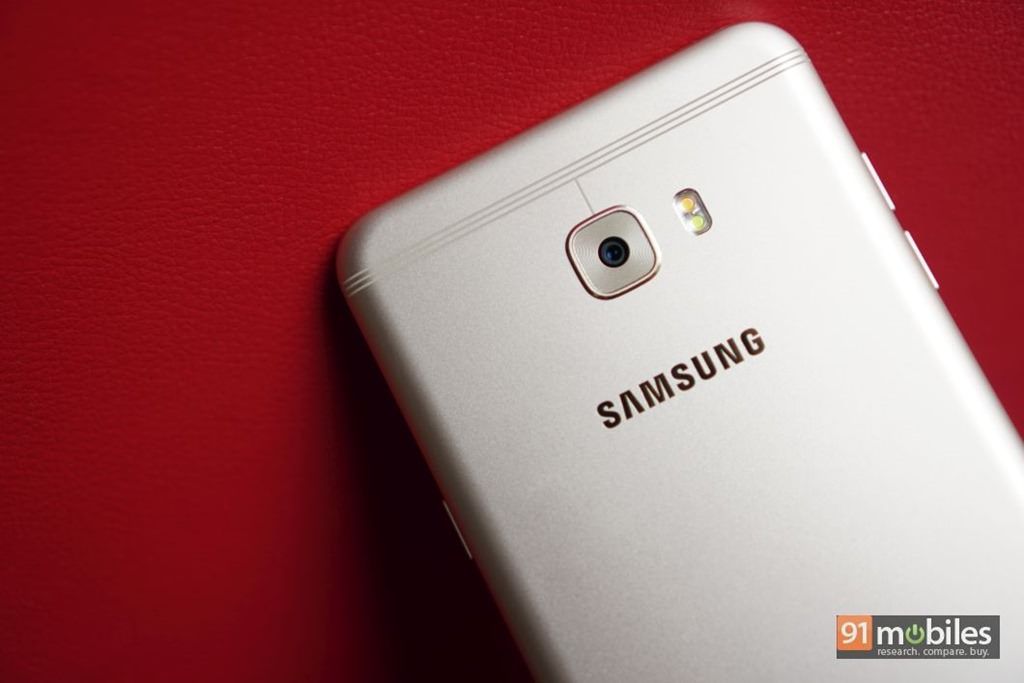 Taking a look at the innards of these handsets, both are powered by the Snapdragon 626 SoC and Adreno 506 graphics. Both the Moto Z2 Play and Samsung Galaxy C7 Pro have 4GB of RAM onboard along with 64GB of internal storage. On the software front, the Galaxy C7 Pro is still running the dated Android 6.0 Marshmallow operating system and knowing Samsung, Nougat could take its own sweet time to land on this device. Additionally, while the brand claims to have trimmed down its Touchwiz UI, the fact remains that it is a bloated interface. The Moto Z2 Play on the other hand, will flaunt Android 7.1.1 Nougat right out of the box and in its near stock iteration. 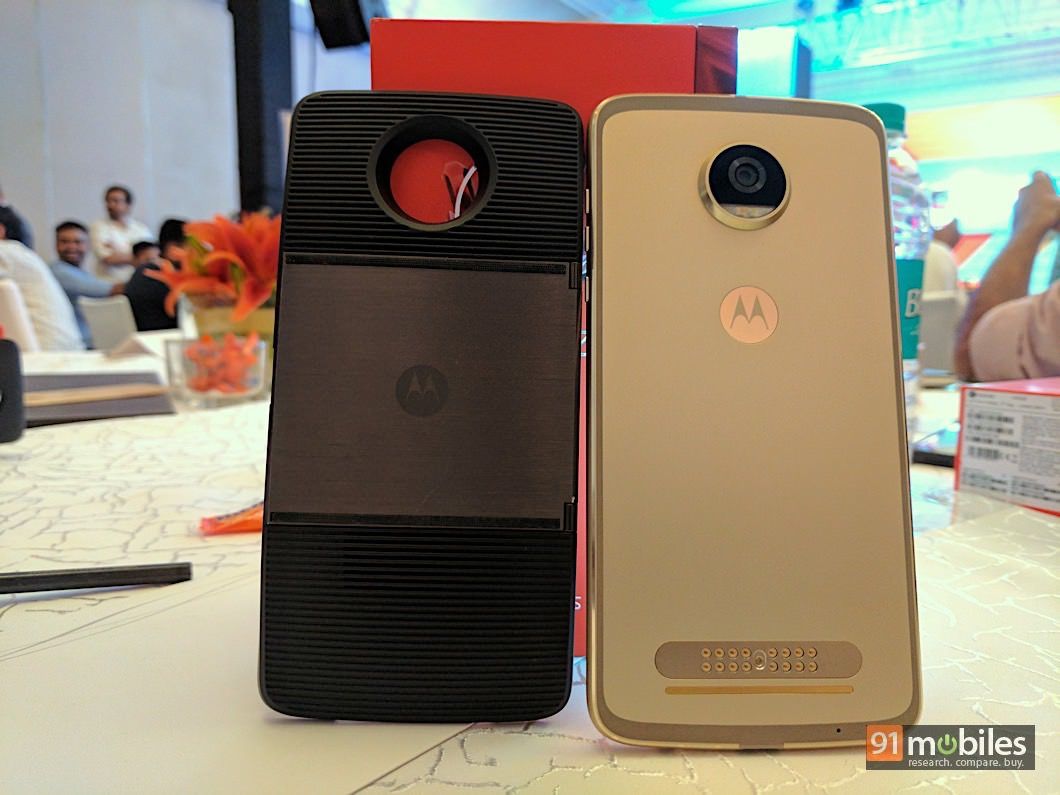 When it comes to primary cameras, both handsets differ quite a bit. The Moto Z2 Play comes with the same 12MP sensor on the back as the Moto G5 Plus, with f/1.7 aperture for better light intake. The Samsung Galaxy C7 Pro on the other hand, has bigger 16-megapixel unit with f/1.9 aperture, which is not all that bad compared to the Z2 Play. On the front, while the Moto Z2 Play features a 5MP snapper, the Galaxy C7 Pro blows it out of the water with a 16MP sensor. Clearly, this round belongs to the Samsung Galaxy C7 Pro.

Despite being slightly bulky, Samsung has only managed to equip Galaxy C7 Pro with a 3,300mAh battery. On the contrary, Moto Z2 Play is a lot slimmer and yet features a 3,000 mAh battery.

It is a close fight between these two but the Moto Z2 Play emerges a tad bit ahead in the lead, simply owing to the support for Moto Mods. However, if you know that you are never going to indulge in a Moto Mod, Samsung’s Galaxy C7 Pro makes a lot of sense as it comes with similar specs and better cameras. It all boils down to personal preference and requirement between these two. 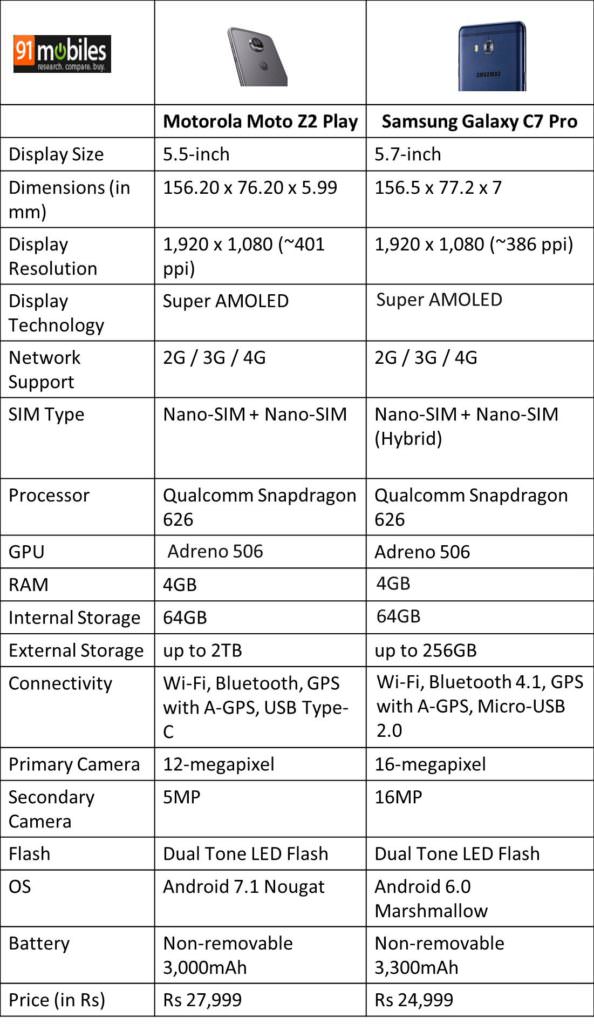 Samsung Galaxy C7 Pro gets yet another price cut, now available for Rs 22,400

OPPO F7 vs Samsung Galaxy C7 Pro: which one should you buy?

Moto Z2 Play to reportedly be priced starting at Rs 27,990 in India