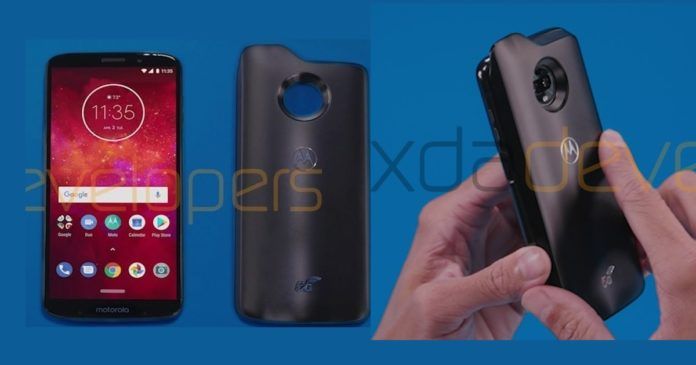 “The Moto Z3 Play is said to flaunt an 18:9 nearly bezel-free display and a Snapdragon 636 SoC”

Last week, Lenovo-owned Motorola sent out invites for a product launch event in Brazil, which is scheduled for June 6th. While the brand hasn’t revealed the name of the device(s) to be unveiled at the event, the rumour mill suggests that the Moto Z3 Play could go official on the date. We have already seen leaks and reports surrounding the upcoming Moto Z series handset. Now, XDA Developers has leaked alleged photos of the Moto Z3 Play and the handset’s 5G Moto Mod.

The leaked photos reveal the front of the Moto Z3 Play. One of these images shows the back of the handset with the 5G Moto Mod. As seen in the leaked pictures, the Moto Z3 Play could feature an 18:9 display with a nearly bezel-free design. The fingerprint sensor isn’t located on either the front or the back of the device, so it is expected to be placed on the right side, below the volume rocker.

The source suggests that the Moto Z3 Play could arrive with a near stock version of Android Oreo. As the images indicate, the mid-range offering will feature a dual primary camera setup at the rear. The photo of the 5G Moto Mod doesn’t reveal much in terms of details but it appears that the accessory will add a significant amount of thickness when attached to the phone. 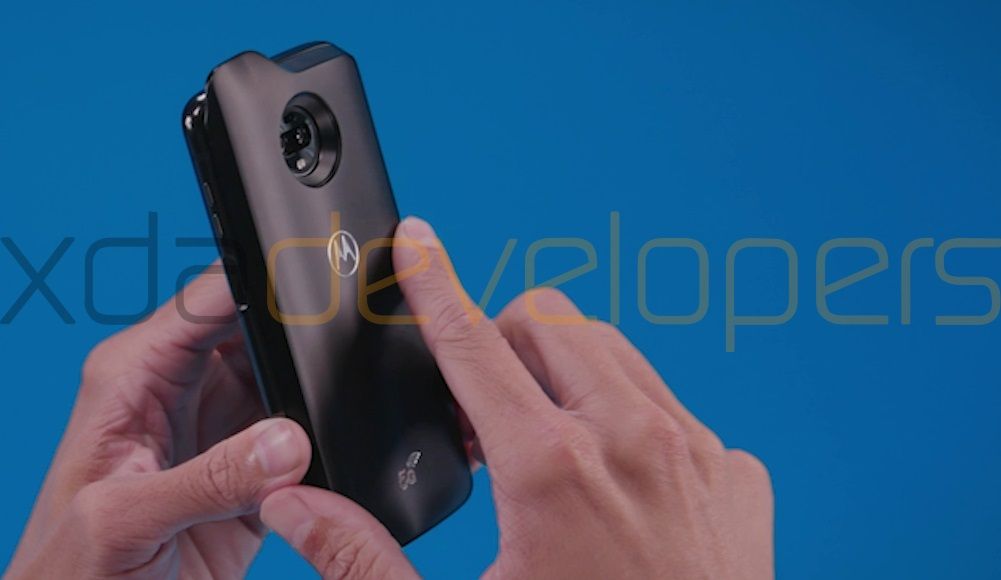 As per the earlier reports, the Moto Z3 Play will feature a 6-inch 18:9 full HD+ Super AMOLED display, and will be powered by a Qualcomm Snapdragon 636 SoC. The handset is said to offer 4GB of RAM and come in 32GB and 64GB storage variants. A 3,000mAh battery is rumoured to keep the whole show running. We should have official details regarding the handset on June 6th, so stay tuned for regular updates.