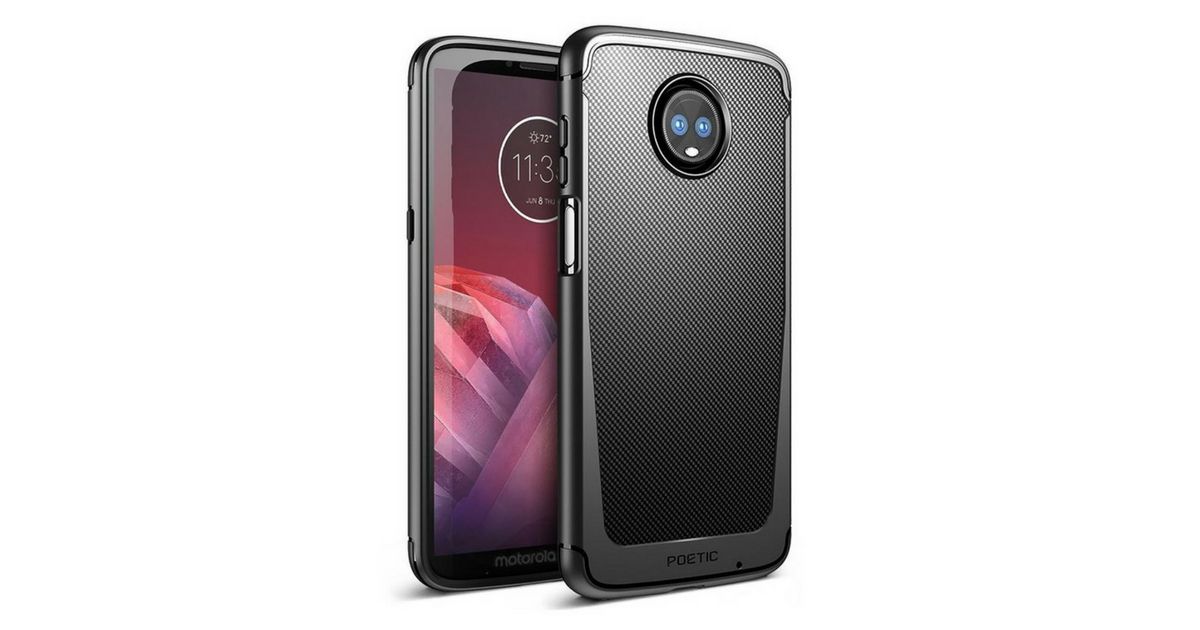 Lenovo-owned Motorola is expected to launch its Moto Z3 Play smartphone soon and the handset has been popping up on the internet for a while. Back in January, we saw the alleged press renders of the phone, which were then followed by 3D renders and a 360-degree video. Now, the handset’s Karbonn Shield Poetic cases have also been listed on the case maker’s website. 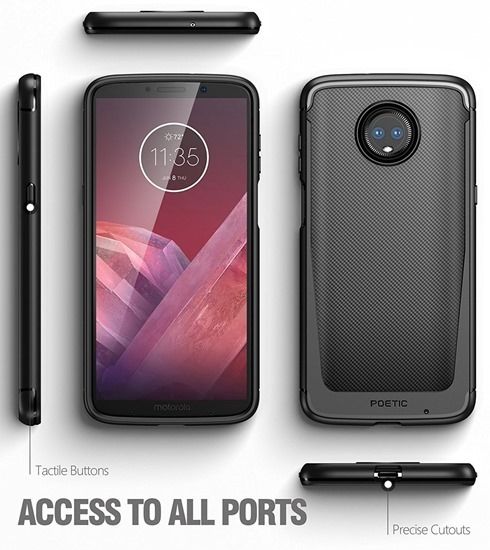 In the new case renders, we can see the upcoming smartphone wrapped in a TPU case with carbon fiber finish on the back. The renders reveal the 18:9 display on the front and the circular dual camera module on the rear panel. There is a textured power button on the left spine and volume rocker on the right. However, the interesting revelation comes in the form of a cutout, which seems to be housing a side-mounted fingerprint scanner – a first for the brand. A USB Type-C port can also be spotted on the bottom edge of the phone.

To recall, there were some protective cases spotted on the Internet earlier, which had a cutout for the magnetic pin connectors on the rear panel. However, the same cannot be spotted on the Poetic Cases renders, which makes them appear more legitimate as Moto Mods cannot be used with a case on. 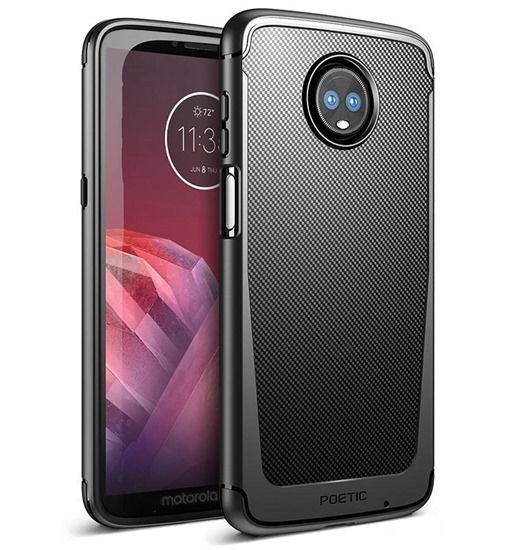 Coming to the spec sheet, the Moto Z3 Play is expected to come with a 6-inch 18:9 display and be powered by the Snapdragon 636 processor. The handset will allegedly be offered in two variants – 4GB RAM + 32GB storage, and 6GB RAM + 64GB storage. The rear camera module is expected to be 12MP + 8MP setup and the front camera will likely be a 5MP unit. A 3,000mAh battery can be expected to provide the juice.

Nothing else is known about the device at the moment. We will bring you more details as and when they emerge.