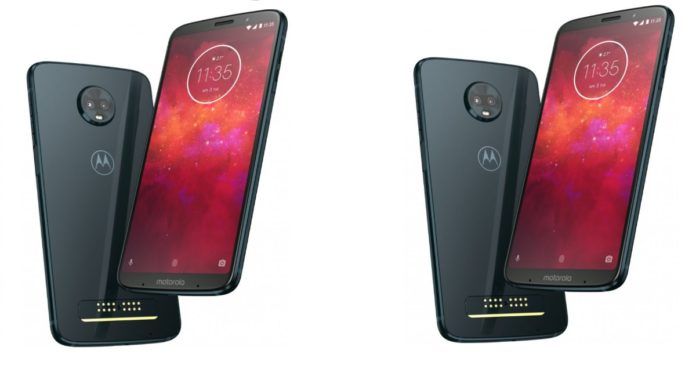 “Just like its predecessor, the Z3 Play offers support for Moto Mods“

Lenovo-owned Motorola has unveiled its latest smartphone called the Moto Z3 Play today. The phone comes as a successor to the Moto Z2 Play (review). Just like its predecessor, the Moto Z3 Play also flaunts a semi-modular design, which allows it to be attached to several Moto Mods accessories like a Battery Pack, Projector, and an Insta Print. The handset also boasts a water-repellent nano-coating. Interestingly enough, the smartphone seems to be carrying a Motorola branding up front which wasn’t the case with the earlier Moto Z series devices from the company. Additionally, the Z3 Play is the first phone from the brand’s stable to sport a side-mounted fingerprint scanner. 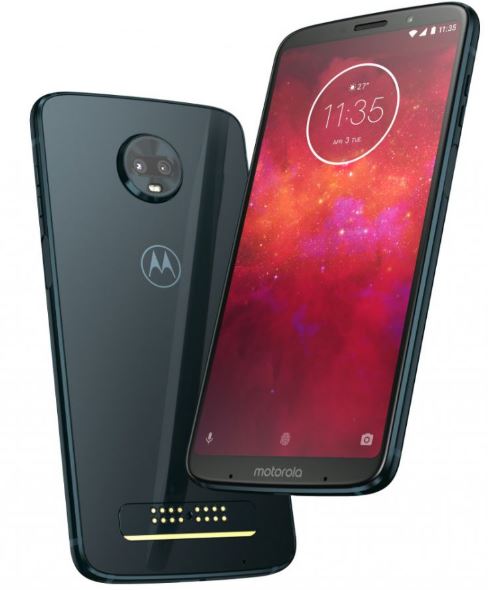 The Motorola Moto Z3 Play offers a 6-inch full HD+ Super AMOLED edge-to-edge display with a layer of Corning’s Gorilla Glass on top. The phone is powered by a 1.8GHz octa-core Qualcomm Snapdragon 636 SoC, which is based on the 14nm fabrication process. The phone is equipped with an Adreno 509 GPU and 4GB of RAM. The device comes in two storage configurations – 32GB and 64GB, which can be further increased by up to 2TB by inserting a microSD card.

At the rear, the Z3 Play gets a 12-megapixel primary shooter with f/1.7 aperture, aided by a 5-megapixel f/2.2 secondary snapper and a dual-tone LED flash. For selfies, there’s an 8-megapixel shooter with f/2.0 aperture. The connectivity features include 4G LTE, VoLTE, dual-band Wi-Fi, Bluetooth 5 LE, GPS, NFC, and USB Type-C. A 3,000mAh battery keeps the Android 8.1 Oreo-powered handset running. 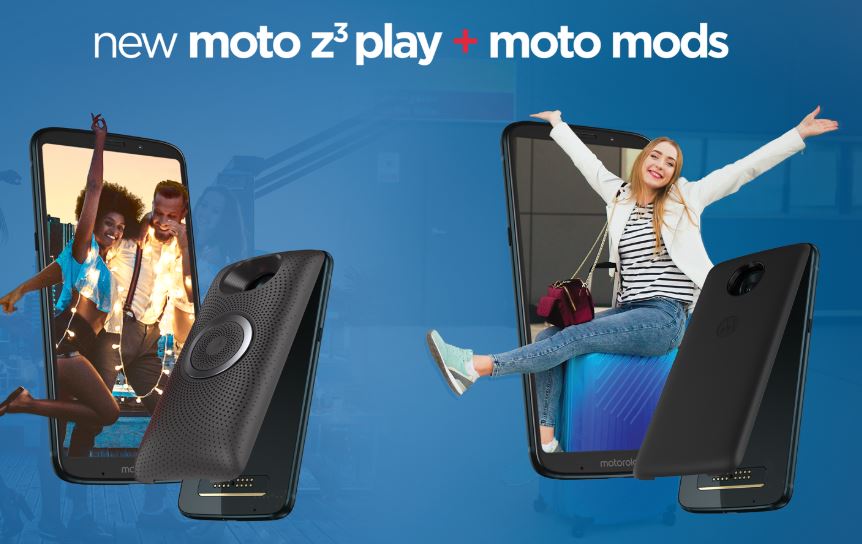 The Moto Z3 Play will be available in Brazil starting today at R$ 2,299 (~Rs 40,200). In the US, as part of the inaugural offer, the handset will be bundled with a battery Mod. The phone will be going on sale at a starting price of $499 (~Rs 33,400) and will be available to buy through retail stores later this month.