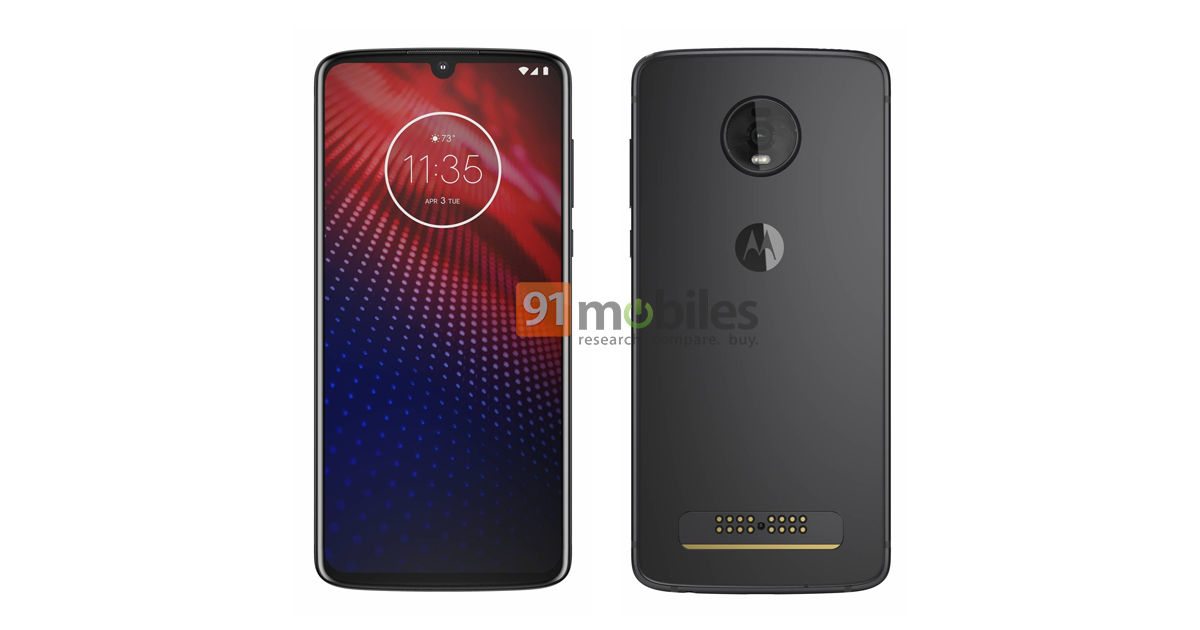 Last year, Motorola unveiled its Moto Z3 with 5G connectivity support via a Moto 5G mod. Now, the company is said to be working on a fourth-generation model in the series, called the Moto Z4, which will likely launch at some point in the near future. The phone has been in the rumour mill for a while and reports suggest that it will come with a refreshed design. Now, we bring to you the first official press render of the Moto Z4, which reveals key details regarding the flagship’s design. The Moto Z4 press render comes from a reliable source and shows the phone will ship with a design that looks pretty similar to that of its predecessor, the Moto Z3. The only notable difference here you see is an edge-to-edge display with a waterdrop-style notch on top to house the selfie camera. The phone has thin bezels on the sides, the top, and the bottom.

The render suggests that the Moto Z4 will feature only a single primary camera, which is rumoured to be a 48-megapixel sensor sourced from Sony. There’s a 16-pin pogo connector at the back, which will allow users to attach Moto Mods. A fingerprint sensor isn’t visible on the device, which suggests the handset will have an in-display fingerprint sensor. Lastly, the handset’s power button and volume rocker are placed on the left side in the render.

As far as the specs are concerned, the Moto Z4 is expected to be powered by Qualcomm’s latest top-of-the-line Snapdragon 855 processor. Just like its predecessor, the phone will offer 5G support through the 5G Moto mod. The device is likely to offer vanilla Android experience and could boot Android 9 Pie out of the box. The smartphone is expected to retain the 3.5mm headphone jack and feature a USB Type-C port. Sadly, no other details about the handset’s specifications are available at the moment.

It’s worth mentioning that similar-looking CAD-based renders of a Motorola device being referred to as the Moto Z4 Play are also floating online. However, our source suggests that Motorola has no plans to release a Play model in the Z series this year. 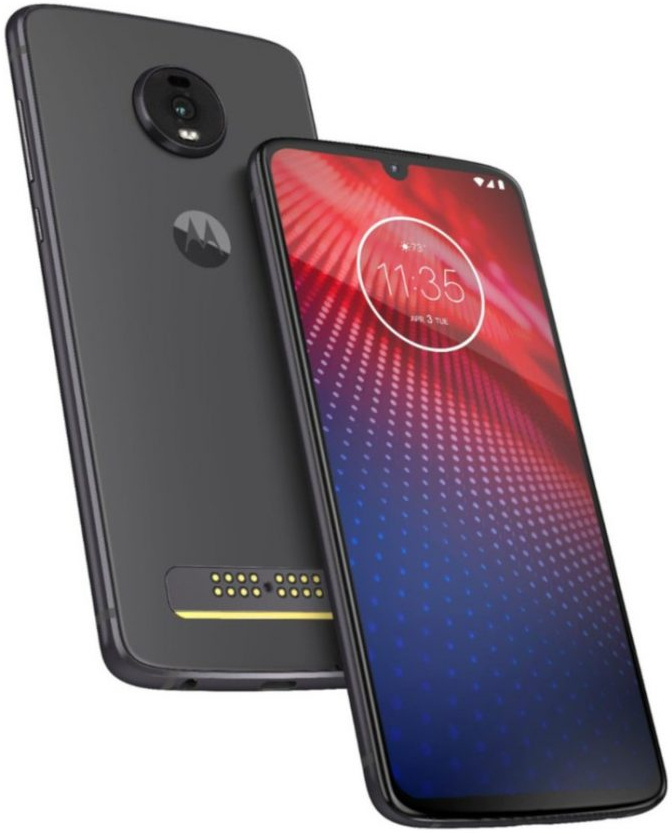