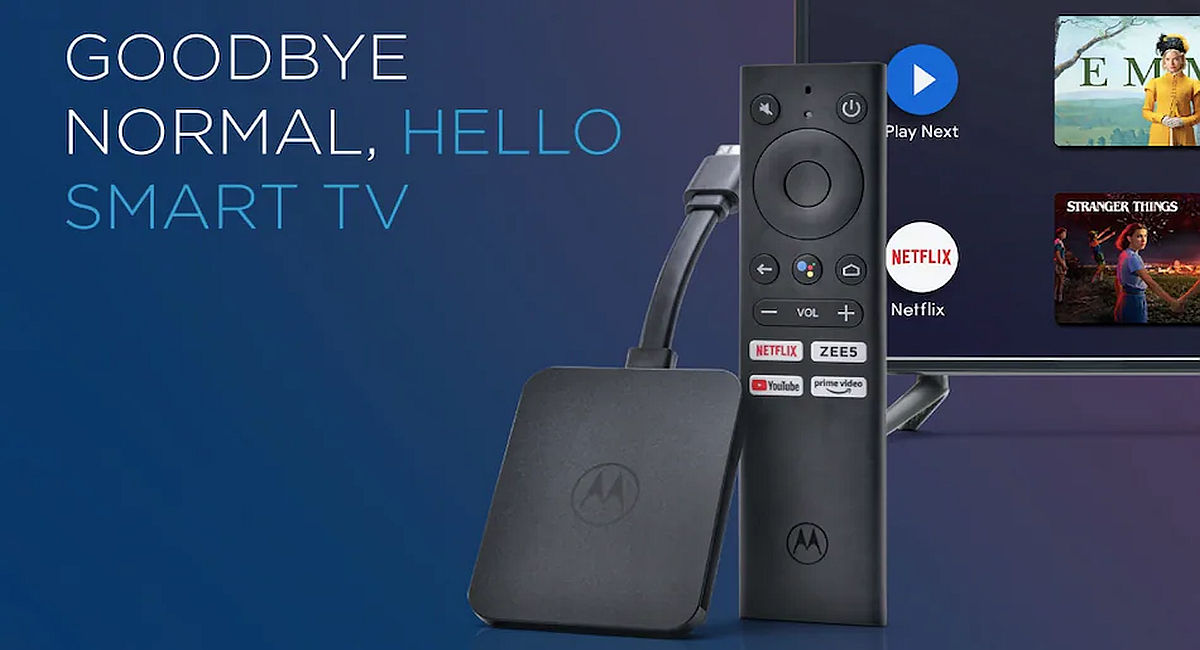 Motorola 4K Android TV Stick price in India is set at Rs 3,999, significantly lower than that of the similarly-specced Amazon Fire TV Stick 4K. It will go on sale via Flipkart starting on March 15th, 2021.

The Motorola 4K Android TV Stick is equipped with 2 GB RAM, which enables smooth browsing and 16GB storage for all the apps one can sideload. It also comes with a remote that has a dedicated Google Assistant button that can receive voice commands. Furthermore, users can also link the Motorola 4K Android TV Stick with other Google Assistant devices as a part of their smart home ecosystem.