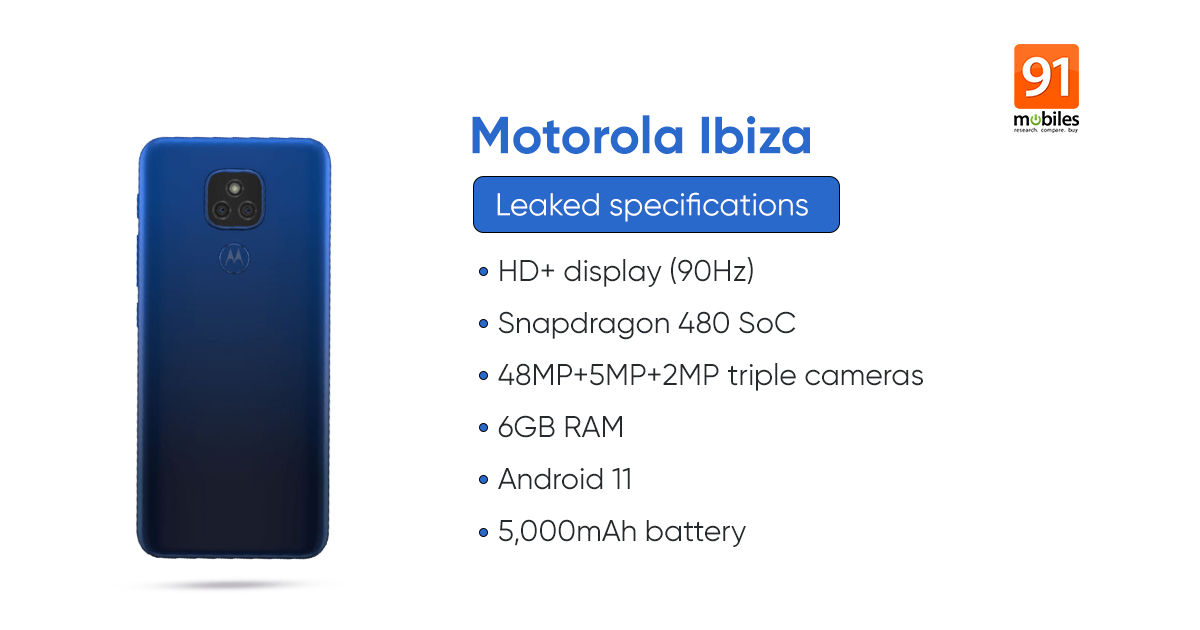 Motorola Ibiza specifications have appeared on Geekbench this week ahead of the phone’s imminent launch. MySmartPrice has spotted a Motorola phone with model number XT2137-2 on the benchmarking website and it is the same model that also received the Wi-Fi certification last month. To recall, we first heard about the Motorola Ibiza specs last month when a report suggested the smartphone will be powered by a 5G-enabled Snapdragon 400 series chipset. This is most like the Snapdragon 480 SoC that went official last month. Now, the Motorola Ibiza specs on Geekbench give us a little more idea of what to expect.

That’s all the information we get about the Motorola Ibiza phone from Geekbench. Previously, the phone was rumoured to come with an HD+ display and a 90Hz refresh rate. The smartphone may also come in a 4GB RAM variant and the in-built storage capacity is said to be at 128GB. The Motorola Ibiza is tipped to feature a 5,000mAh battery, a triple-camera system that includes a 48MP primary sensor, a 5MP macro sensor, 2MP depth sensor, and a 13MP front-facing camera. Motorola Ibiza launch date is yet to be revealed but it seems the phone will release soon enough.